However, it became glaringly obvious to me after the Weekend of Amazing in Eugene that I'm getting chubbier than I'd like. The group shot at the start of the race was a wake up call for me. (Isn't that how it always starts? With a picture of yourself?)

Anyway, after all the beer and donuts were gone, Heather and I have joined forces with a (super un-fun) plan to NOT eat all the things. For pretty much the first time EVER, I am actually watching calories (NOT FUN) and am keeping myself accountable by texting Heather pictures of my meals. (You're welcome by not overloading Twitter/Instagram/Facebook with my super boring pictures of salads).

To be honest, there has only been a few times where I started to get hangry (hungry/angry) and annoyed that I couldn't/shouldn't be eating anything. I still carb loaded before my race at Chili's (but made sure to watch my Chips & salsa intake), still had free beer Friday, and still celebrated post-race with Smashburger (Colorado burger and sweet potato fries).

Now don't get too concerned, 3.6 of those pounds were in the first 24 hours, so it's obviously water/beer weight from the "Growler Challenge" I failed at last Monday. Taking THOSE pounds out of the equation, looks like I'm responsibly on the way to dropping those 10-15 pounds I've added in the last year.

My birthday is coming up in a few weeks, I'll just have to settle with ONE piece of cake instead of ALL the cake. 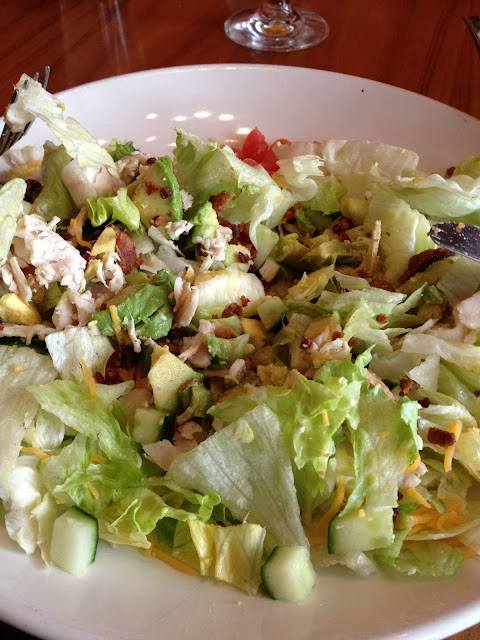