Tuesday (19,694 steps) - Work in the office and a decent run at Stone House for Green Mountain run club. 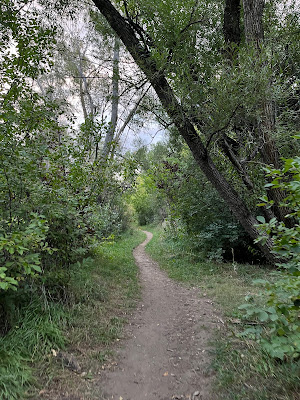 Wednesday (17,630 steps) - Work in the office and headed to the south side of Standley Lake for different hill repeats.
Thursday (16,340 steps) - Work from home. Ben was working out of town and called to say he was going to be bringing Pika to urgent care. I did my run during an early lunch since I wasn't sure when I needed to meet him there. 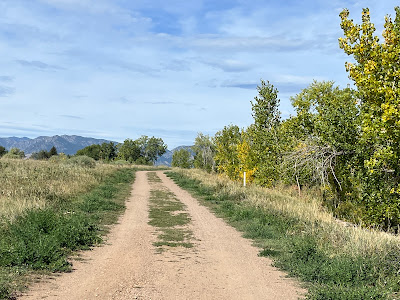 I don't want to go into a ton of detail, but by the time we spoke to the vet and went over bloodwork, we were told she was in acute kidney failure. We certainly weren't expecting to be going through this and didn't have much time to get a hold of Ariel to meet us at the hospital to say goodbye. Not at all how any of us thought the day would end. We will sure miss our furry friend :( :(
Ben and I ended up going to 4 Noses for a bit.
Friday (7,392 steps) - Skipped my morning run at Wash Park but still had to go to work. Work in the office. Ben met me for lunch and we went to Campfire again. Their food is so delicious! 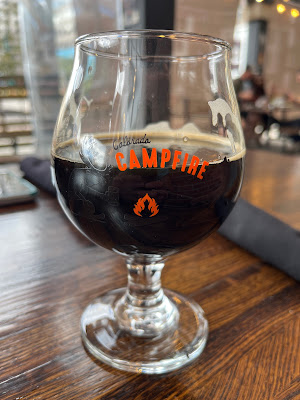 Don't remember what else, although Ben and I did go to 4 Noses again.
Saturday (25,999 steps) - Met Paula and Erica in Golden to head up to Frisco for a hike! We had plans to do lower Eccles to see the fall colors. The forecast didn't look promising, but it ended up being a beautiful day. 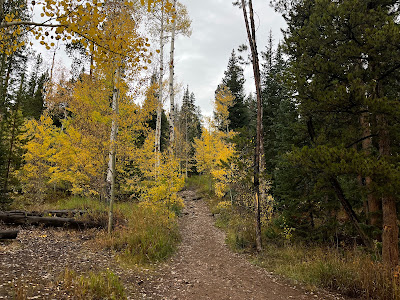 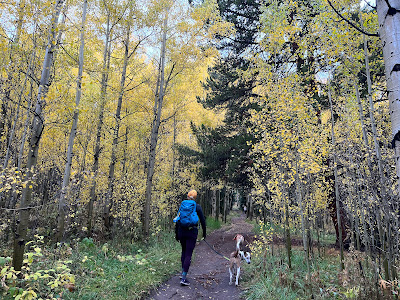 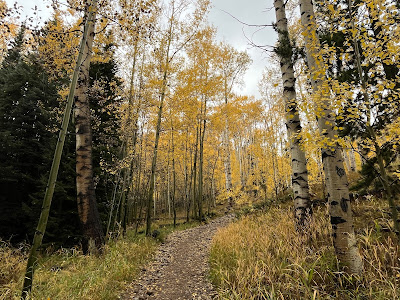 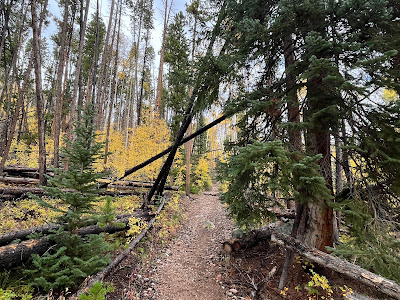 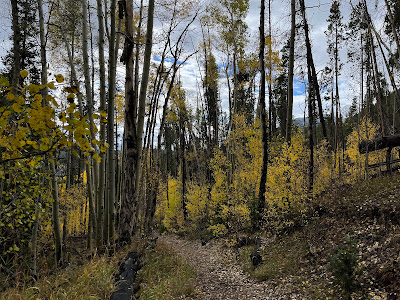 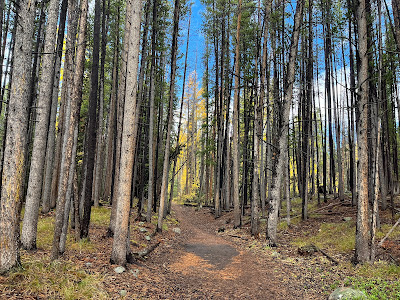 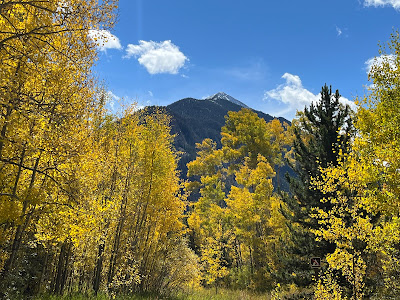 We had plans to stop in town to get lunch before going home. Unfortunately, there was a major accident at the tunnel and we got stuck in some horrendous traffic going over the pass, where it was SNOWING. 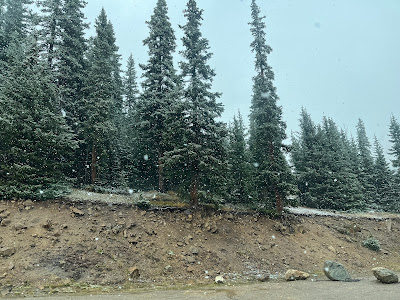 THEN, I still had an hour long run to do, and I chose the canal trail near North Table for something different. It was not a great run. I had to take a ton of walk breaks because my heart rate was getting too high. 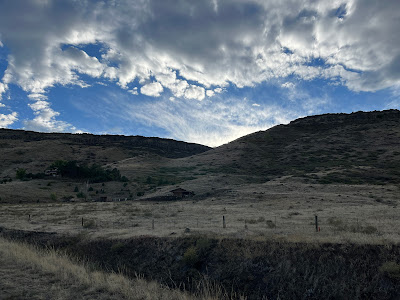 Qdoba for dinner. Nothing else?
Sunday (15,734 steps) - Drove up to Heather's house because we planned a hike in Golden Gate park. The weather did not cooperate - it was raining when we arrived and there was no parking. We drove around a bit and then just went back to her house and talked for a bit.
I still had a short run to do when I got home, but I just ran on the south side of the lake. It wasn't bad. Ben and I went out for a very late lunch (early dinner?). 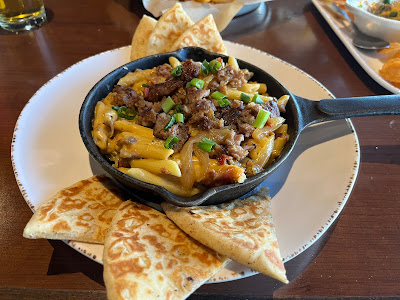 Ben and I went on a "Pika" walk to the lake. It was a pretty night. 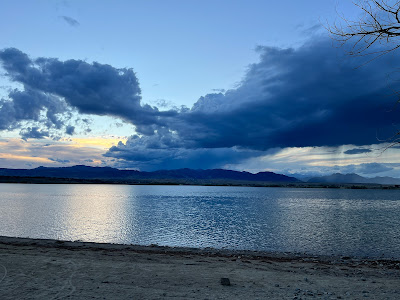 Watched a movie.
Monday (12,439 steps) - Work from home. Went for a walk at lunch, which was pretty depressing because it was the same route I used to walk daily with Pika. Spent most of the day packing and organizing. Ben and I went for a walk in the rain after he got home from work and we had enchiladas for dinner. Since it's October 3, we of course watched Mean Girls.
Stats:
at October 05, 2022