Tuesday (11,521 steps) - Finally made it down to Sloan's Lake for run club. Barely got there in time. Ran solo, with music, fairly fast.
Wednesday (15,274 steps) - Rained. All. Day. Long. For the first time since we have been running out of Boulder, the trail run was modified. We ran a super speedy loop out of the hills. I wore my UD ultra jacket and was pretty bummed that I was soaked to the skin in a matter of minutes. 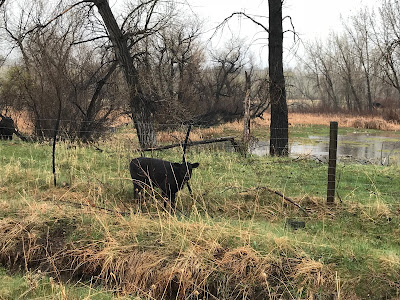 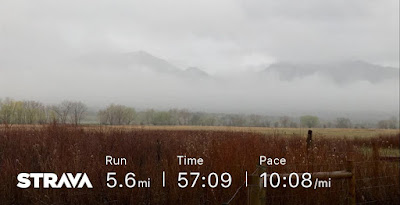 Made for a VERY long hour. Went to Southern Sun for about an hour, but finally left because at 8:30 our table STILL wasn't ready.
Thursday (11,398 steps) - Barre with Sienna. Belmar run club! I opted to actually "taper," and just walked the little loop with A and Ang. AND THEN, it turns out the "Second Saturday" folks got me a cake for my birthday! 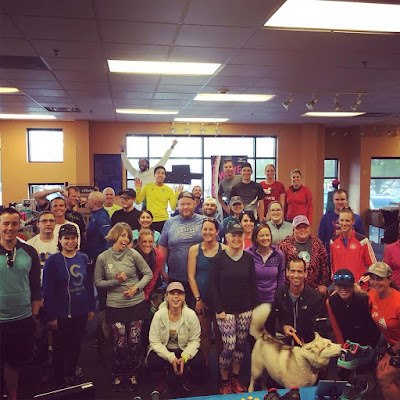 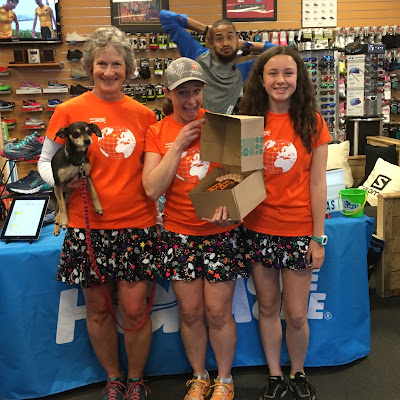 We went to Rocko's after to celebrate with nachos (and aforementioned cake). Dropped A off on the way home to spend the night at her scout leader's house. She didn't have school on Friday and they were heading up to camp early. LAST MINUTE PACKING.
Friday (7,749 steps) - Up early to shower and head to the airport. No issues with the flight, until we got about an hour in. Then we hit weather and it was the most turbulent ever. Landed on time, but sat on the tarmac for an hour waiting for the flights in front of us to taxi. Airport was the most crowded EVER, and even though I had landed at 12:50, it was almost 2:30 before Lisa picked me up. We stopped at Burger University on the way to her house, where I had a delicious burger, sweet potato fries and a beer.

We sat around at Lisa's house until 6:45, then she dropped me off at Heather's. We immediately started the drive down to Bastrop. It rained the WHOLE TIME. We got to our hotel around 8:30, drinking a beer and watching Catfished until maybe 10, then lights out.
Saturday (38,421 steps) - Wildflower 25K! 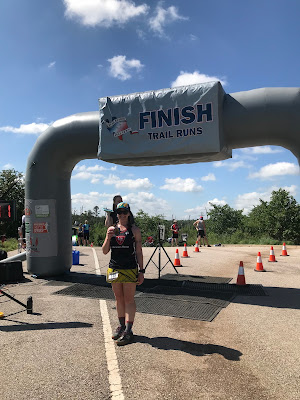 Drove back to Heather's house for a quick shower before going to get lunch. Cinco de Mayo, so we of course went to get some Mexican food. I had some delicious green chili enchiladas. 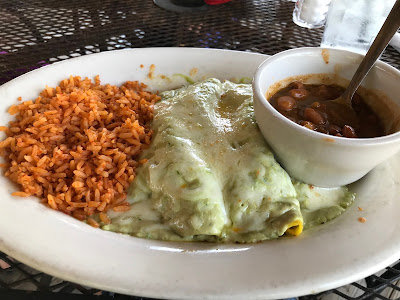 AND THEN, we went to get some lemon meringue pie! Best post-race food ever. Sadly, we only had a few hours to watch Teen Mom: Young & Pregnant, before I had to get to the airport. SHORTEST TRIP EVER. My flight was delayed, but according to the monitor, not by a lot. TURNS OUT, we left over an hour late. Didn't get home until almost 10:30. Wah.
Sunday (13,497 steps) - Alarm went off an hour early on accident because I hadn't changed my watch back. Grrr. Helped Ang hand out bibs before running the 5 miler. My predicted pace was 10:35, and I surprised myself when my first mile clicked at a 9:50 pace. Uh oh. Walked through the first aid station, felt pretty good, then felt like I needed a break. Willed myself to run past the 2 mile marker. Another sub 10. Walked up the only hill that I remembered, turn around at the second aid station. 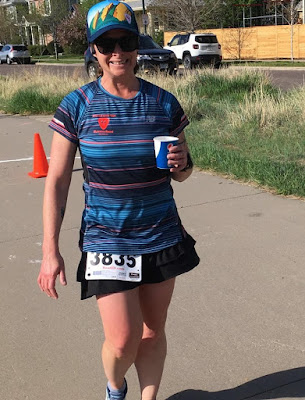 Ran well until the third aid station at 3.7 miles in. Tired. Hot. Stopped to walk with Ang for a few, then tried to run into the finish. Took another quick break after 4.2, then really kicked it into gear for the finish. So close to an overall sub 10 pace!! My crazy "fast" run earned me a 4th place ribbon! Woo hoo! 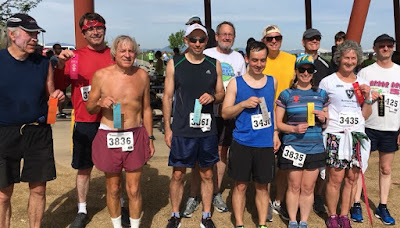 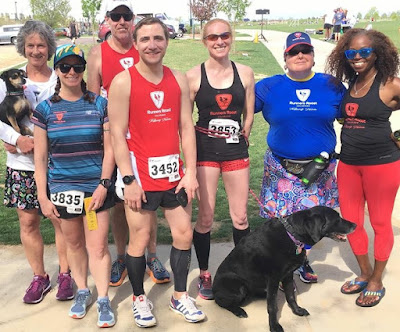 Stopped at the grocery store on the way home, only beating A there by about 10 minutes. We'd only been home a few minutes when Mo called and asked if we wanted to meet for a patio beer. Headed over to Odyssey, where we stayed until about 2:20. I dropped off A for her camp meeting, then I started my packing for next week. OMG PACKING IS THE WORST. Had crockpot green chili turkey & rice for dinner, watched an episode of Quantico. Where did the weekend go?!
Monday (15,303 steps) - Got up to go to barre, drove to the studio, only to find out that class was cancelled. Wah, I could've used the extra sleep. Run club at New Terrain / North Table! Thanks to the rain that we got last week everything was SO GREEN. After getting in trouble by a ranger last week we had to split the group in half. A wanted to run with Sean, which meant counter-clockwise, and running the steep way. At least the downhill went fine. 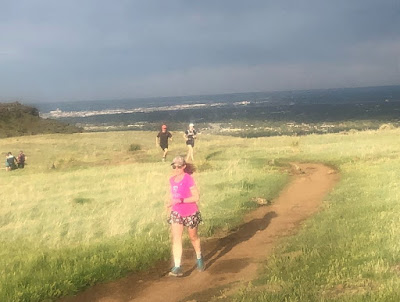 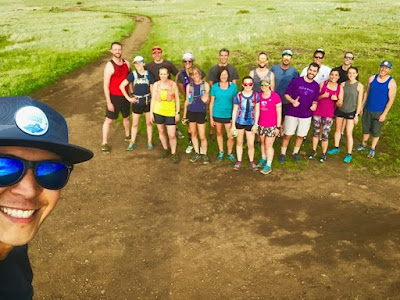 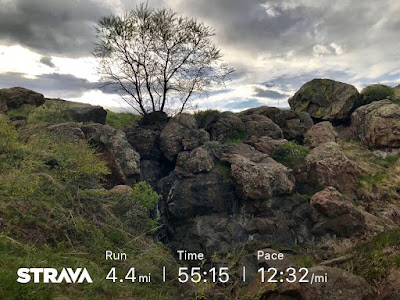