Tuesday - Did this day even happen? Dailymile says I didn't do anything. It was the first day back from New York, so I'm guessing I went to bed early. (Well, earlier, since I'm almost always in bed by 9:30).
Wednesday - Tried to run during lunch - first run since NYC. It was horrible and stopped after a mile. Went to BodyPump at night.
Thursday - Again, tried to run during lunch. Again, barely made it a mile before I stopped. So... there's that. Tried another run at night, didn't even make it three miles.
Friday - Got up early and did an upper body video. PIZZA!!
Saturday - L and I ran the Highlands Ranch Backcountry Trail half marathon. Weather was awesome, maybe even a little warm. 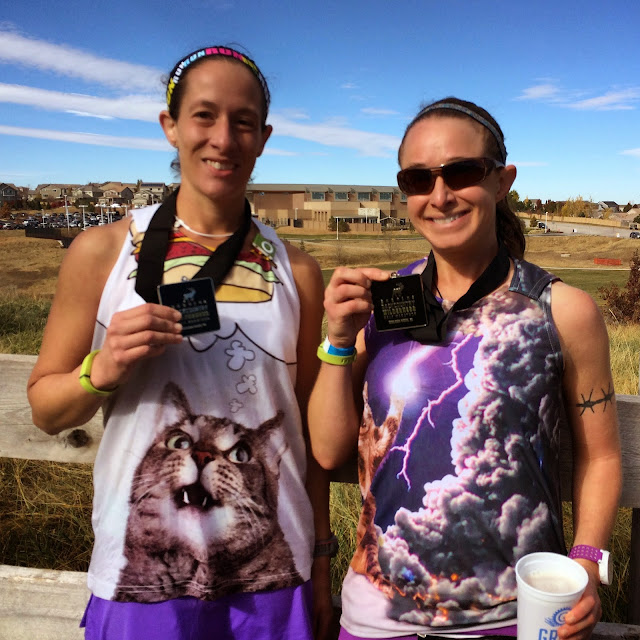 I feel like something else must have happened that day. But what...
Sunday - I whipped out the crock pot for the first time since the spring. Nothing super exciting, just chicken, hatch green chili salsa and onion. It was tasty. We took to the kids swimming at the rec center. I enjoyed sitting outside in a lawn chair for probably the last time of the season - polar vortex headed our way! 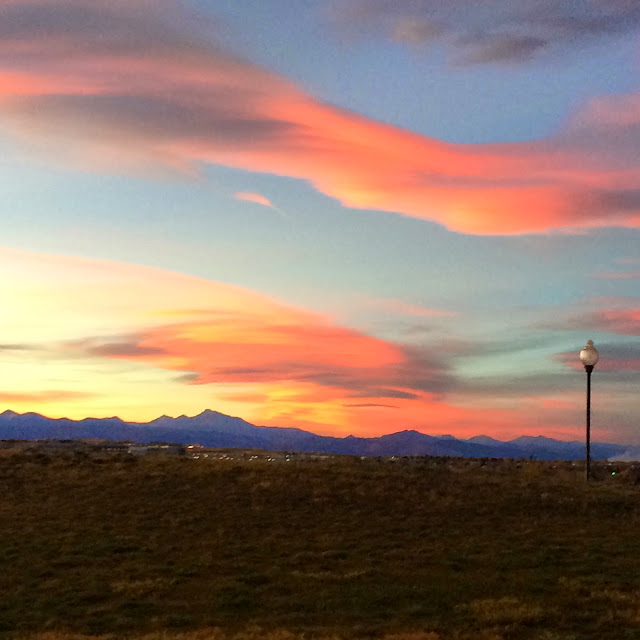 Butt/Thigh video after dinner. I had forgotten how much I like this one!
Monday - Tried to run at lunch. Horrid. Awful. Not good. Stopped at a mile. Again. After work I went to a meet and greet with Lisa. Beer and dessert.

Weekly Miles Run - 19.17
Minutes of Cross Training - None
Minutes of Strength/Stretching - 113 (way up from previous weeks) 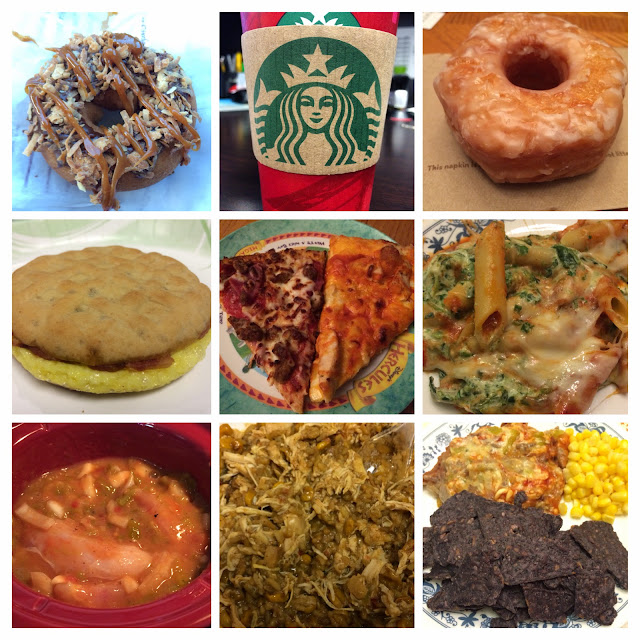 So really, the only run that wasn't the Worst Ever was the trail race. Every other run since New York has felt hard. I've felt sore. I didn't run much the week leading up to NYC and I feel like that race was a catastrophy. My next 100 (attempt) is next weekend and I am NOT going into it with any confidence. I finally have a forecast to look at (60% chance of rain). The trail is substantially more technical than I thought. My pacer had to back out. I have ZERO confidence with how tired, achy and overall Blah/Sore I have been feeling.