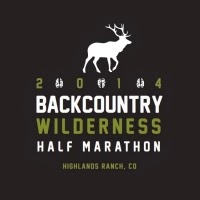 Sometimes I get confused. When L suggested we run the Backcountry Wilderness half marathon, I clearly had forgotten how much I did NOT enjoy running it in 2012. Somehow, it seemed like a good idea at the time to run one last trail race before the Big One two weeks later.

The race started at 9 am. With a drive of about 45 minutes, we didn't have to drop off the kids at my parents' house until 7:15. Of course, I realized about halfway there that I didn't have my purse on me so we had to go back home so I could grab that anyway. Luckily, we live about 5 minutes away so it wasn't a big deal.

When we ran last time, we parked at the rec center. This time, however, we were not permitted to park there because there was another event happening. We had to use street parking. With the race selling out with 800 runners, you can imagine that finding parking wasn't the easiest. Luckily, we had gotten there with about an hour to spare so we weren't that far away.

Headed to the start area to pick up our packet, where we also noted that there were only 6 port-o-potties. For 800 runners, plus volunteers and vendors. Only took a few minutes to get our stuff and headed back to the car to wait until it was time to use the bathrooms before starting.

We risked heading to the rec center to use indoor bathrooms and barely had time to get to the start before the race began. Due to the high number of participants and the fairly narrow trails, they were doing a staggered wave start. L had started in the second wave and I started in the third (optimistically hoping for a sub 12 minute mile pace). 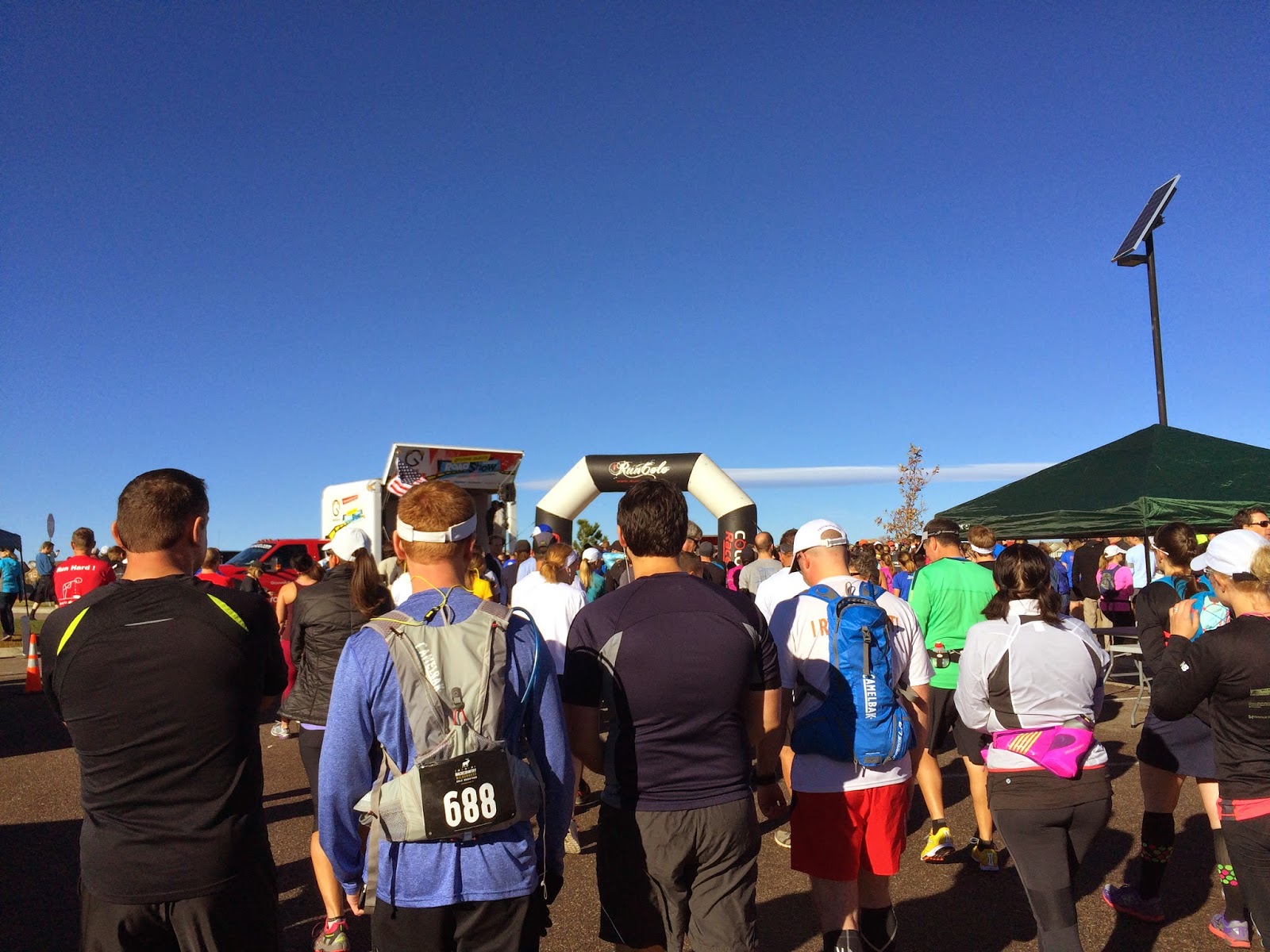 The first mile of the course was as I remembered, on sidewalk and running along the street to get to the trail section. I had to start walking less than a mile in due to severe calf cramping. I spent a lot of time walking in the first few miles. Even though I had run the race before, I really couldn't remember what the course was like.


Miles 2 to about 7 were flatter and on wider trails, with no substantial climbs, although I still hiked up most of the hills. My calves had loosened up, I just felt like my legs were fatigued.

After the second aid station around mile 7.5 we moved onto the single track. (No pictures of this section. Most of this was pretty crowded and substantially more technical/muddy). This section of trails I remembered very clearly from Chase the Moon. I was moving really well down the trail, although in the shaded areas it was pretty muddy and slick. I got trapped behind a conga line of runners that I stuck with for about a mile and a half. For a minute, it seemed like they were going too slow, but it probably helped to level out  my pace so I didn't tire out.

The sun was getting higher in the sky and it was getting WARM out. There was a decent uphill again to the last aid station at mile 11 and then it was all downhill from there for the last 2 miles. Well, until the ridiculous tenth of a mile hill to the finish (which, at least I remembered).

Grabbed my medal and some water, then hit up the free beer from Grist Brewing Company. 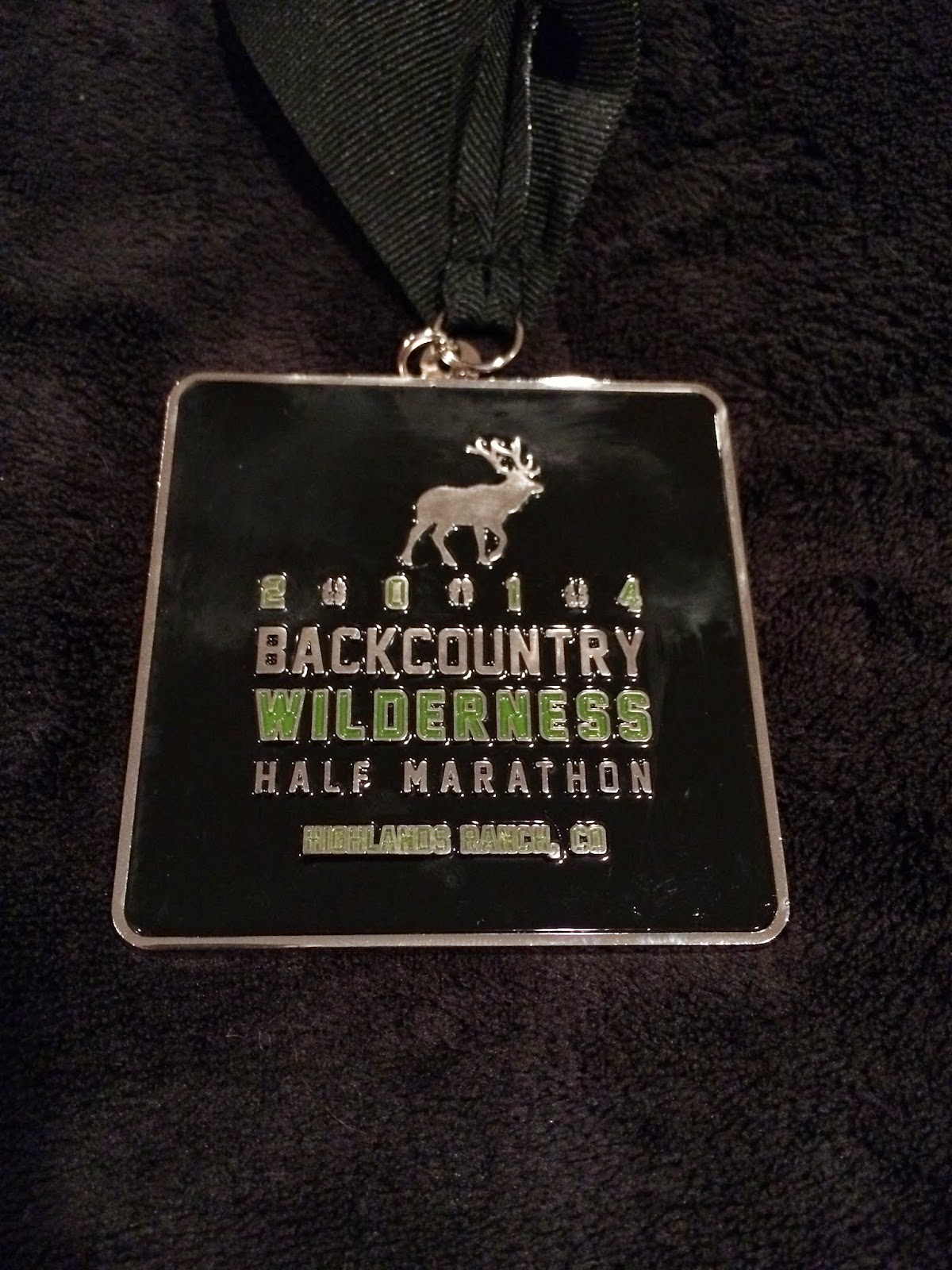 About 13 minutes than the last time I ran, and I felt substantially better (albeit, slower), than last week at NYC. Of course, I wanted to run "faster" and feel "better" - but considering the last few weeks have felt rough and I've felt tired, this was a good effort. 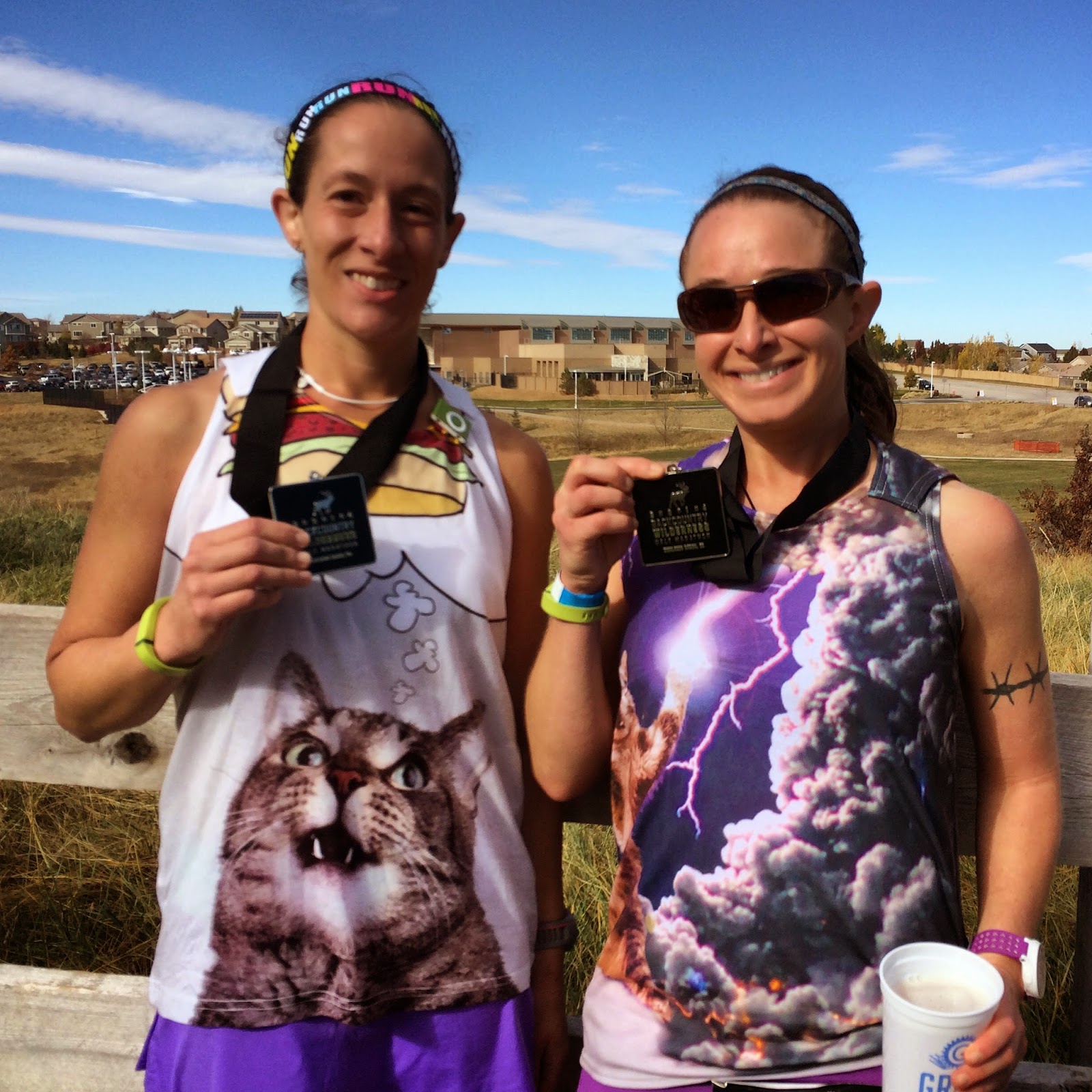