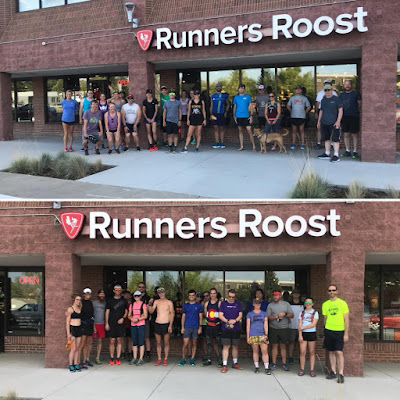 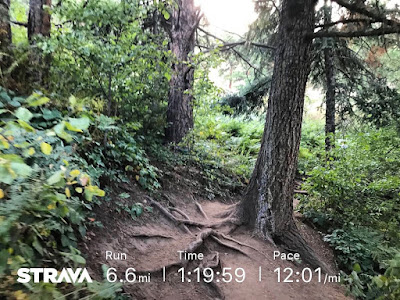 Even though my weird stalker guy showed up we had a fun time, and even went to JT's house for a bit for some croquet. 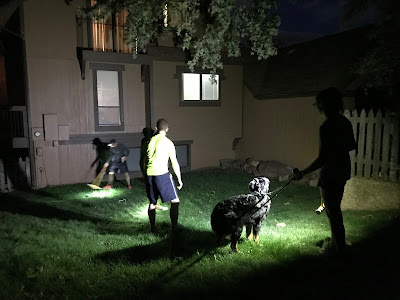 Thursday (21,458 steps) - A didn't want to run, so I went alone to the Runners Edge trail run at Dakota Ridge / Matthews Winter. It was hard as hell, not sure I would have gone had I realized what our route was. I was so far in back it was truly pathetic. We barely got done before it got dark. Super late by the time I got home. 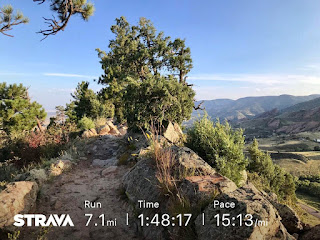 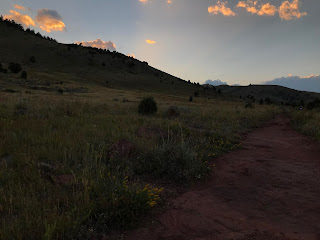 Friday (12,002 steps) - Work REI to pick up new rain pants for A and the grocery store.
Saturday (31,884 steps) - Up crazy early for Runners Edge to set up our aid station. Still not really following a training plan, but decided on 14 miles. Hilly route in Aurora/Parker, but it wasn't terrible. 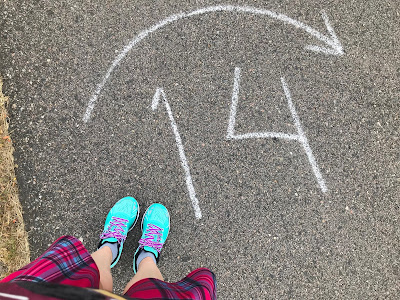 We stopped at Berkeley Park on the way home and I picked up a new pair of Hokas and some socks, got lunch at Torchy's and then spent the afternoon doing nothing. Our big excitement came when the police knocked on our door at 8 pm. Apparently someone requested a welfare check on A. So that was fun.
Sunday (7,409 steps) - Slept in. Went to the store to pick up eggs and donuts. Made breakfast and then we watched TV, cleaned the house and packed for Montana. Around 2:30 we went over to Jessa's house for a bit. Ate some food and watched the newer It movie. More TV at home, bed early.
Monday (16,930 steps) - PF Core & 360 Strength. Oof! Finally made it back over to New Terrain after work. It was blissfully cloud, AND I was going to try out the new Hoka Speedgoats before the weekend's run. I actually didn't feel terrible, but my pace says otherwise. Stuck around for a drink on the patio with Paula, John, Lisa & Annette before heading home. 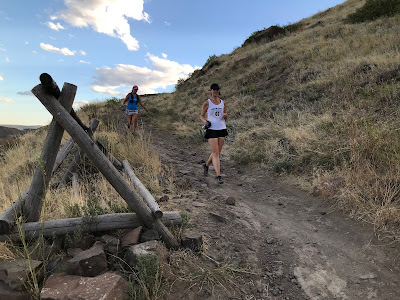 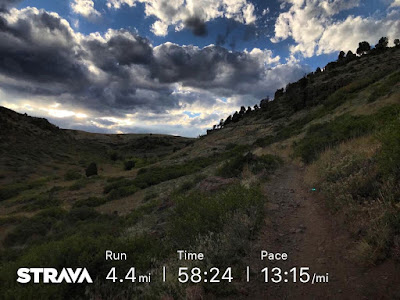