Tuesday (10,156 steps) - A and I went for a short run in the blistering cold (seriously, 6 degrees). With her heading to Outdoor Lab for the week, we need something for the January strava streak. We dressed appropriately and it wasn't terrible. We also saw two coyotes on our way back home. 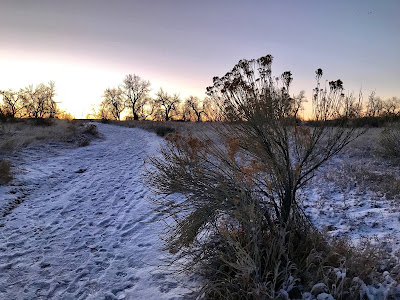 With A not home I could party like it was 1999. I met a friend for some beers at a new place, Growlers USA. Then I finally tackled Day 1 of The Great Purge of 2018 - finally doing a REAL sweep of my junk and selling/donating.
Wednesday (17,279 steps) - Runners Roost Boulder run club! The group decided to do a "hillier" route for John's last week. What THAT meant was an NCAR double. I almost died. This was a hard one! At least there was one gal that was only a little faster than me so I wasn't alone. After, there was a presentation led by a guy that is doing the Seven Summits, although we mostly heard about his trek up Everest. I filled up on pizza and cupcakes. More cleaning at home - this was done by shoving everything that was under my bathroom sink into a reusable bag and sorting through stuff while watching Criminal Minds.
Thursday (14,711 steps) - Belmar run club! I arrived early enough that I planned on doing some early miles, and was very pleased to see Dulce and Zach there, so we went out and ran the little loop, then the big loop with the group.

Actually went over to Rocko's for some tacos after. More cleaning! More clothes and shoes. Damn I have a lot of stuff. 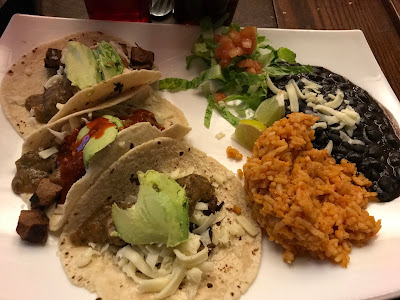 Friday (10,405 steps) - Picked up A from Outdoor Lab and just had her come to the office with me since it was so late. Did a loop around Lake Arbor for a our strava streak mile. 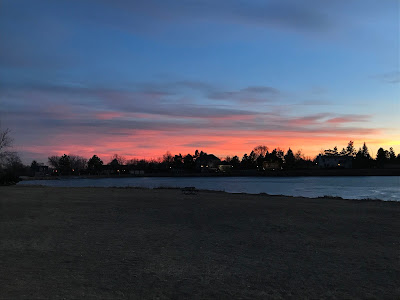 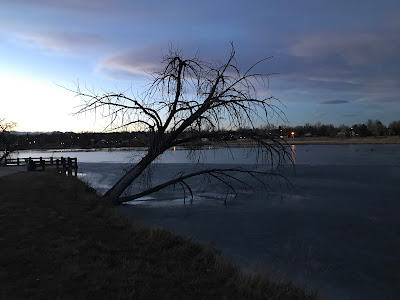 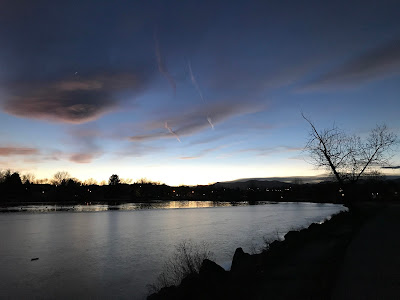 Saturday (24,899 steps) - Runners' Edge spring kick off! Weather was pretty fantastic, and I had a great run. We did 10 miles from the Roost in Denver around Wash Park and through some neighborhoods. I love the tile art some people have on their fences! 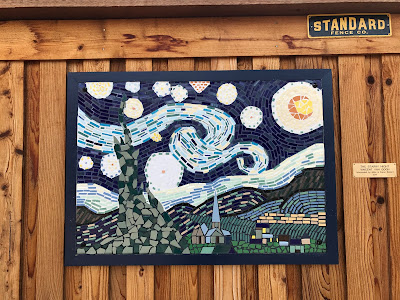 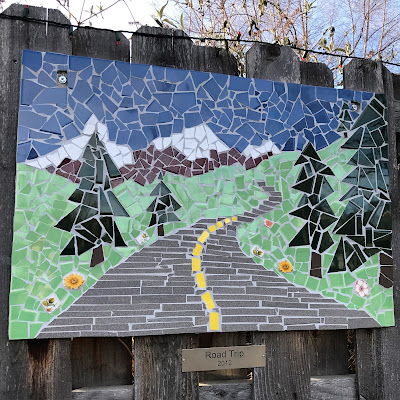 After we picked up our aid station we met up with Ang at Rupert's at the Edge for brunch. Ironically, Lisa was there with her friend Jen, so that was fun. 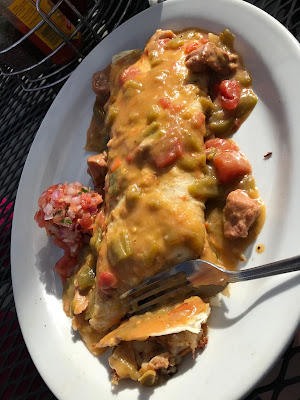 Stopped at the store on the way home and then more cleaning/decluttering. Took a break to go to the cheapo movie theater to watch Pitch Perfect 3 (again), then went over to Dulce's for an impromptu family dinner. Fun night! 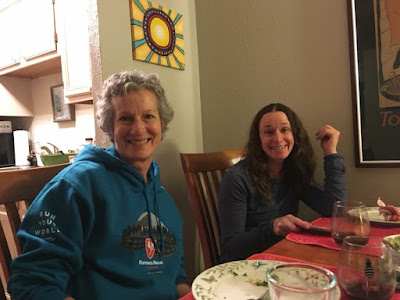 Sunday (7,316 steps) - Snowpocalypse. Cleaned/decluttered in the morning .The weather was not improving, so we decided to head out for our mile... on snowshoes! That was quite the adventure. 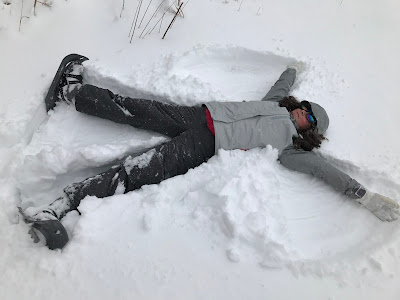 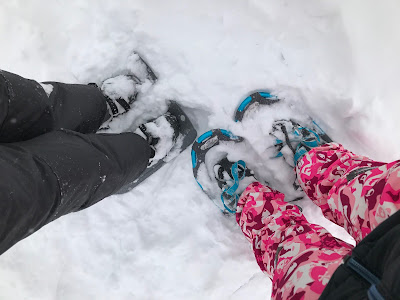 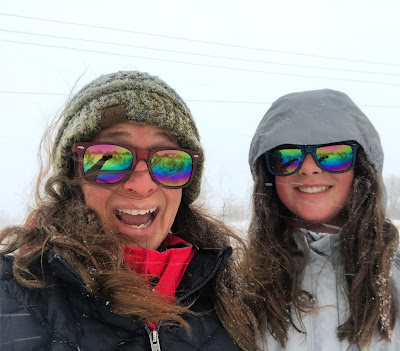 More cleaning/decluttering. Sold quite a few things and completely filled the back of the car with more stuff to donate.
Monday (11,624 steps) - Headed out after work to run at Standley Lake. The 1/2 mile of sidewalk on the way was plowed. Once we got out nearer to the dam the snow had drifted and was decently tough to run in. Overall, it was a good run - we even saw some owls! 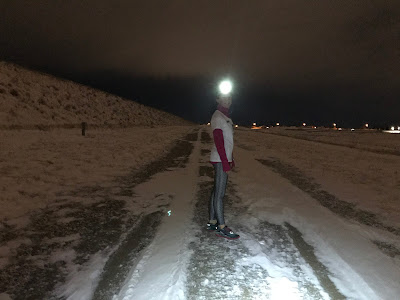 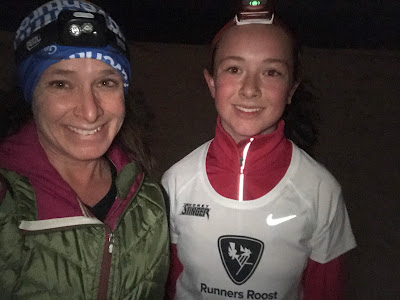 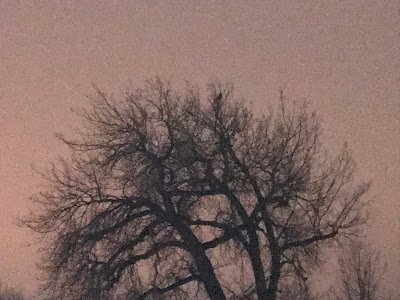 Unrelated... has anyone had discrepancies with their step count on their Garmin and what Garmin Connect says? I googled and found some mentions in old forums, but nothing recently. I don't show that my watch (Fenix 3) needs an update right now. Anyway, it's annoying.
at January 23, 2018