Wow - where did 2021 go?? Seriously. It FLEW by.
Tuesday (18,109 steps) - Work in the office. Went to the gym at lunch and did a chest/back workout.
After work I headed over to Bear Creek. Since I had the same run on schedule as last week (20/20/02 Build), I was curious if I would be able to improve on it. First off, it was chillier, BUT!! I didn't need to use my headlamp the first mile. C'mon spring, I'm waiting... The run itself wasn't "great," but it went a LOT better than last week. I felt better and I was faster. 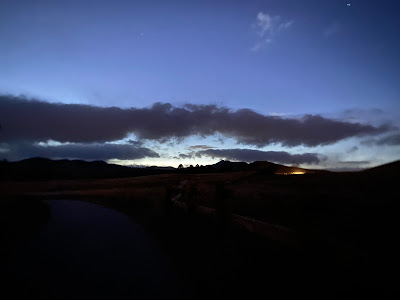 Ben was off, so he met up with us at Green Mountain for a beer. Of course the one time he can actually go, hardly anyone was there. Because it was cold?
Wednesday (7,577 steps) - Work in the office. I *really* should have gotten up earlier and done my workout before work. But I didn't. Sigh. So went for a walk at lunch. After work I met Ben at Woods Boss for a beer. THEN, I had to go home and do my HOUR LONG Peloton ride. I need to be better about planning out my days.
Thursday (18,587 steps) - Work from home. First, here are pictures of the cats in their respective banana beds.
Most of the day was fairly uneventful. Ariel and I took Pika for a walk at lunch and noticed that it looked smoky to the north. Tyler had mentioned that he thought there probably had to be a fire somewhere. Our office closed at 3 and Ariel and I ran some errands before heading home. I had a call at 6 and Ben interrupted to say "things are getting really bad." Well as you all probably know, not only was there a "fire," but it turned out to be the most destructive fire in Colorado history. 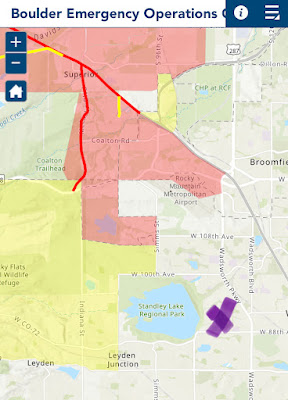 I'll preface by saying that thankfully we are fine, our house is fine. But we had an evening full of stress because the evacuation zones kept getting closer and closer. We actually had the mud room turned into a staging area for emergency gear and things we planned on taking with us should we be evacuated. If nothing else, this proved to be a good learning experience as I couldn't find my birth certificate and some other important items. We will have an emergency checklist going forward.
Friday (12,816 steps) - None of us slept well, so it was a "good thing" that we all had the day off for New Years Eve. It was really a slap in the face that after the horrific fire the day before that we were buckling down for below freezing temperatures and a LOT of snow. Ariel and I managed to get out for a walk with Pika before the snow started. No real recollection of the evening, other than it snowed (A LOT), we stayed up playing some dance game with Ariel (that was a LOT of fun) and ACTUALLY MADE IT UNTIL MIDNIGHT. Who are we??
Saturday (15,203 steps) - We originally had plans to do a 20.22 mile run (like last year). However, with the shift in weather and well-below freezing temperatures, we made a judgment call to skip the long run and reschedule(ish) for Sunday. We did not sleep in since apparently we are incapable of doing that. By the time we took Pika out for her walk it was no longer snowing, but it was VERY cold. Maybe 12-14 degrees. Brrr. 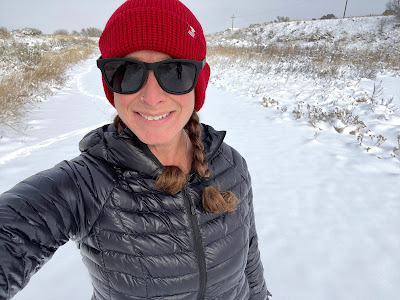 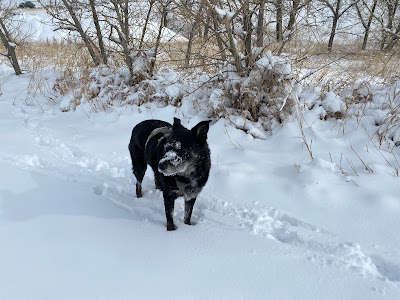 Ben and I both decided that we would get out and do at least a short run, although we were doing separate things. In the past, the city does a great job of plowing the sidewalks, but I'd say there were probably still 50% that weren't done yet - which made for some deep snow sections - but at least it wasn't icy yet. 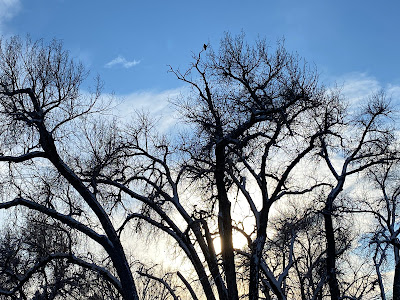 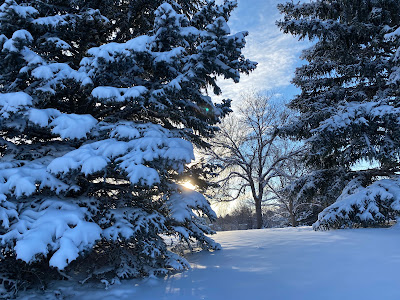 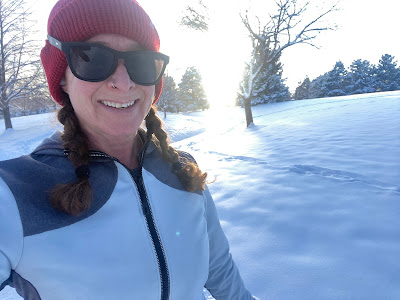 Even though it was still really cold, I was actually fine. The Zip & Zoom hoodie is literally the best running jacket I have ever owned. It will totally replace my puffy coat that I normally have used for my emergency jacket on long running events.
Sunday (27,962 steps) - The group was a bit smaller due to the date change (and probably weather), but a group of us still headed out for what most of us would modify to a 12.22 (for 1.2.22) run. 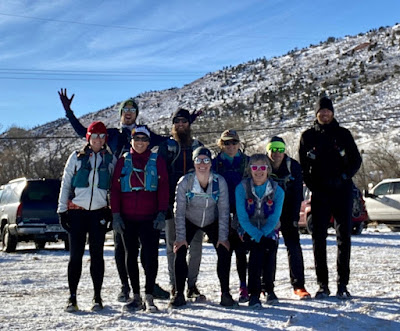 Maureen and I were the only ones that brought spikes, and we were both pretty happy that we had. After the first mile or so of slipping and sliding we figured it was a good idea to put them on before we would start any of the descents. 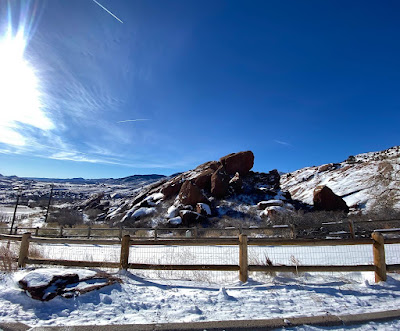 At least it was sunny, and much warmer than the day before. 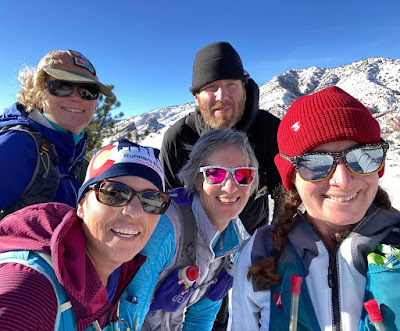 I had to put my jacket in my pack by the time we were about 7 miles in because I was getting way too hot.
I was really not feeling good this whole run. I seem to go through phases where I feel "better," but this run didn't feel that way at all. I felt very sluggish and fatigued, although I am sure that I can blame some of that on conditions. Once we finished our big loop we did a short out and back into the park to hit our distance goal. We met up with almost everyone at New Terrain after. 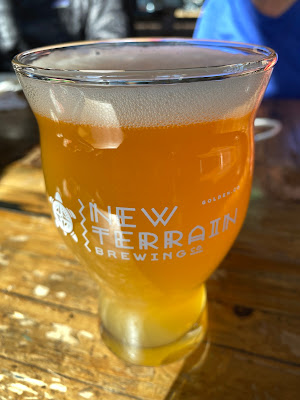 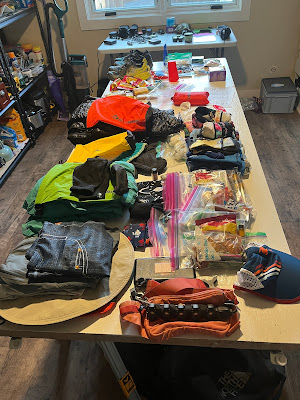