Tuesday (18,557 steps) - I had asked Steph to modify my workouts for the week since we were supposed to have a severe cold front come through later in the week. I decided to just get my run out of the way before work since I needed to get A from practice. It was warmer than I expected! I ran out on the road and then decided to jump on the trails for a bit after using the bathroom. That didn't last long and I'm glad I tested them out first. The trails were chunky and traction wasn't bad, but I also didn't want to roll an ankle, so back on the sidewalk I went. Pretty morning! 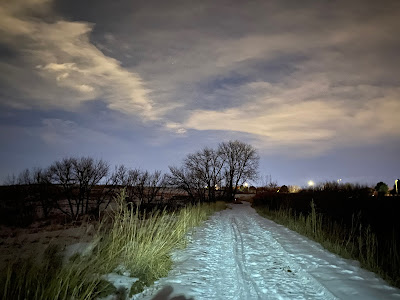 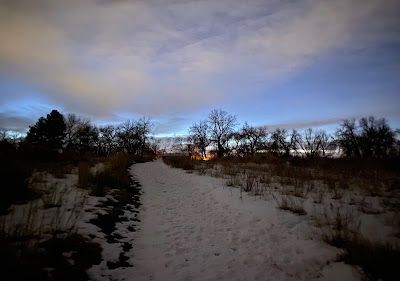 Work in the office. I figured I would double check on the gym situation. Sadness. :( 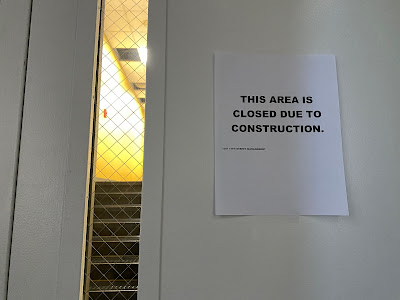 Wednesday (9,337 steps) - Another early morning. I had actual strength training on schedule, in addition to over an hour of biking. I got my strength training done before work - a core video and lower body*. (*I'm going to be feeling that later). Work in the office. The impending snow storm seemed to be having a slow start. Snow was supposed to arrive around 2, and I kept checking every 15 minutes or so. Ben told me things were getting "bad" although I didn't notice it until after 4. I left work a little early in hopes of avoiding nasty traffic. It was slow-going, but not that bad. Did 70 minutes of Peloton before dinner. LONG DAY.
Thursday (9,097 steps) - Work from home and a rest day, thanks to moving my schedule around. It was FREAKING COLD out, I don't think we got above about 12 degrees the whole day. Took Pika for a walk at lunch, and really nothing else.
Friday (19,546 steps) - I really really don't like having to run on Fridays, but I sucked it up since I had a wonky schedule this week. I was supposed to be running an hour "as fast as I could maintain." I was really shocked at how icy the park was - it's normally really clear, but it wasn't great. I couldn't believe no other runners had lights - it was the only way I could see the black ice. As per the norm, I wasn't really able to get into a great groove and walked more than I would have liked. Really hope I can get back to more consistent running - can I really do that while training for long stuff though? Hmmm. 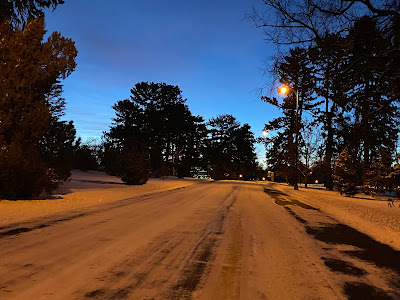 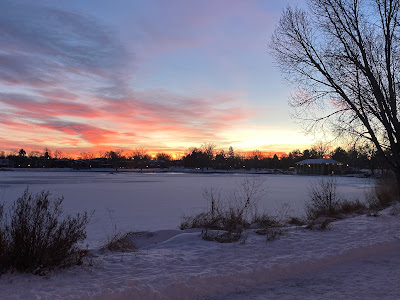 Went to Stella's with the gang before going into the office. It was a really slow day since Joyce was out. Met up with Ben (late) at Torchy's for a drink and to pick up dinner.
Saturday (33,458 steps) - A was going tubing and snowshoeing with her Girl Scout troop, so I was up pretty early to see her off. After she left, I headed down to Waterton Canyon for my 15 mile long run. I haven't run that far since... October? I was optimistic, but thankfully within 5 minutes I knew it was not going to be my day. My calves were incredibly tight and I felt very out of breath right off the bat. 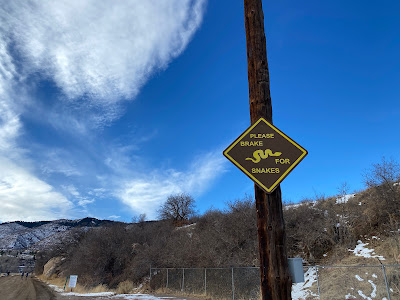 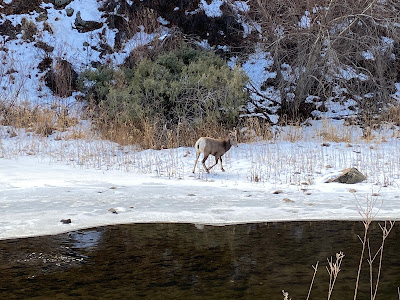 I was worried I had overdressed when I opted to forego a long sleeve and vest for my Zip & Zoom hoodie. It always gets windy enough in the canyon that I was fine in what I had chosen. (I did see a girl wearing just shorts, a bra and compression socks. Her legs were definitely wind-burned! 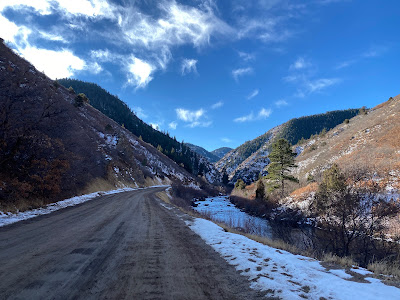 The road was actually in great condition. Very few icy and muddy spots, I couldn't believe it. I knew that I had to go at least a mile past the dam to get round trip of 15 miles. Once I got to the single track it was a completely different story. Lots of snow! 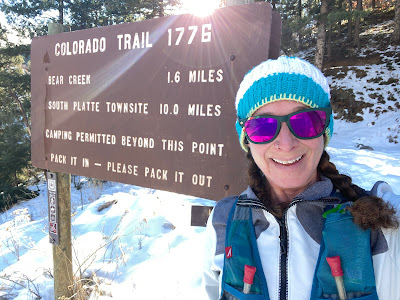 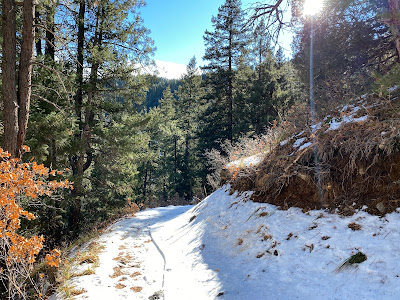 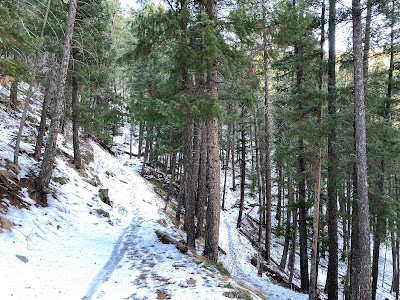 The best part of my day was running in this section back towards the main road. I naively thought that my legs would feel better with the gradual downhill, but I was wrong. This was overall a pretty sucky run. At least I saw sheep on the way down! 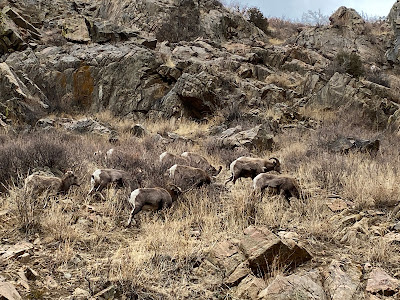 I got back to my car and saw this email: 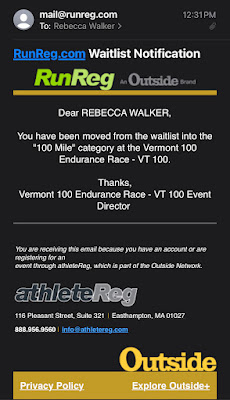 I've been trying to get into Vermont 100 for YEARS (seriously, I've been first on the waitlist for TWO YEARS) and to get this email was pretty exciting, although maybe not after the worst long run I've had in ages. I called Ben to see if he wanted to meet up for a beer. 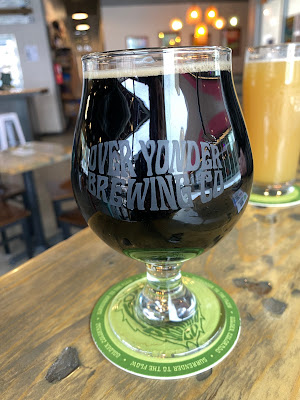 We hadn't been to Over Yonder for a while, and they had a few new beers, so that was exciting.
Sunday (18,060 steps) - Had an "easy" day of 6-8 miles of power hiking on schedule. I didn't want to get up too early, but also wanted to get out early enough that the trails wouldn't warm up and be a muddy mess. I decided to take Pika with me since it was mostly hiking. I figured I would be warm enough in a pullover and vest, and it turned out to be the perfect outfit choice. 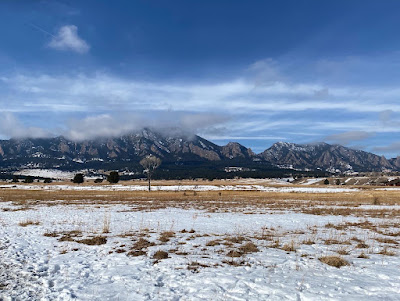 I had worn my Kahtool EXO spikes, thinking the trails (at least the ones up top) would be pretty icy. It was a weird mix of conditions. Some of the trail was completely dry, and then we would have sections that were crunchy snow or ice. Thankfully, no real mud. 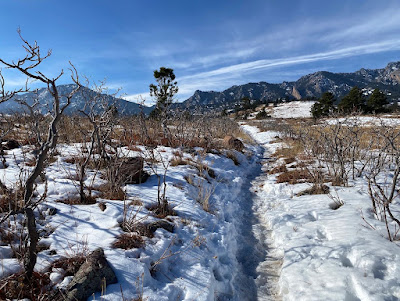 Steph had wanted me to aim for a 16:30 pace, but between Pika dawdling and the crappy conditions, we didn't get anywhere close to that. Pika loves going to Boulder because she can be off leash since she has a sight/sound tag. 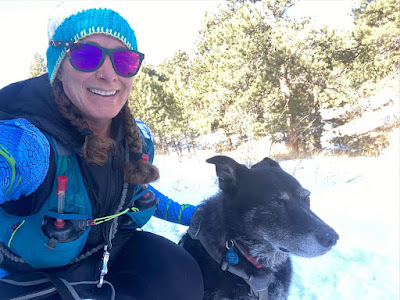 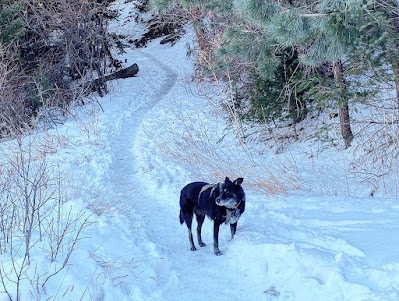 I planned to easy jog the way down so we wouldn't be out forever. I should have taken my spikes off sooner, because between them, the rocks, the high stack of Hokas and the mostly dry conditions, I was asking for a rolled ankle - which I got. Still had about 2.5 miles to go. Ugh. I took off the spikes and walked a bit to loosen it out and then jogged most of the way down. I realized after getting to the car that I had forgotten a towel to clean a VERY muddy Pika off. Ugh. Met Ben at Westminster Brewing for a beer. 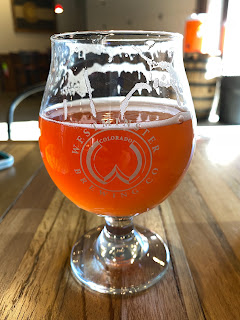 Monday (8,914 steps) - Work from home. A rest (or optional bike) day. Just took Pika for a walk, opted to skip the bike since... I am switching coaches. I love Steph (I really do), but I think I have outgrown what she can do for me, and with what I have on schedule for the year I really need someone who can give me better workouts/feedback and be overall more responsive. Spent quite a bit of time working with him to get on track with a new and "improved" training plan - starting tomorrow! Excited to be working with him as he has also done a few 200s and is signed up to run Cocodona as well. Lots of hard work ahead of me, that's for sure.
Stats:
at January 11, 2022 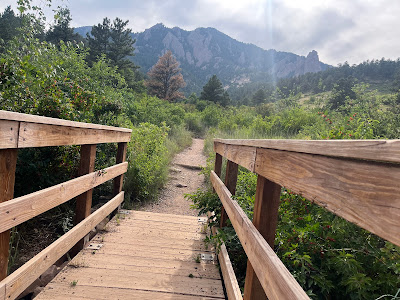