Tuesday (13,794) - A had her first student council meeting and had to be at school 45 minutes earlier, so no morning run. Went to Laura's Fuzed class during lunch and it totally kicked my ass. I think everyone doing the barre challenge must have decided that they were burned out, it was only me and Jenn, on of the other teachers, in class. I also got my prizes from winning the challenge!! A cool long sleeve barre top, water bottle, socks and hair tie. Whoop! After work/school, A had gymnastics. Quick trip by the grocery store to pick up my prescription and then TV, dinner and bed.
Wednesday (16,069 steps) - Enjoying my time off from barre, no class in the morning. After work we headed down to Runners Roost for run club. Another run with Heather and Colfax.
Thursday (18,868 steps) - Even took today off from barre! I picked up A from her last soccer practice of the season and we headed down to Lakewood for run club. A walked with Mo to drop off her ballot and Heather and I ran with Colfax. 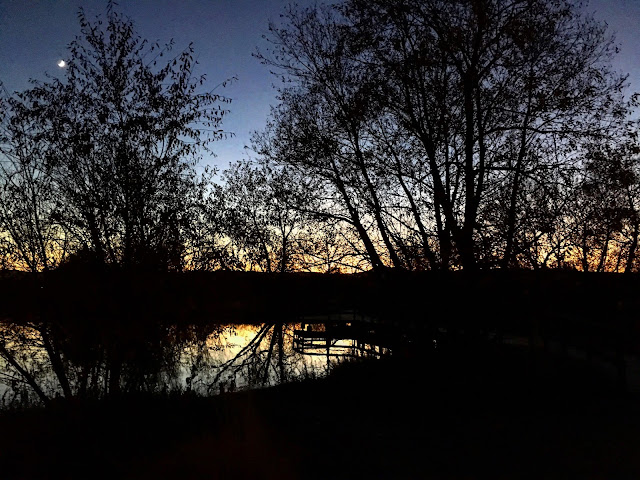 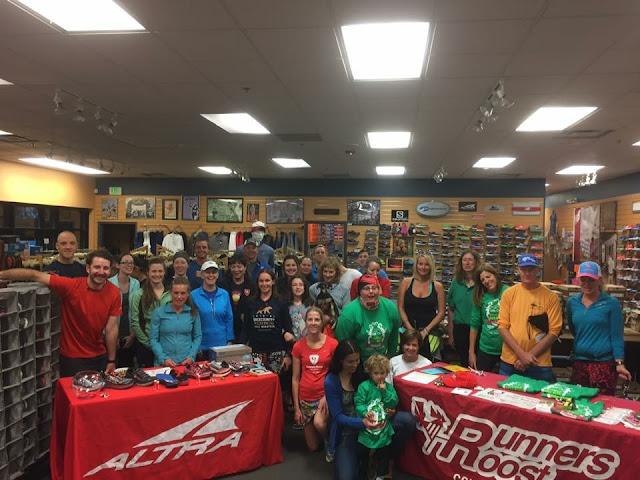 A told me she wasn't feeling well so we skipped Rocko's and headed home. Turns out she REALLY wasn't feeling well. She spent a good portion of the night puking and ended up sleeping on the couch.
Friday (11,549 steps) - A said she was feeling well enough to go to school. She only had a half day, so that worked out nicely. Rushed home to get A before going to Thornton to meet up with Bill, Stacey and her husband, Dan. Did I mention that Stacey had the brilliant idea to have A be a race director?
Saturday (33,020 steps) - Backcountry Wilderness half marathon. 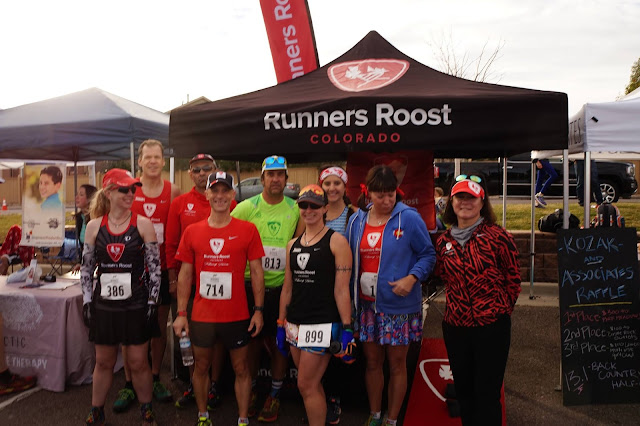 I had asked the mom of one of A's teammates if there was any way she would be able to take A to her game since my regular sitter flaked at the last minute. She graciously agreed to pick A up AND offered to let her spend the night. After the race I didn't need to rush to get A, so Heather and Eric and I went to Snooze for brunch, then on my way home I stopped at the Roost. I ended up not getting home until 5 or so, and then spent the rest of the night on the couch.
Sunday (28,072 steps) - Daylight Savings. Arg. Headed out to Commerce City to run the RMRR Trophy Series 10 miler. Have I mentioned how much I love wearing a singlet in November? The first 6 or so miles went really well. Then the turnaround happened and I suffered pretty miserably through the last few miles. 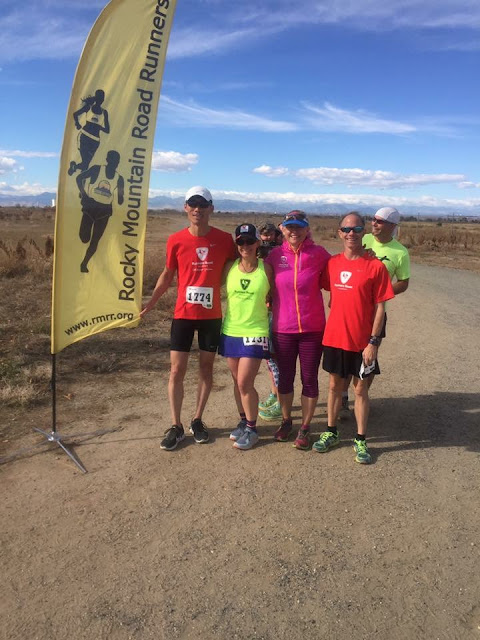 Around noon I picked up A at a church, and then we headed home. Didn't do much the rest of the day, but went to barre class in the afternoon. Dinner, Walking Dead, etc.
Monday (11,114 steps) - Weirdo thing happened with my phone this morning. Screen was just completely dark, wouldn't reset or turn on and my alarm didn't go off. We managed to get out the door on time, and my phone healed itself (weird). After I picked up A from Scouts we picked up a few groceries at the store. Big project of the night was making a billion (5 dozen) peanut butter chocolate chip cookies from the Cookie Cook-off at Wednesday run club. 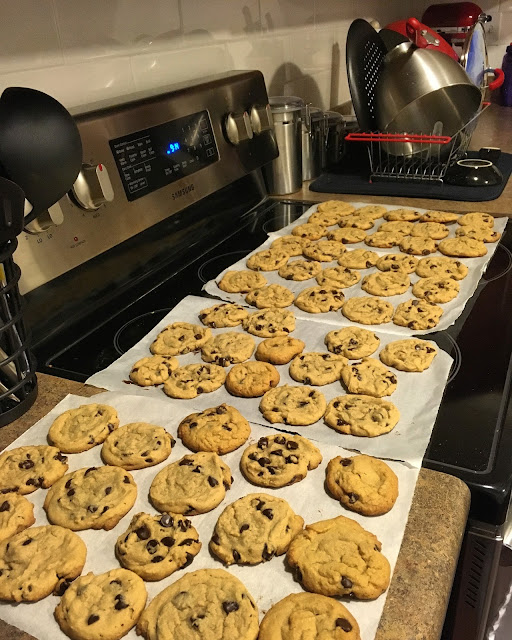 A was tired and went to bed early and I stayed up a bit later to backup my phone... just in case. I went to bed with a bit of a stomach ache. Woke up around 1 am FREEZING, so went to lie on the couch under the electric blanket. Still felt sick. Woke up again at 2:30 and puked a bit and sweat a TON. I actually felt bad enough to call in sick for work.