Tuesday (18,863 steps) - The wind woke me up around 4 in the morning and I tried to go back to sleep and fail. So I got up and did alternating dumb bell workout and then walked a few miles on the treadmill while watching Breaking Bad.
Wednesday (20,352 steps) - Abs/obliques video. After work I picked up A and we met at the Ale House at Amato for the Runner's Edge annual holiday lights run. I was afraid to tell A that it was 4.5 miles. Turns out that it didn't feel anywhere close to that long with stopping at all the lights downtown and taking pictures. The night was unseasonably warm (like 60??) and I was almost too hot in a thin long sleeve INKnBURN shirt and skirt. In December. After the run we had dinner with Heather and Maureen. Great evening! 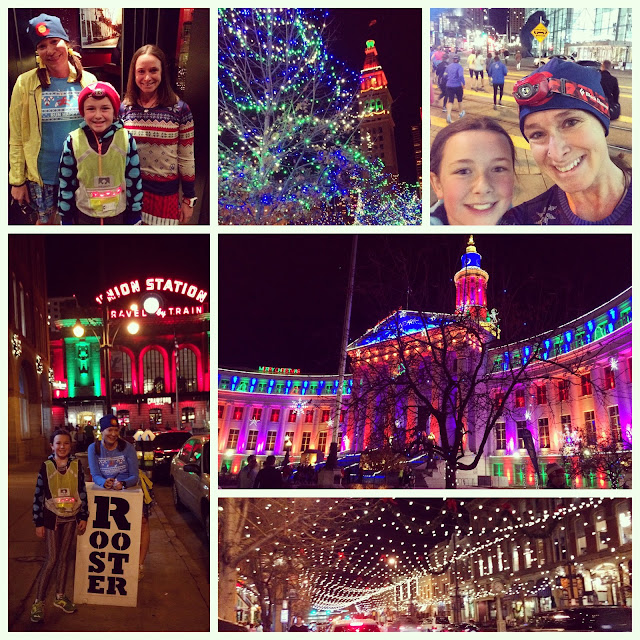 Thursday (18,976 steps) - HIIT/Butt and Thigh video. With the weather still nice I did a run to City Park during lunch again.
Friday (20,844 steps) - Cardio and upper body video. Happy to be going to work for a short day - we had our holiday party in the afternoon at Maggiano's on the 16th Street Mall. A was at a holiday party with her Girl Scout troop until 8:00, so I made a quick trip to the gym. Which turned out to not be the best idea... I had eaten waaay too much.
Saturday (18,421 steps) - Up early for the Sweaty Sweater run in Fort Collins. 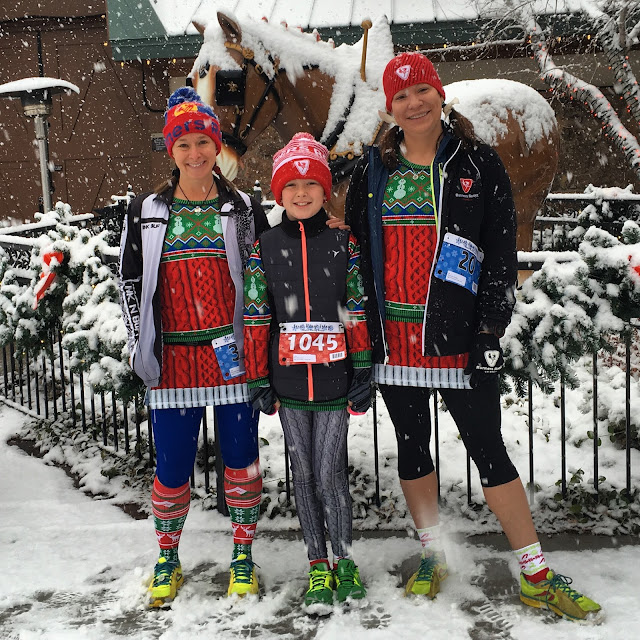 We had to leave the after party before it was quite over because A had yet another Girl Scout activity. While she was learning how to make some crock pot recipes with Chef Bob, I had coffee with Rose. And if that wasn't enough, A then had a birthday party. In my three hours of freedom I met up with the guy who is going to install the overhead fixtures/fans in our bedrooms and finished the book I was reading and gassed up the car. I'm so exciting.
Sunday (17,122 steps) - I threw a new lasagna recipe into the crock pot right when I woke up. A and I headed down to Snooze to meet up with Heather, Dan and their friends Ann and Paul for breakfast. I got breakfast tacos and was envious of everyone else that was smart enough to get pancakes. I wanted to get a run in and since the sidewalks were fairly dry, so I did a quick run on High Line Canal and Big Dry Creek. In tights and a thin long sleeve I was severely overdressed. SO HOT!! 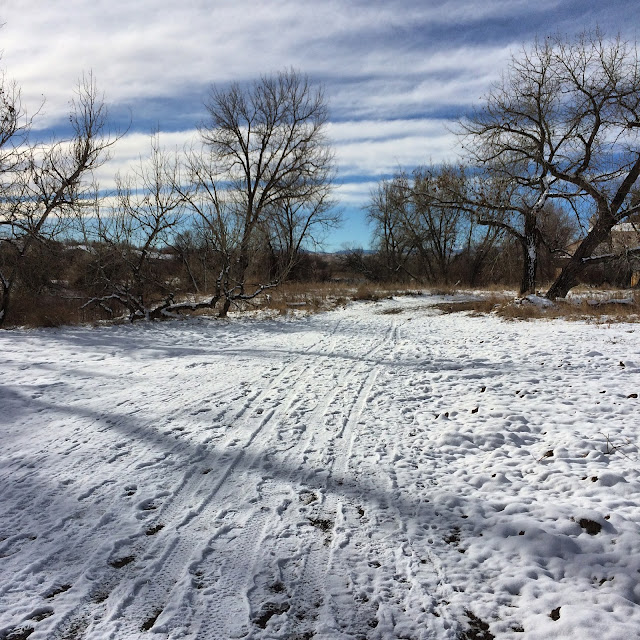 We quickly baked a batch of peanut butter/chocolate chip cookies for Heather and Jake, who joined us for lunch. The lasagna was SUPER delicious. We did nothing the rest of the day.
Monday (16,190 steps) - Cardio and total body strength video. With snow in the forecast, I definitely wanted to get a run in outside and did the usual to City Park. I was wearing tights and a very thin long sleeve and it was a pretty good choice, I didn't feel like I was overheating. 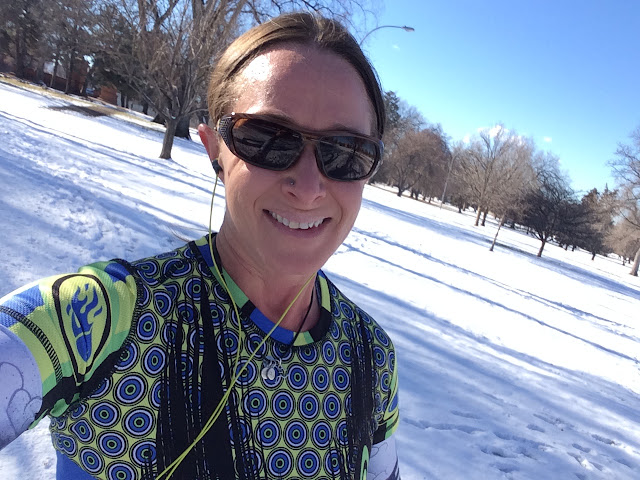 Even though it looks super snowy out it wasn't too slick on most of the sidewalks. I would much rather run in the cold than in the hot weather anyway!