Tuesday - NOTHING. Me and A watched Full House reruns and ate some Easter candy. It was Great.
Wednesday - Lunch run on the treadmill in my building. 1.25 miles flat and 2.75 miles of hills. This was pretty terrible. Pace felt ok-ish, but my feet kept going numb. I haven't had that problem in a while, but it HURTS. Headed to the gym after work, 10 minutes on the bike before class. Then an hour in BodyPump. I really really really do not like this BodyPump release. The back track is just dumb.
Thursday - Total Body Toning and HIIT workout during lunch. I really like this one, with the exception of the jump squats at the end. Went to the gym after dinner and struggled through 3.75 miles at what should have been an "easy" pace. I spent half the time texting Heather how miserable I was and how my NYC training was going to be an epic fail. Horrible.
Friday - NOTHING.
Saturday - A's school hosted their annual 5k Firebird Family Fun Run!! This year, we all made it out. My dad walked, L ran with H for her first 5k, and I ran with A. The first part of the course was up a decent hill, but it was pretty much all downhill after the first mile. A paced mostly ok, and ran with a small handheld the whole time, which she ended up finished after about 2 miles. This was the best she run (attitude and pace-wise) in all the races we have done together. The course measured a tad short (but mapping on a city map should have been accurate for a 5k) - so I'm counting this as her new PR! 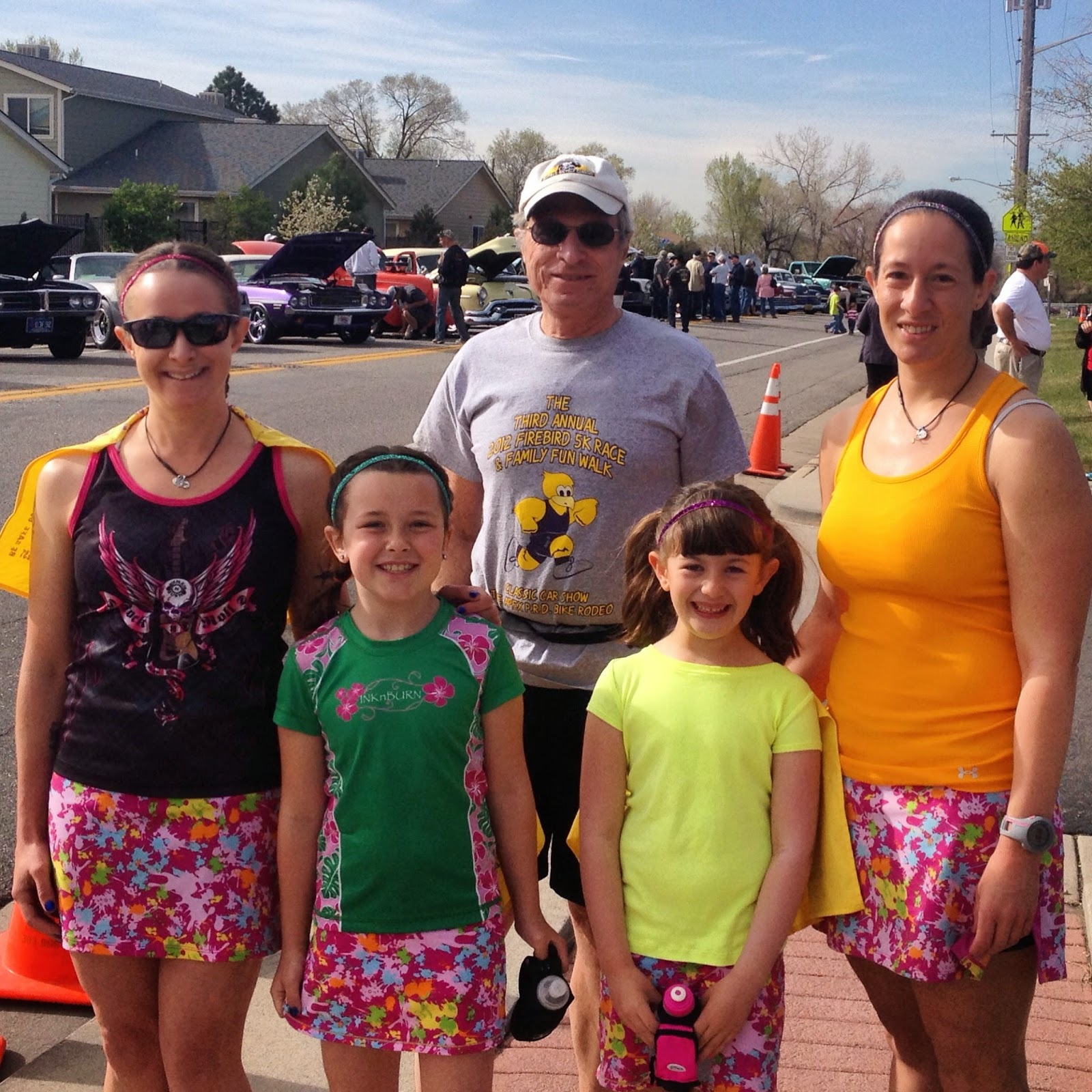 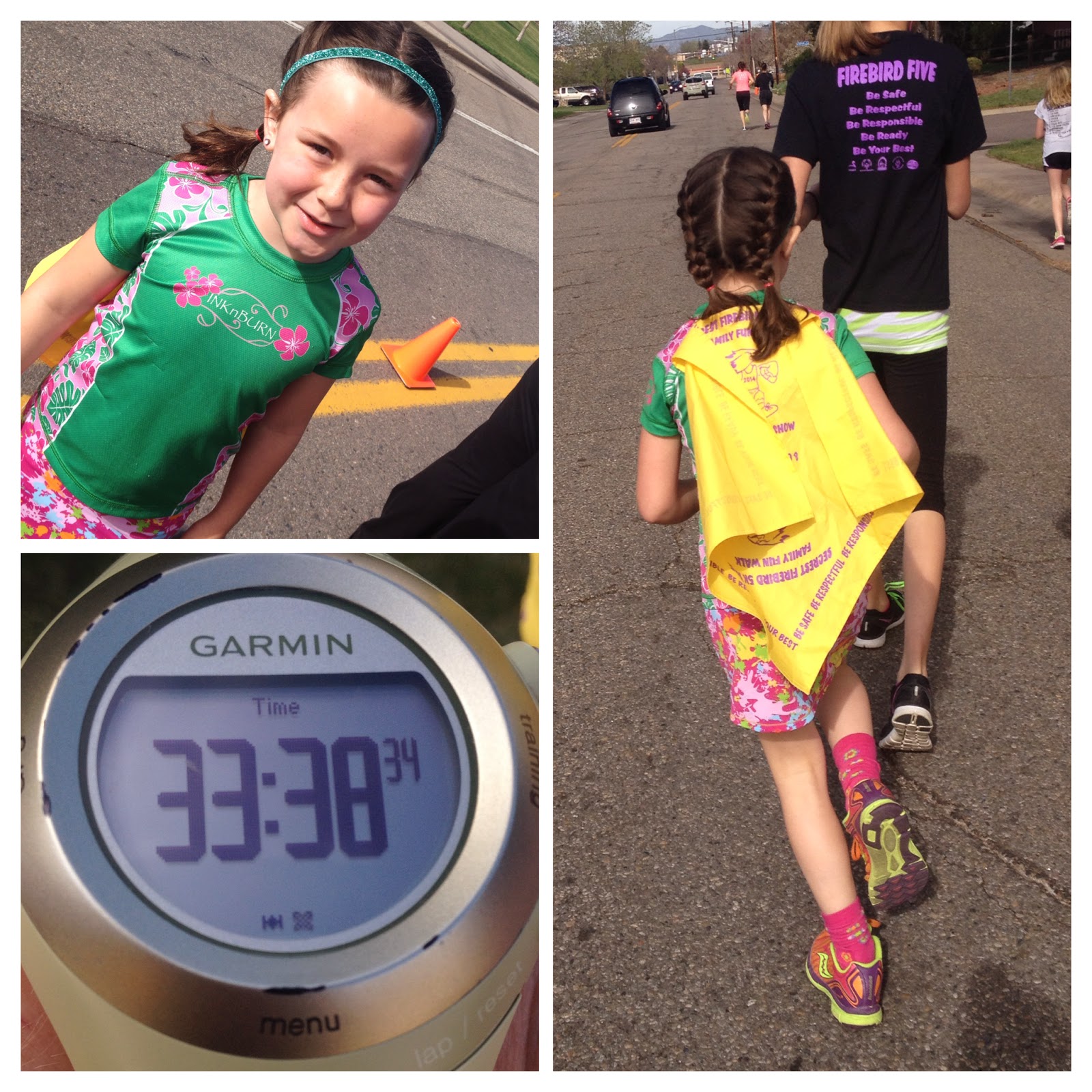 After the race, we rode our bikes back to the school for the bike rodeo, where we got both our bikes checked for safety issues, learned hand signals, etc. A pretty good tine, with the exception of all the kids :D Did some shopping in the afternoon, which led to this cool Lego set that A and I put together after dinner. Sunday - Got up early to go to Heather's house (obviously not my BFF Heather, my run club friend Heather) for her annual post-race party for the Cherry Creak Sneak (a pretty big race that runs near her house). We didn't run, but we were happy to head over for some socialization, food and beer. The weather was pretty crappy (rainy and windy), so I was happy to skip the actual running part. 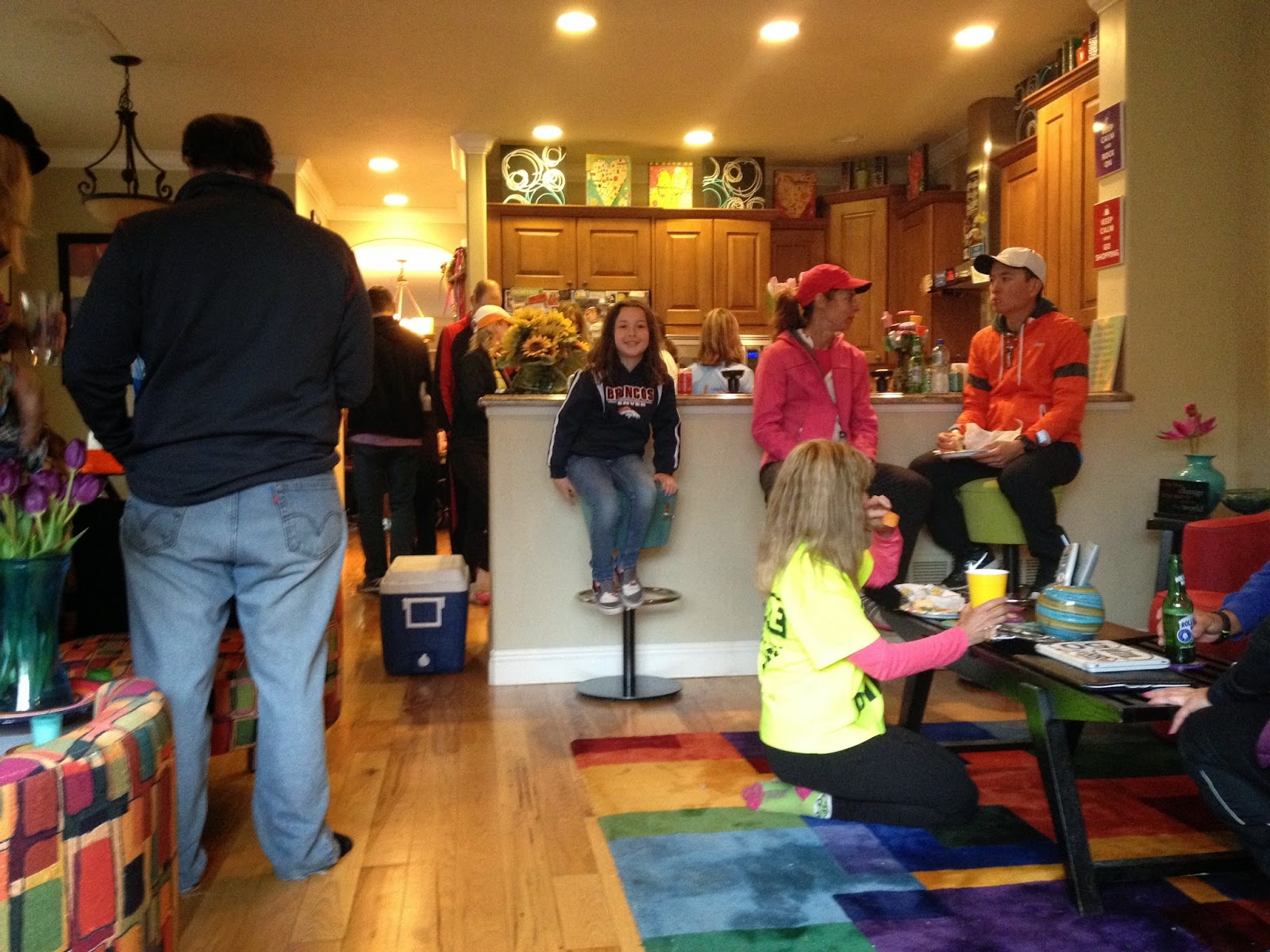 After lunch we took the kids to the rec center for swimming. After dinner, I started day 1 of my official NYC training program! Cross-train day, so I did Lower Body Toning - 56 minute butt and thigh tabata workout. I really like this one. 8 sets of flutterkicks is so hard!
Monday - Another cross-training day. During lunch I hit the elliptical for 20 minutes and did 8 minute abs. After dinner, I did an upper body tabata workout for an hour.

Weekly Miles Run - 10.85 (7.75 treadmill, 3.1 race) - lowest mileage week, um, pretty much ever. I have been struggling pretty much since I quit the streak with finding a good run workout and pace. I've been tired and just not into it. So, since this was the first week before I start "training," I decided not to push it and didn't run, because I didn't feel like it.
Weekly Cross Training - 10 minutes bike (plus maybe a few miles with A on Saturday that I didn't track/log), 20 minutes elliptical
Minutes of Strength - 218