Tuesday, September 7
We had no big adventure planned, but we got up early again to do a little bit of a longer run. We were hoping to see just how far our trail actually went. 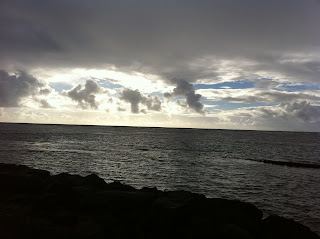 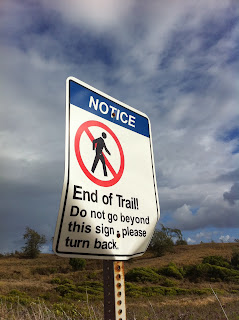 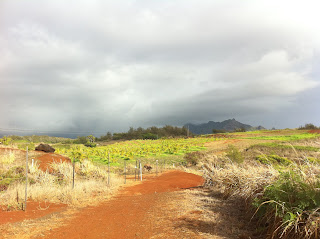 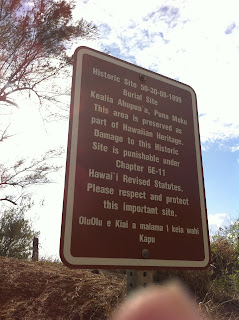 We decided to change clothes, have a Starbucks, pick up some lunch, and then hike the Sleeping Giant. We were having trouble locating where the actual trailhead was, and the natives said that we were close enough from where we were staying to just walk there... they pointed us in the general direction that we wanted to go, so we headed out. We had to walk a bit through town, saw lots of pretty flowers along the road: 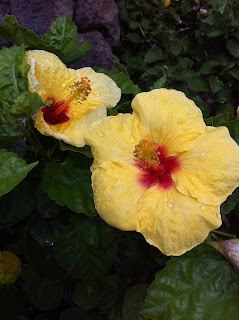 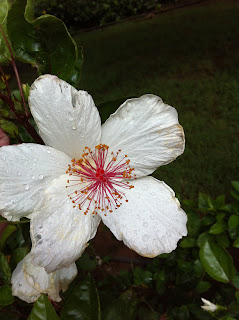 We turn right on the "highway" (a two lane windy mountain road) with a narrow bike lane. Hmm. Maybe there will be a sidewalk eventually? 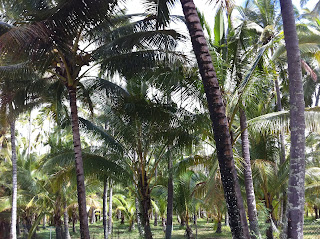 So. A few miles up and no sidewalk. Bike lane gets more narrow. There are lots of dead frogs. We are slightly un-amused with our journey thus far. We then end up at Opaekaa Falls overlook. 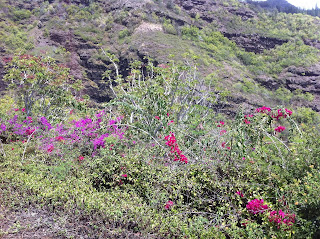 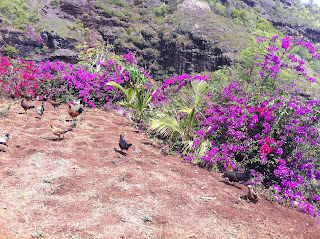 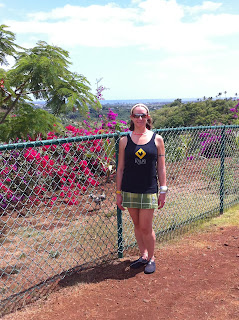 We think, it can't be much further... and yet we keep going.
And then all of a sudden, literally with no other markers, we see this tiny sign:
The "trailhead" is literally walking around a gate and through a grass field: 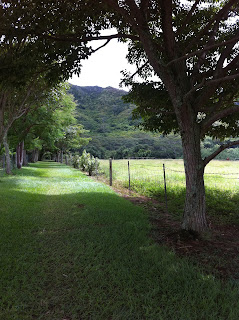 When you finally get to the end of that field, the actual "trail" begins. I'll start by saying the trail itself was amazing, and I was glad to have worn my "water shoes" for that part because I would have wrecked my running shoes with all the mud and stuff on the trail. During this whole adventure we only saw one other group of people (and we are pretty sure they turned around shortly after we saw them). 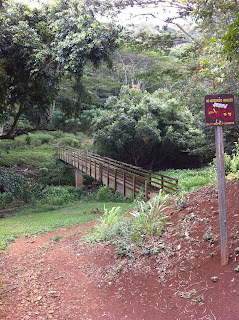 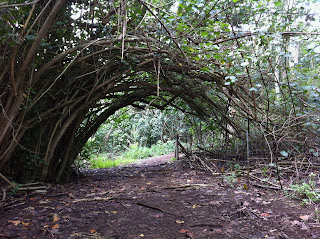 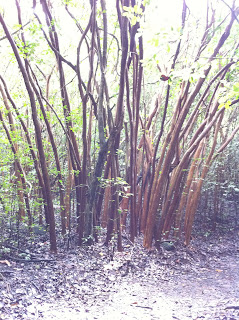 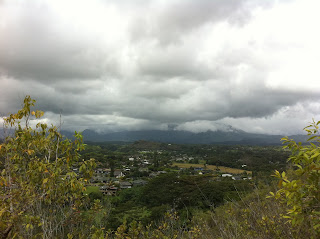 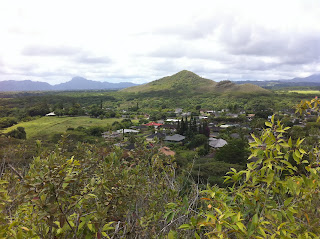 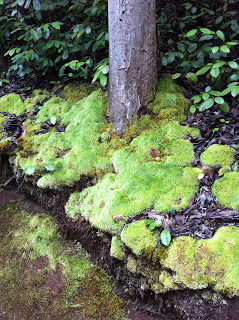 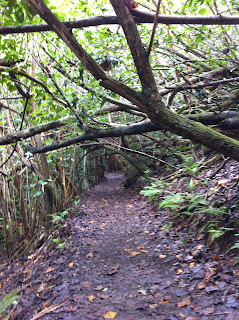 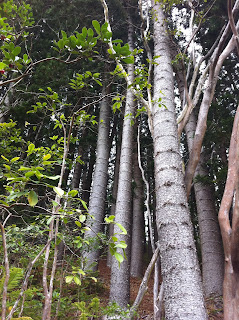 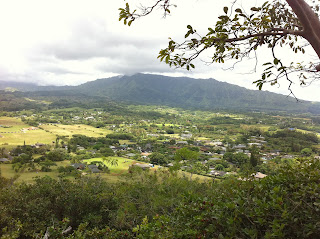 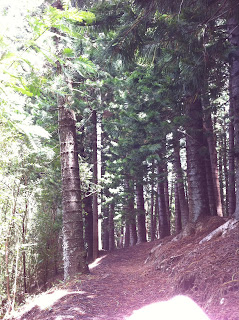 And then all of a sudden in the middle of this patch of trees, we see this: 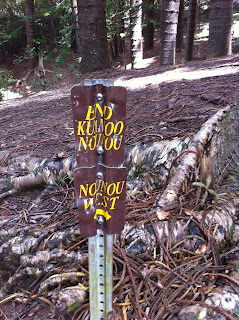 Hmmm. We had been told that one could access the trail from two different points... and we didn't especially want to go back the way we came. However, it looked like the trail could go in any number of directions. We selected one and hoped it wouldn't get us too lost. Sure enough, we ended up on the other side of the trail, and once again had that long grass field to walk through (behind people's houses). 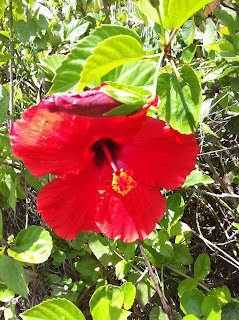 We had expected to find a picnic area or something, but didn't see anywhere close (we seriously appeared to be in the heart of a neighborhood), so we sat in the grass and ate our lunch. Mmmmm, Subway. 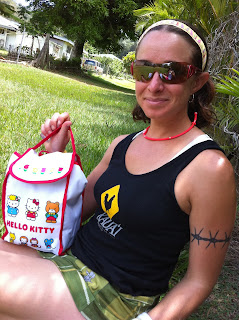 While we were eating we tried to map our way back. My super, rad, awesome iPhone (!!!!) suggested we head to the right. It looked like we only had 1/2 mile or so to get to the end of the neighborhood, so the lack of a bike lane seemed to be a non-issue. However, the iPhone then mapped us onto yet another state highway, this one also a two-lane, windy, road. This one, with no bike lane (or emergency lane in most places). Oy. So. We walked fast.
After a long and sort of scary hike (and only one person stopped to offer us a ride), we finally made it to town (Kapaa) - even by the middle school there was no real sidewalk, except directly in front of the building. By now, our feet were sore from walking so long (essentially barefoot) and we were caked with dirt and grime. Getting back to the hotel to shower, my feet looked really nasty: 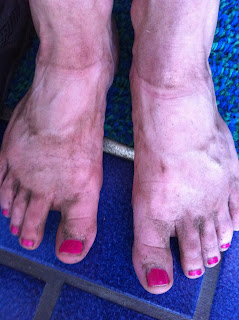 Never been so happy to shower in my life. We ended up "hiking" 11.24 miles, although only maybe 2.25 miles were the actual trail. The rest was up and down state highways. Dinner at Olympic Cafe - Opted for the "healthier" option of a BBQ Chicken sandwich (with waffle fries, lol). After dinner relaxing night of reading and some tv. Early to bed.
at September 15, 2010