The forecast for today was 89 degrees. By the time I got off work (early, wahoo!!!) it was in the 60's and raining. I had planned to run the open space again, but the weather was clearer the further east I went so I headed to the trail we run every weekend. It was 66 degrees when I headed out - cloudy and lightly raining: 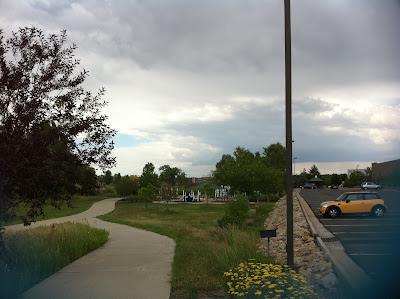 I was feeling pretty good - and then... let's just say thank goodness for the port-o-potties around mile 2. Wow.
The weather cleared up and it seemed pretty hot out. I was glad I had decided to bring my fuel belt, I ended up drinking more than half the water I brought with me. Even though I was feeling like I *could* go faster, I really didn't want to. Last run before my half on Sunday and I wanted to take it pretty easy so I stopped and took some pics along the way. 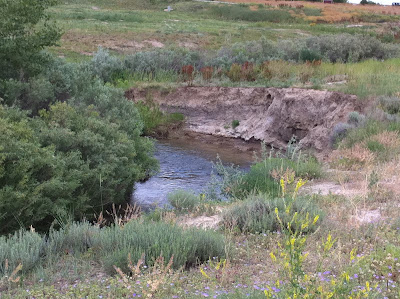 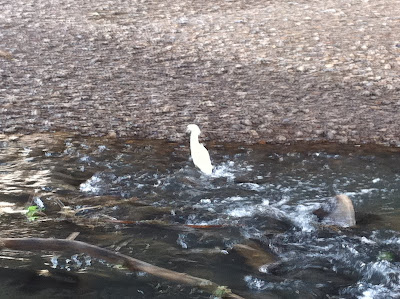 Even with all my stops, I still managed just over a 10K in 70 minutes. Probably about the pace I should have been doing anyway.
at July 02, 2010