I have not been getting in my long runs... Meaning, the goal I had for this morning was more than 3 miles longer than anything I have ever run before. MCM Mama hosted a variety of options for a big 4-0 birthday virtual race. Due to my current training schedule, nothing really fit... So I opted to double up the middle distance of 8.25 for a total of 16.5 miles. Um. Wow. So my ultimate plan was to complete this insanely far distance. In less than 3 hours. Before work. In order for this to work, I would have to get up ridiculously early. And I was SUPER nervous since I've never run anything further than 13.1 miles. So I didn't get much sleep, but at least I was smart enough to get everything ready the night before: 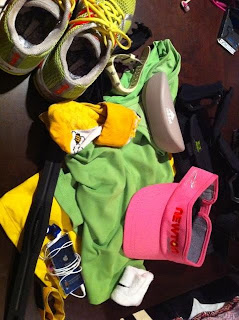 My alarm went off (even though I had woken up at least 3 times in the night to make sure I didn't oversleep). The finished outfit: 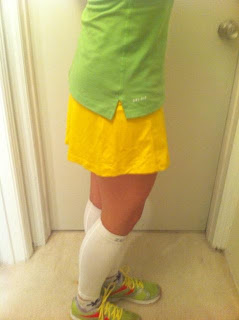 I headed upstairs - ahead of schedule! 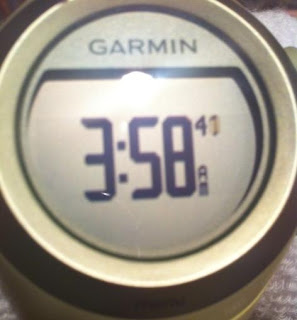 Oy. I had no clue I would ever be this hardcore... haha. Quick breakfast:

Pre-race pic of me and my lovely sister that I convinced to join me since it was SO early and SO dark out: 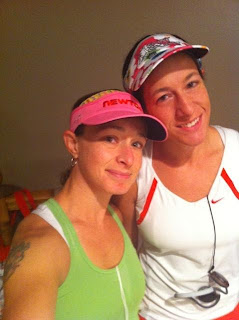 L's friend, John, was insane enough to want to join us. That made us both feel better though. We headed out, and I knew that the course I had mapped was going to be a little hilly, but it was the easiest and most direct way to get all the miles in without having to cross too many busy streets. We took our first brief walk break pretty early, but that was after 2 miles of pretty big hills. We did not walk again until we had done the first 10K, and even then we only walked to open a bag of GU Blueberry Pomegranate Chomps (I had never had them before and don't think I'll get again. Product is sticky and bag was hard for me to open). Anyway, it was super nice temps out, mid 50s. SOOO much better than running the sweltering heat, even IF I did give up 3 hours of sleep :D

We hit the turnaround point, and it FINALLY started to get a bit light out. We had an emergency bathroom stop at about 10.5 miles (thank goodness we were by an open space that had a few port-o-potties!) 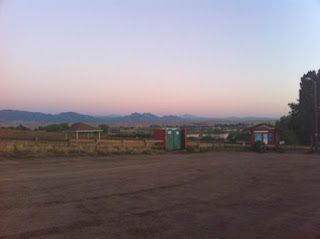 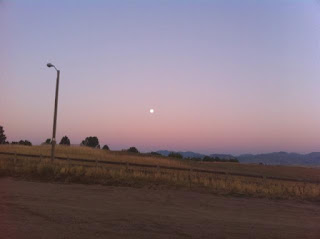 Went ahead and ate our "Espresso Love" GU and then headed out for the remaining 6 miles. My legs were a little tired, but it was nice having the company, and while we were somewhat slow going, the temps made it all bearable. The goal was to finish in 3 hours, but I mapped it about .2 short, and we finished in just over 3 hours and 6 minutes. I'd call that success for my longest training run to date! Thanks for the motivation to get me going, and a big happy birthday to you, MCM Mama!!

I am PSYCHED that I was able to run this far... only a few walk breaks, and a lot of them were unavoidable (crossing streets). I may actually be able to run this marathon without dying :D
at August 25, 2010