Probably should have just taken an off day, but with Warrior Dash being more of a "fun run" than a race, and only 3.27 miles, I felt like I still had to get some mileage in this weekend.

So even though I'm still ridiculously sore from gymnastics, and whatever injuries I sustained while Warrior Dashing, I met up with L after she got off work. It was 96 degrees when we headed out, and not a cloud in the sky. Damn. It was gonna be a scorcher. 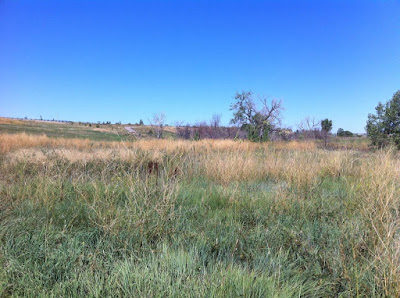 I still had some Clif Shot Bloks that I had in my gym bag for... 5 months? We split a package of Tropical Punch and headed out. I was struggling right off the bat. Hot. Tired. Deydrated. Not a good sign. Initially when we were heading out, I said at least 6, not more than 8. I decided at the first water stop to turn around at 3.5 for a 7 mile loop.

Barely made it to the turnaround point. Thinking to myself this is the worst run I've been on since we were in Minnesota.

Have no idea how I managed to actually run those last few miles. Only saving grace was we finally got some cloud cover the last mile or so. I think I'm pretty much done with these insane afternoon runs. They are for the birds. Seriously terrible run. Barely made it through 7 miles, and it took forever (about 80 minutes).

In other fitness related news... my half fanatic membership has been approved. I'm new member 513!!! Also, this was my first run testing out the Yurbuds... they really work! I did not have to mess with them at all, and since they are made out of rubber instead of hard plastic they did not hurt the inside of my ears at all. Awesome!!
at August 23, 2010