A didn't want to run so I did a run/walk by myself, adding an extra loop around the lake for a bit more mileage. Not horrible. 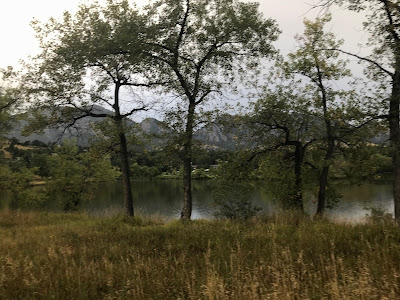 Thursday (13,805 steps) - Long day at work trying to get caught up. Went to BPCO. A didn't want to run, so I ran (fast) alone, a loop and a half around the small lake.
Friday (11,584 steps) - Went to the gym and took core/strength classes. Both were really hard!
Saturday (38,248 steps) - Runners Edge! I decided on 16 miles, which ended up being the perfect amount. We were running in Greenwood Village, which is deceptively hilly. 16 was actually more than enough. I did ok the first 12, but really suffered miles 13-14. 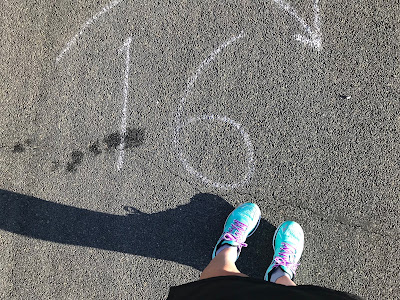 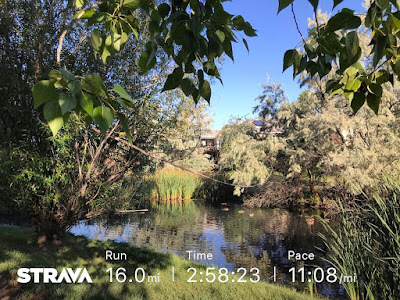 We picked up our aid station and then headed over to Dulce's house for a special second Saturday. We had a variety of mimosas and other beverages before walking over to the Annual Festival Italiano at Belmar. We had an absolute blast tasting pizza, pasta and random desserts. On the way back to Dulce's I bought the most random piece of art. Support local artists? 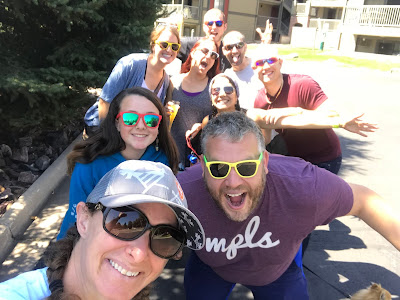 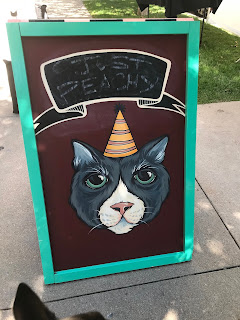 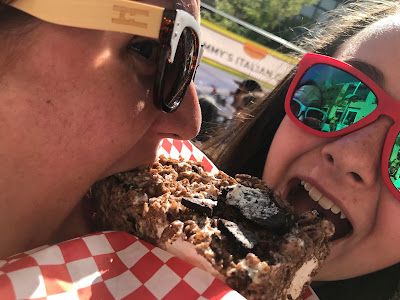 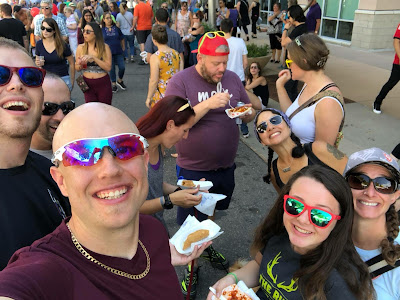 On the way home we stopped at Michael's to pick up a frame for it, then we did nothing the rest of the night. 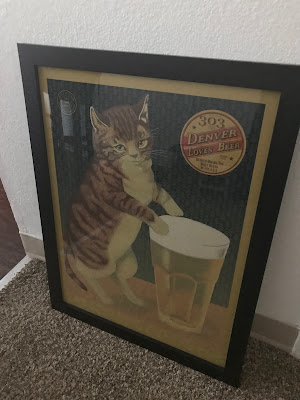 Sunday (26,496 steps) - Thankfully, the September RMRR trophy series race was on Big Dry Creek, so we didn't have to get up CRAZY early. It was a pretty small turnout, as there were apparently lots of other races happening that day. 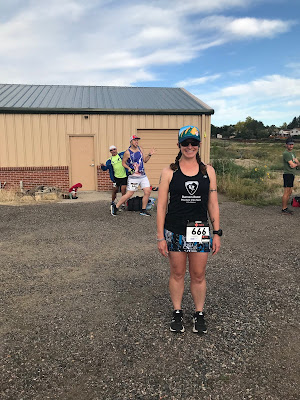 I was super tired from running long the day before so I decided to go for intervals again. Like last time, it worked out fantastically. I ended up running substantially faster than my predicted time (and miraculously scored a PR) and got the blue ribbon 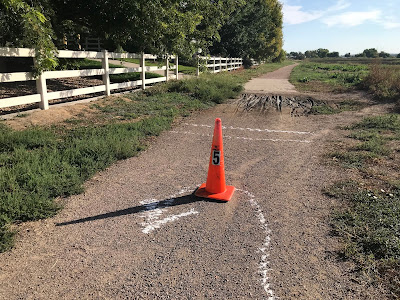 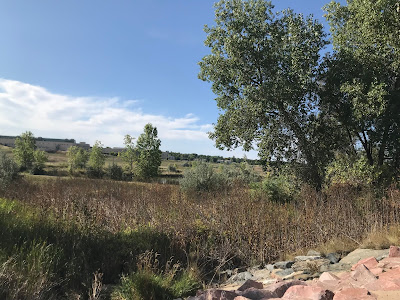 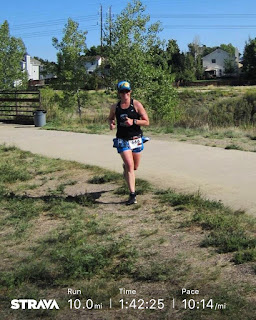 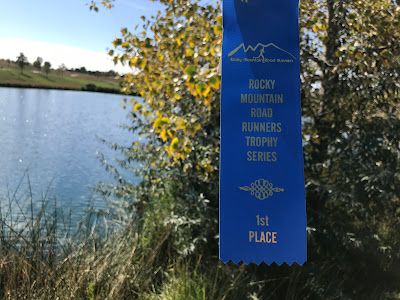 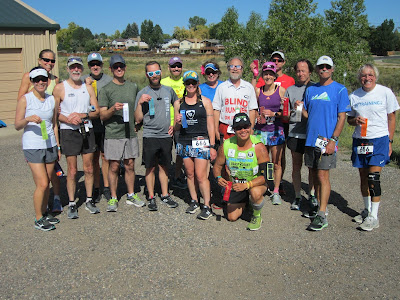 After, we went to Kachina with Jon, Paula & Zach. Fun times hanging out. 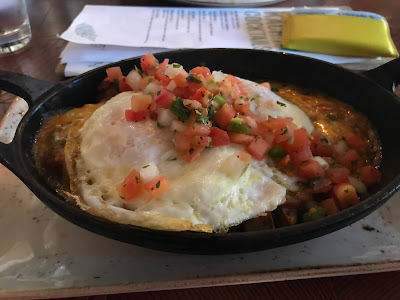 Once at home we watched Pink Floyd's "The Wall" and a few Lifetime movies.
Monday (11,698 steps) - Core/strength classes at the gym. "Highlight" of the workout was doing planks with my feet on an upside down Bosu and hands on a medicine ball. Lordy. A had a Scout meeting so no trail run.