I got just a few hours of sleep, A didn't seem too grumpy, which was good since she had to race. It was obviously much faster getting to the start since we didn't have to pack anything up. A decided she wanted to start in the second wave, so we did some pictures and I watched her head out. 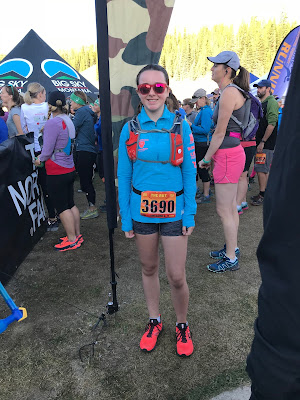 I hiked up to watch the runners come out of the single track. I saw A much earlier than I had expected, and got a series of pictures of her with another girl - stride for stride - heading into the finish. 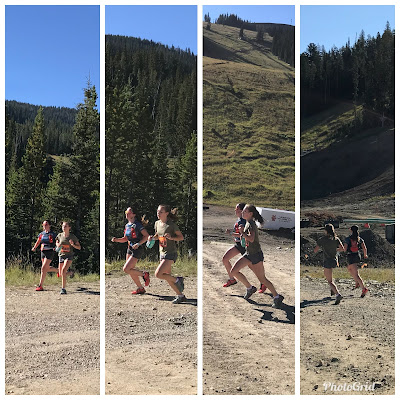 Checked results and found out she got 2nd in her age group, so we would need to stick around for the awards ceremony. So proud of A!!! 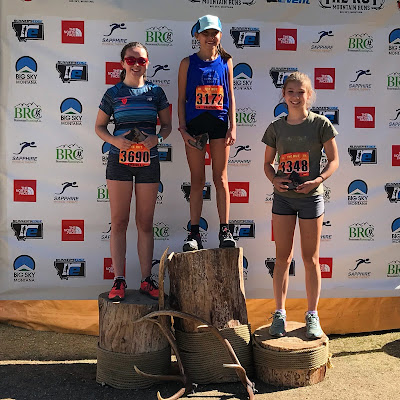 We drove into West Yellowstone where we got lunch (grilled cheese, tater tots and taco pizza). 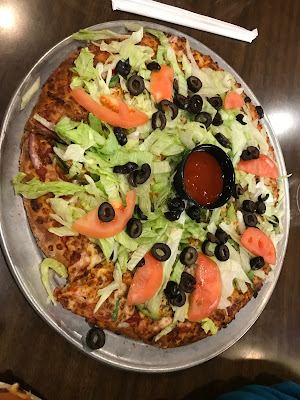 We stopped at the market to get stuff for sandwiches (and more ice) before heading into the parks. Unfortunately, with it being a Sunday, there were a MILLION people and it took forever to get in. The first place that we stopped didn't have any available camping, so we drove to Lewis Lake - luckily there were spots available, so we set up camp and then headed out to go hiking. We found a trail headed toward Heart Lake, but at the trail head decided we would only go out for a mile then come back (it was over 7 miles each way!). 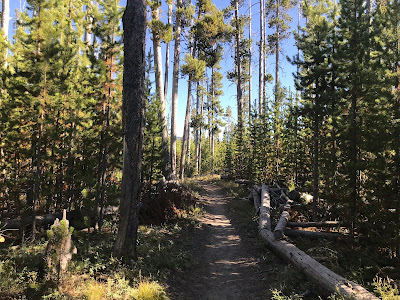 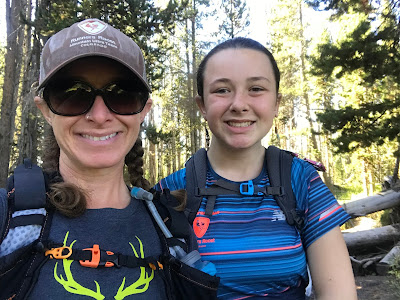 We were getting hungry, so we stopped and got giant ice cream cones before going back out for more hiking. 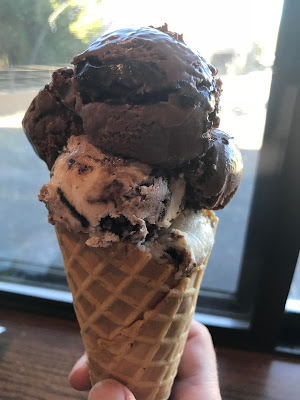 We stopped at a few of the basins - Black Sand Basin and Biscuit Basin. 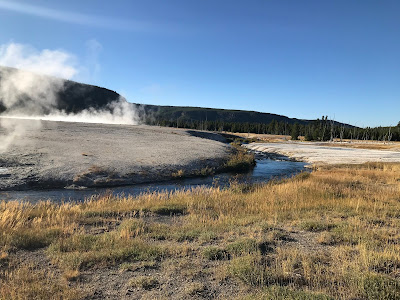 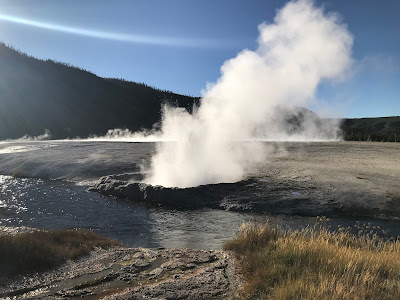 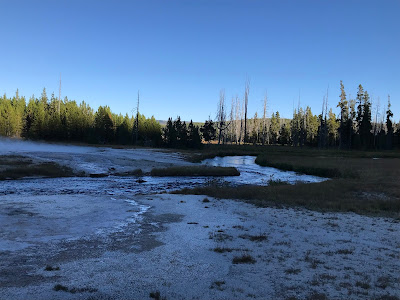 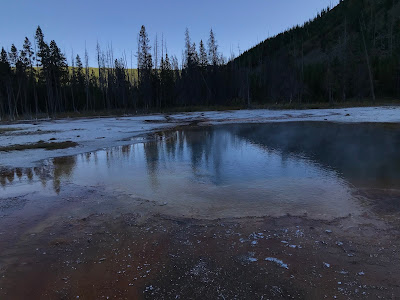 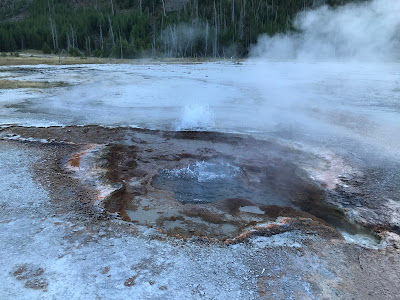 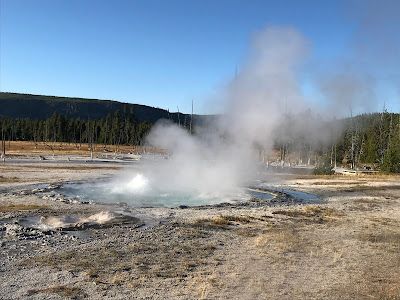 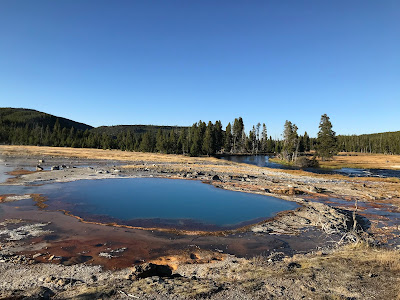 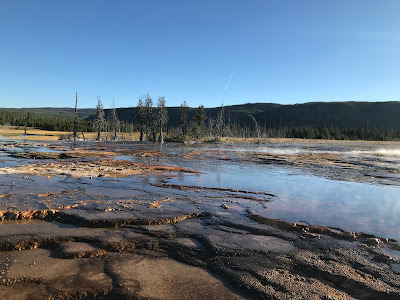 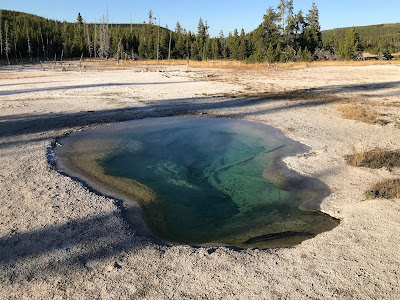 We planned on hiking to Fairy Falls. Ended up just being a long walk to nowhere - got some cool pictures though. 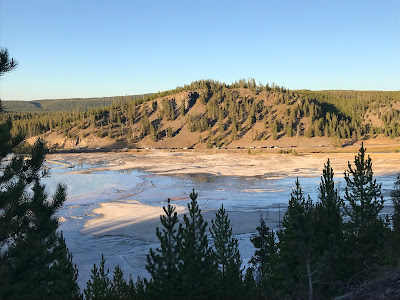 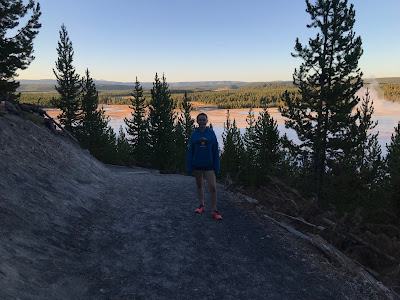 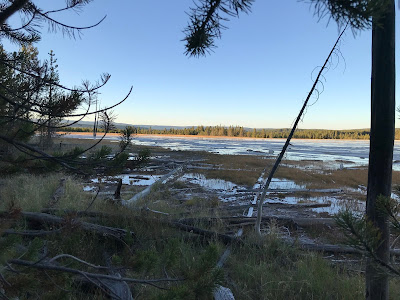 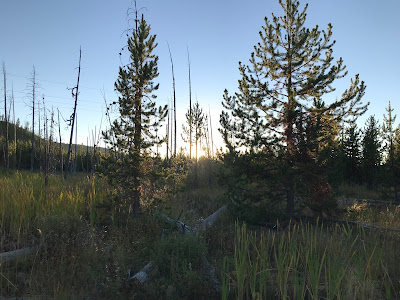 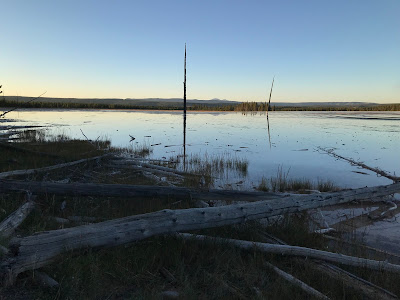 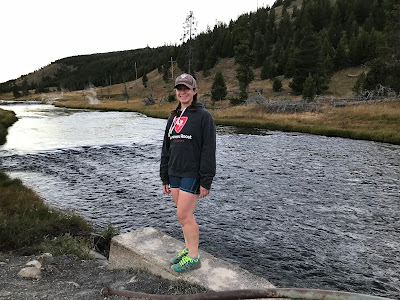 On the drive back to the campground, we encountered what we think was the same buffalo walking down the middle of the road - he/she didn't seem happy. 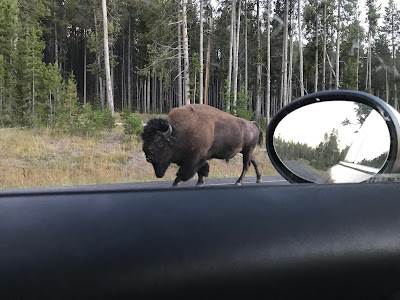 Leftover pizza for dinner, Netflix and bed.
at September 10, 2018