Early alarm so we could get on the road. Breakfast was complimentary at the diner next door. We were probably on the road by 8, stopping to get gas before leaving town. I was glad that we had stopped for the night as there was a decent amount of construction, and I don't especially love driving through those zones in the dark. We stopped in Dubois to ride the giant jackalope. 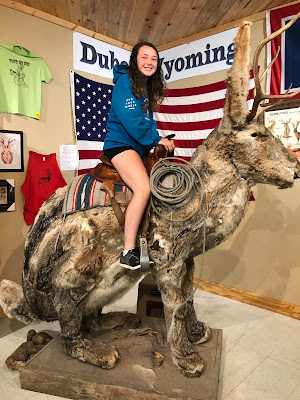 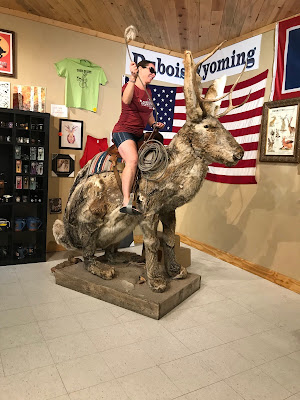 Arrived at the entrance to the Tetons late morning, taking a few pictures on the drive through. 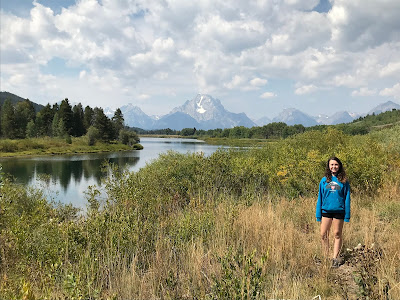 Unbeknownst to us (thanks to having no cell service), we were also going to be going through Yellowstone - another park entrance fee. We decided to just pay a bit more and get the annual pass. 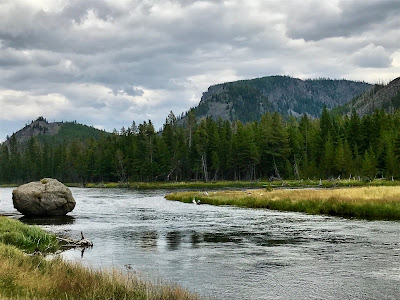 We also figured "while we were there" to stop at Old Faithful. Managed to get there just a few minutes before eruption. I was a bit underwhelmed by this. 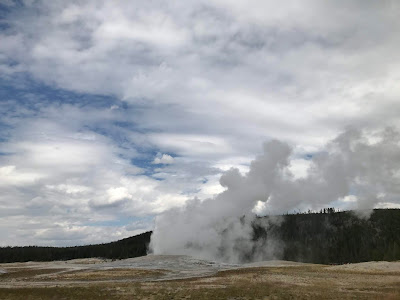 Stopped one additional time to get gas in West Yellowstone before heading up to Big Sky.

Initially, I had made reservations east of Bozeman, but we were really hoping to find available camping closer to Big Sky. We stopped at the Red Cliff campground and were able to get a spot - but only for one night. We set up the tent (which ended up being a big ordeal because we broke the poles).

Got to Big Sky before 6, which allowed us to pick up our packets and for me to attend the pre-race meeting.
We then headed into town, planning to eat at Lone Peak Brewery - but the food did not look appetizing. I still had a beer so I could check it off my list, and then we went to the market to get sandwiches and food for A to have for lunch while I was running. In the meantime, we found another brewery - beer was better AND cheaper. 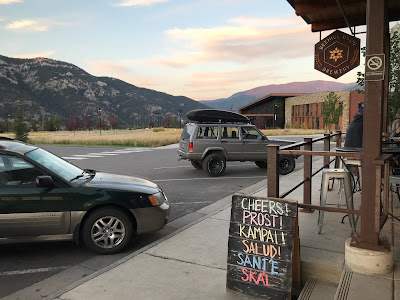 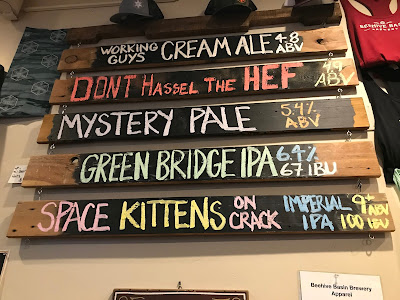 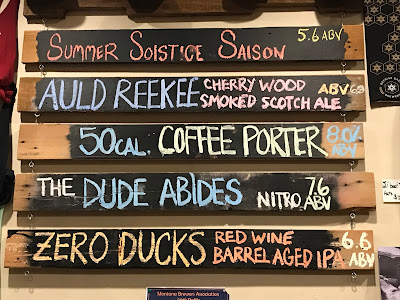 It was getting dark, so we went to the campground. A few minutes of Netflix before bed.
at September 10, 2018