Wednesday (16,231 steps) - I had slept like the dead the night before, I guess two days with no sleep will do that! Going back to work was a bit of a shock to the system. Denver run club! It was 101 degrees out... A and I suffered through three miles. 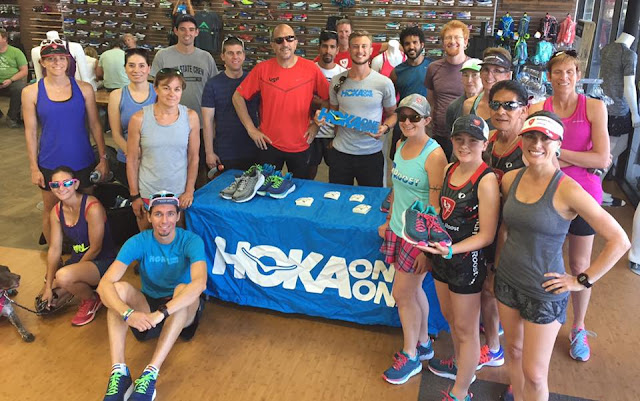 We both "test drove" the new Cliftons - I didn't really love them... too much arch support (especially since the shoe is supposedly neutral? Cashed in my free pair of New Balance trail shoes that I had won at the Trail Sisters event - going to give the new Hierro style a try. Should be a good "in between" shoe (from the 1210 to the Vazee Summit). Had to stop at the grocery store on our way home since we have NO FOOD. By the time we did laundry (you know what's worse than the stink of race clothes? Race clothes that have been in a Ziploc bag for nearly two weeks) and made dinner, it was already time for bed.
Thursday (17,884 steps) - Barre with Gabi! Hooray for her finally being back! Between her taking time off for her wedding and honeymoon and me being on vacation, it  had probably been a month since I last took her class. About halfway through I really regretted taking this class, since I have a big race coming up. Amazing how hard barre can be just taking a few weeks off. Bah! Belmar "run" club. We were late (stupid traffic!!) and we only walked (taper, you know?) 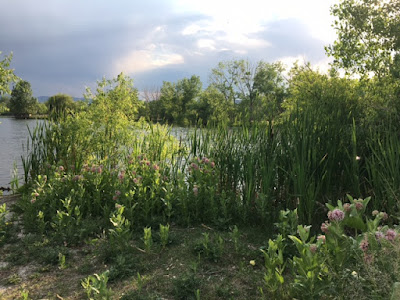 Went to Rocko's after for Dulce's fundraiser (and also, who can say no to nachos?) 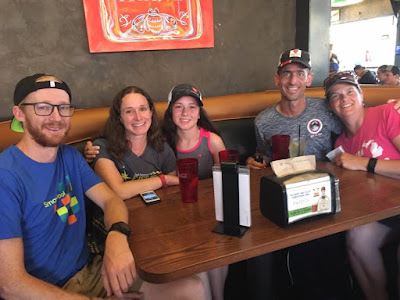 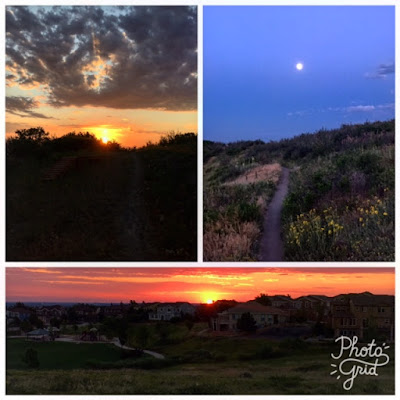 As I've gotten older, I now can't even make a drive home from these events without napping. This time, it was in the King Soopers parking lot. Home to shower and have lunch, then napping. I think we were in bed before 8:00. Party animals!
Sunday (18,778 steps) - Drove down to Lakewood for the RMRR July trophy series event at Stone House. Thankfully, it was only 2 miles, as I was still SO SORE from Chase the Moon. I was impressed I managed a 12:10 pace, and A had an AWESOME day, getting 2nd place overall (and clicking her fastest mile - 8:15!). 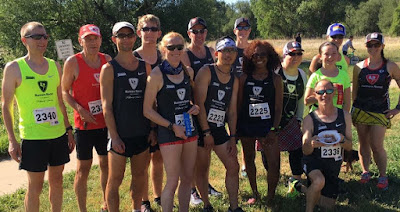 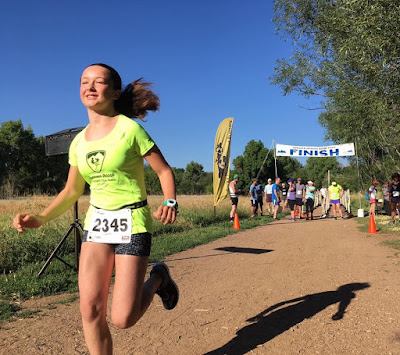 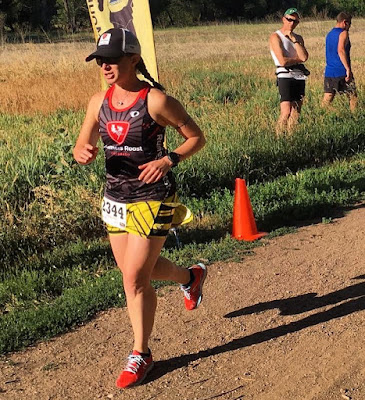 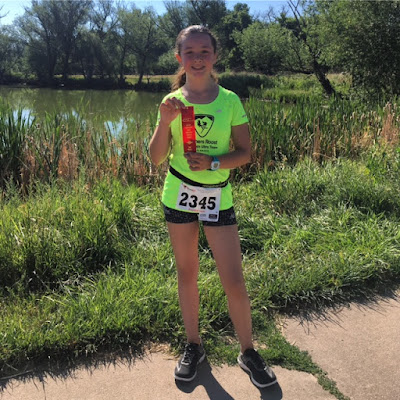 We had ice cream and chatted a bit with teammates before a long overdue trip to Target and then a trip later in the day to Home Depot to buy an air filter and curtains for the living room. The cats have slowly been destroying the blinds in the living room, and now that they broke off SIX blinds, it was time to replace. 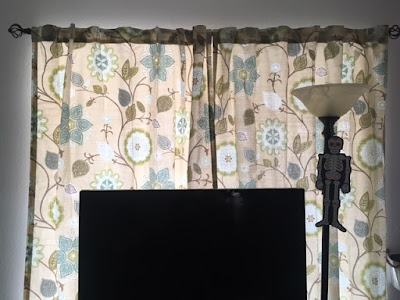 We have an odd size window, so faux wood was out of the question without a custom order. Finally hung up all my medals from the last 6 months that have been piling up on my night stand.
Monday (11,202 steps) - A went to Ang's for the day. Stopped at Sprouts to buy burgers (that were on sale!). The end.