We were supposed to arrive for our tour at the train station by 6:45. We were out the door and prepared to arrive with enough time to get something to eat before we left. We arrived at the train station to discover that none of the shops or restaurants opened until 7, so we had to exit and go to a small cafe across the street to get food and coffee.

Check in for the tour was pretty disorganized since there were multiple groups doing variations of the "same" tour. We left right on time at 7, walking to a bus for the first leg of the trip. The bus took a few hours, and unfortunately, we weren't able to stop along the way to take any pictures. It really was a very scenic drive!

The tour was structured that we had meet up times at each of the villages, but we were able to have free time outside of the general meet up. 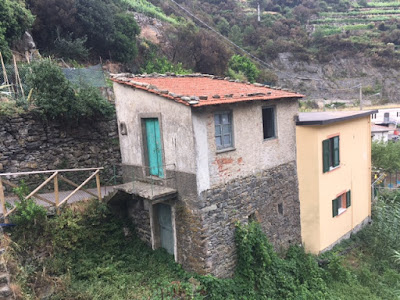 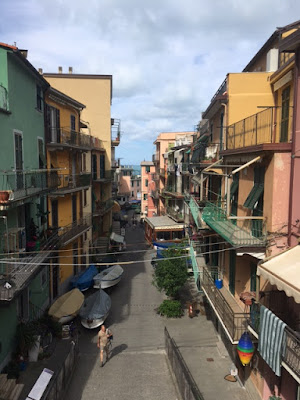 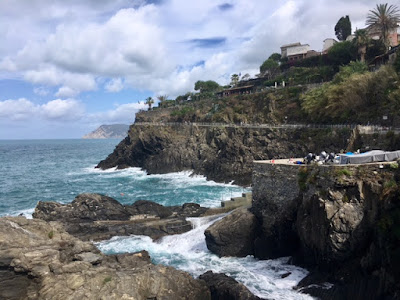 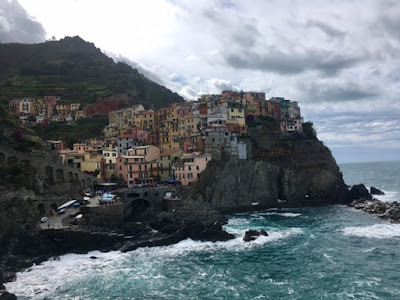 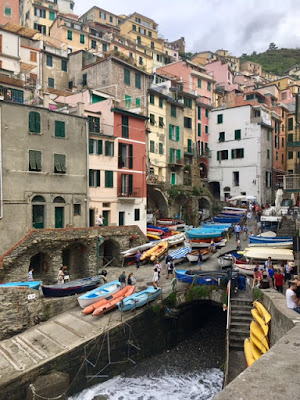 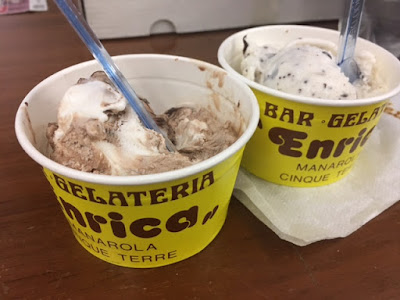 We took trains to travel between each of the villages and spent our time walking around and taking pictures, as well as going into the shops. This part of the country was definitely what I picture when I think of "coastal Italy" - very colorful buildings, lots of boats and breathtaking landscapes. 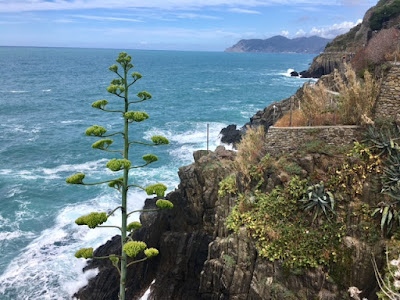 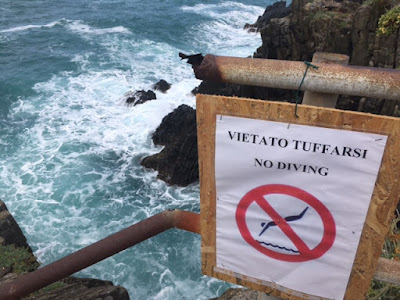 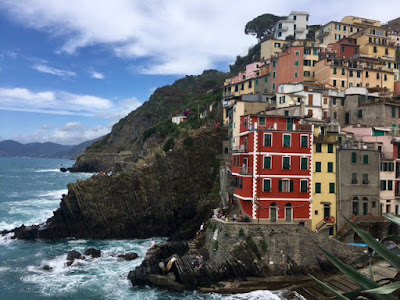 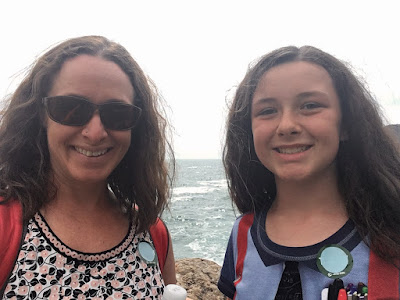 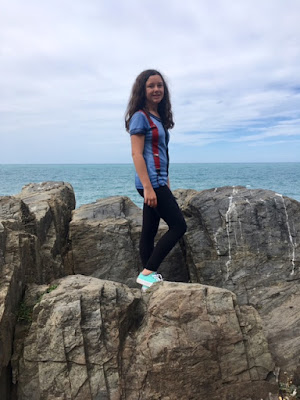 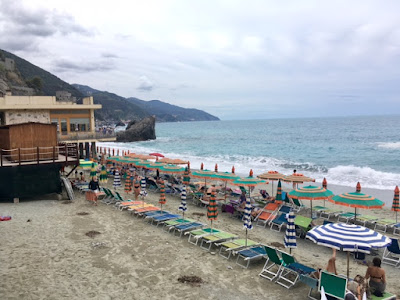 We were not able to take the ferry at all because the water was too choppy, although A was able to go to the beach for a bit. I opted to just sit on the patio and watch as we only had about 20 minutes before we had to meet up with the group, which hardly seemed worth the time and effort. 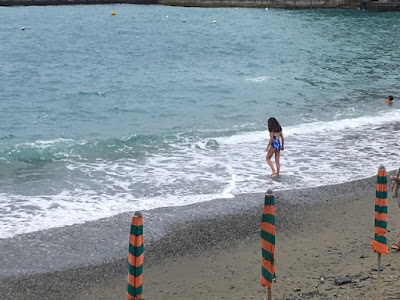 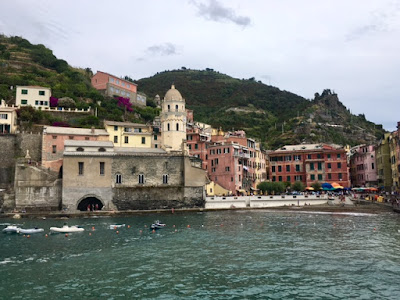 Dozed off on the trip back - a very long tour at over 12 hours! The three of us were starving by the time we got back to Florence, and we all agreed to go back to the brewery by the hotel as it was inexpensive and the food/drinks were delicious. We were all pretty tired and A and I watched some Netflix before bed.