Tuesday (10,729 steps) - Barre with Gabi! Thankfully, it didn't feel quite as impossible as last week. Hopefully I have not lost ALL my strength. Gymnastics and Taco Tuesday.
Wednesday (22,255 steps) - Barre Sculpt with Kelly. D'oh. This is so hard. I know it's probably helpful to take this class, but sheesh. Skipped run club (for the first time "on purpose" in ages) so that we could meet up with FRXC for a run at Apex. I hadn't run with that group before, but I managed to meet someone who claimed they would be running slow. (And I clarified what my pace and "slow" meant, so I felt good about it). However, slow was a bit faster than I expected, not to mention, first run since Chase the Moon, and SORE/TIRED from barre. Either way, it was an overcast night, lightly rained and PERFECT weather for a trail run. 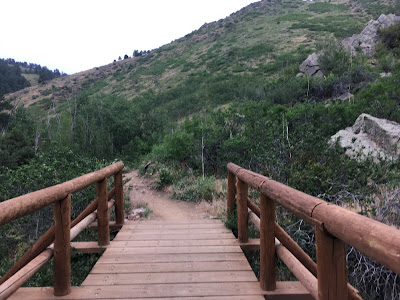 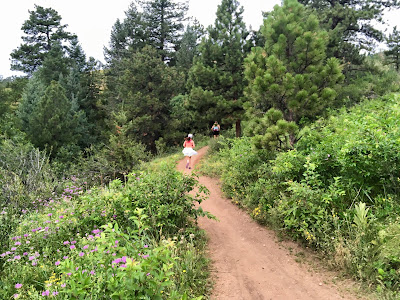 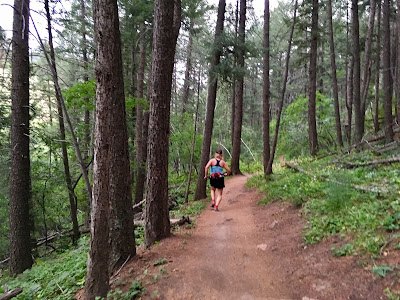 Had a great time (A did too!) and the group leader said that A was officially the youngest person to come out for a run, and he wanted a picture of us for their Facebook page.
Thursday (14,708 steps) - Belmar run club! Tired after back to back barre classes and a tough trail run, so I just walked with Dulce and Matilda. 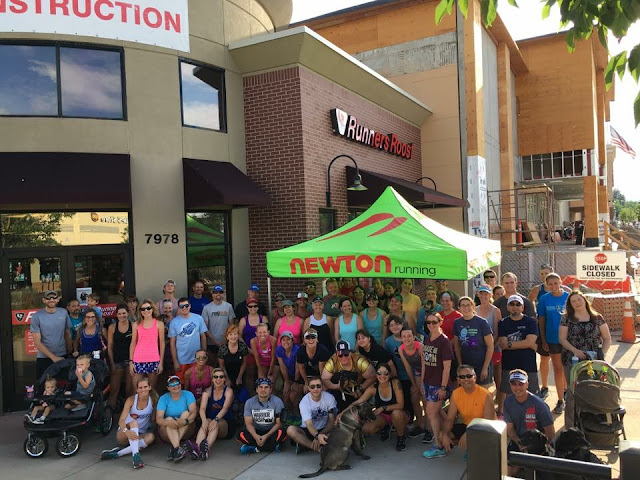 Bought beer for the first time since getting back from vacation. Although it may sound delicious, it sadly was not. 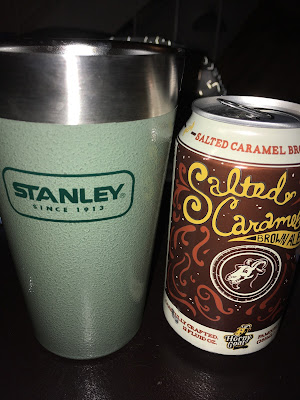 Friday (11,046 steps) - A was spending the day with Ang, and then she invited us to stay for dinner! She is a fantastic cook and we really enjoyed our meal. I don't recall doing anything else...
Saturday (25,886 steps) - The forecast was for a million degrees and sunny. Our aid station was the mile 8 turnaround, and I initially thought I might run 12-14. My ankle has been bugging me for a while, so after 5 miles I opted to turn around. Good thing, as it started throbbing about a mile after I headed back. The route was in Golden on the Clear Creek trail and was mostly downhill on the way out. Pretty pleased that it wasn't as bad as I feared it would be on the way back. 10 total was plenty. 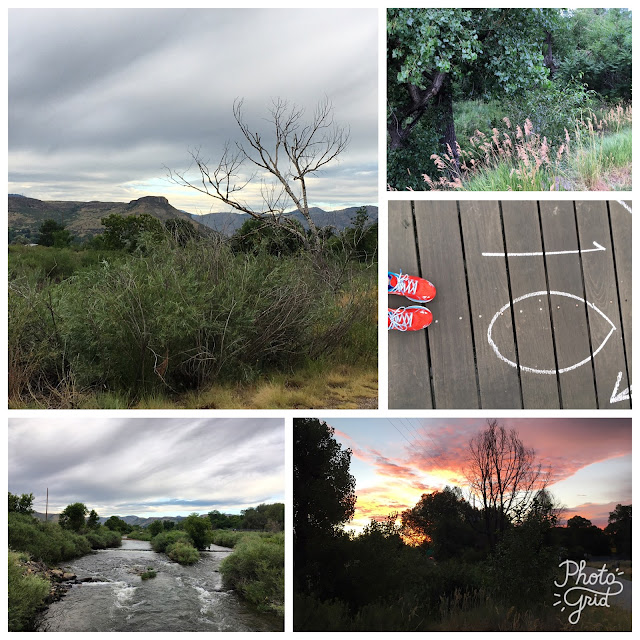 Stopped at the store on our way home, then just had a little time before heading to Nikki and Calvin's birthday party at the park. Posting this pic because I'm actually in regular clothes (wearing the sunglasses). 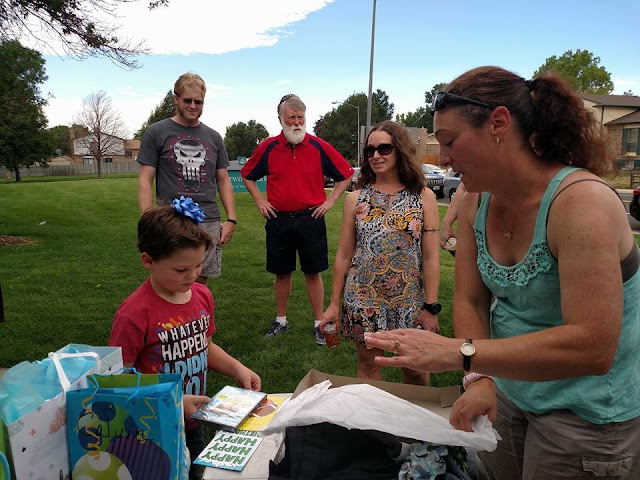 Left the party at 4, then went to the music store to exchange A's viola - she grew and needed a bigger one. Then we headed down to Berkeley to visit Sully at his new running store! So happy for him, it's really a cute store! (Although I'm not sure any guy would be happy with me using the word "cute" to describe their work). 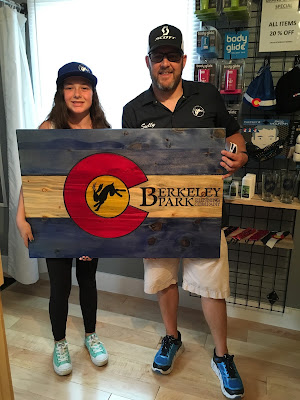 Sunday (19,002 steps) - Out the door by 5:30 for the Donor Dash 5k. Not going to write up a separate recap on this one though. Parked at the high school by 7, and immediately ran into Laurie in the lot. Took a bit of time to find the tents to pick up our bibs, we had all received free entries from the Rocky Mountain Lions Eye Bank (what a deal!) Found Ang and the girls, took some pictures before the start. 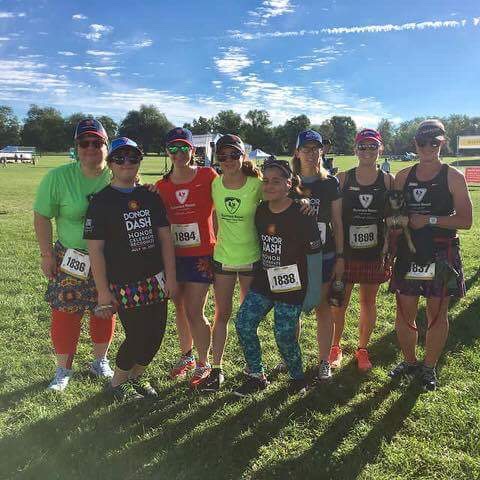 The Donor Dash is a huge event - tailored towards families. With that in mind, we lined up close to the front since there were a ton of people walking and lots of strollers. We saw Jandy just before we started and she jumped into the corral with us. A decided that she was going to run with Jandy and I said something to the effect of "have fun with that." Sure enough, they bolted right out of the chute. I did my best to take it easy and hope that I wouldn't need to walk. The first mile was meh, I briefly chatted with Michael, who was definitely taking it easy. Walked through the first aid station, said hi to Shari and Tony. I struggled a bit in the second mile, even took a second walk break. Hit the second aid station at mile two, and shortly after that I saw Jandy running into the finish, and only a minute later, saw A. Oh geez, I still have forever to go. I ran pretty strong the last mile and finished, thankfully, at under an 11 minute pace. Found Jandy and A, then we backtracked the course to meet up with Ang and walk her into the finish. 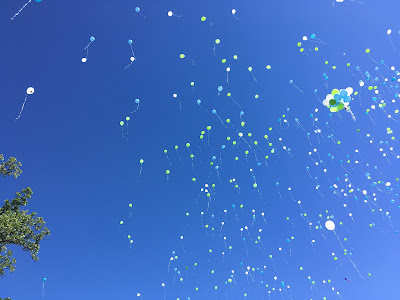 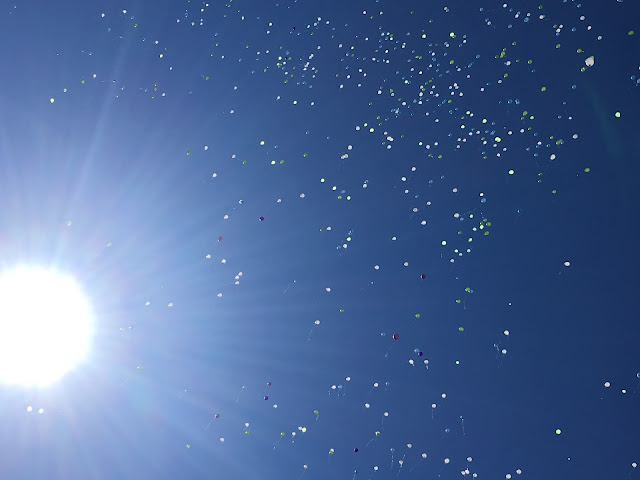 Went home for breakfast, then we met up with Jessa at Tokyo Joe's for an afternoon snack and to catch up a bit.
Monday (20,199 steps) - We had such a good experience with FRXC on Wednesday that we decided to head to another run club - the North Table Mountain Monday night run club. The route was a 4 mile loop, which I was pretty familiar with (other than the first 1/3 of a mile, since we were starting at New Terrain, and I had never been there. 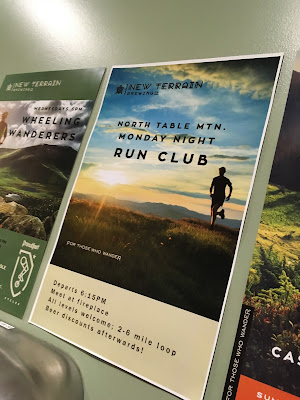 Within the first 3 minutes we were in the very back again. 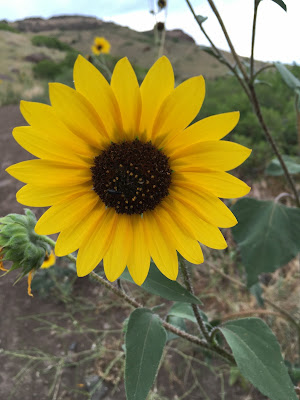 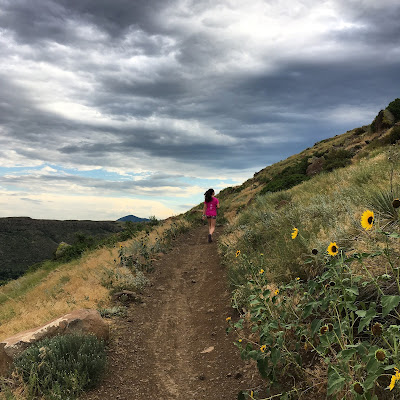 This group also waits at every junction. 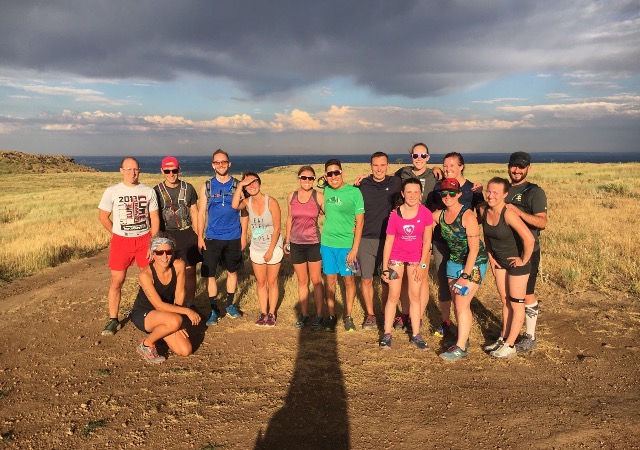 The two miles on the way down were really great, and we were NOT the slowest on that section - hooray! There were supposed to be beer specials, so I ordered one (and a root beer for A), but it seemed to be full price. It was delicious though, and the perfect way to recover from a trail run. We sat outside on the patio and chatted with people for at least 45 minutes after the run. Super fun night! 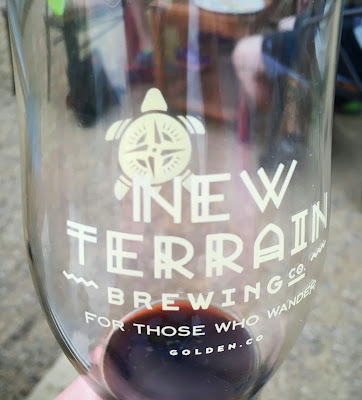