Probably not my brightest idea ever to sign up for a 12 hour run the same week we got back from a two week overseas vacation. But since I've never been accused of making wise decisions, this should not surprise anyone.

The Chase the Moon 12 hour race is one of my favorite summer events. Running in the summer is the most miserable ever, but since this race is at night, it is actually bearable. Plus, I actually get a "LONG" run in.

Sadly, I again had to work all day before the race. I still wasn't sleeping well (I'll blame jet lag), so I was ridiculously sleep deprived even going into the race. I also shouldn't have taken a tough barre class as my legs felt like lead before I even started.

I picked up A and we started the drive to Mountain Vista High School. I expected the traffic, so I was not surprised that it took over an hour. We still arrived just after 6, which gave us plenty of time to set up the tent (ok, A sent up the tent, I was not involved) and pick up my bib. By the time I got my ankle taped (still bothering me a bit after rolling it at Dirty 30) and loaded up my pack, it was time for the pre-race announcements. Pretty much the same old, same old, so I had time to use the bathroom before heading out. 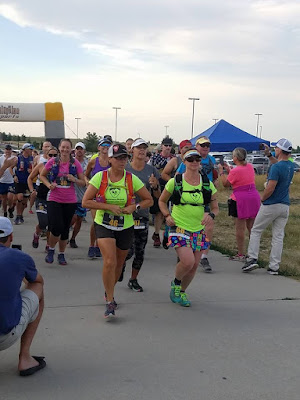 Race started right on time at 7:00, and I ran the first 4 minutes or so with Jandy. The race starts with a decent climb and I know better than to even pretend to run up that with a 11 hours and 56 minutes remaining. I would spend the next few miles yo-yo'ing with a handful of runners, never really maintaining a steady pace. I have a pretty decent handle on running ultras now, and I typically walk most of the uphills and run the flats and downhills. By the time I arrived at Outlaw (the only aid station on the 10.3 mile loop), I told Lisa and Pete (who were volunteering), that I was already so tired that I felt like I had already run 30 miles, not just 4. Ugh. I usually loosen up after a few miles, but I never felt good during this race. 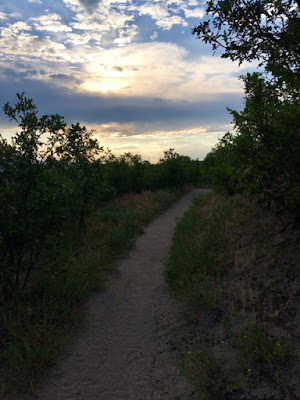 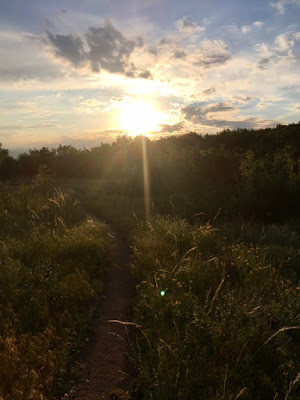 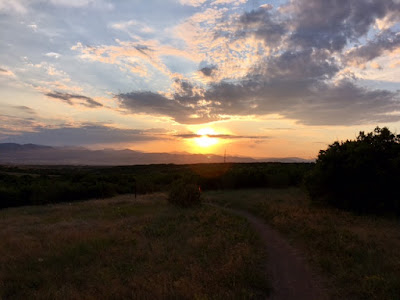 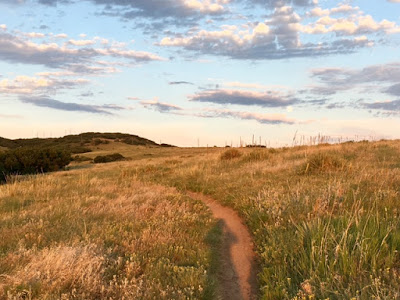 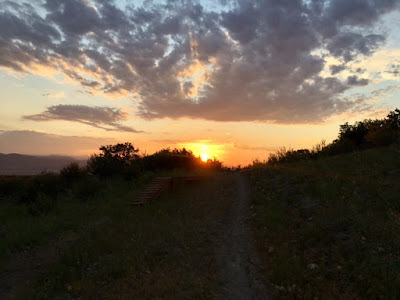 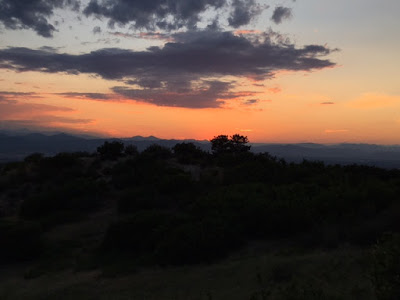 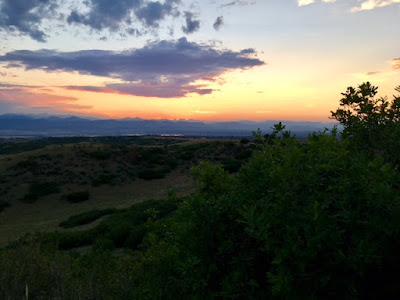 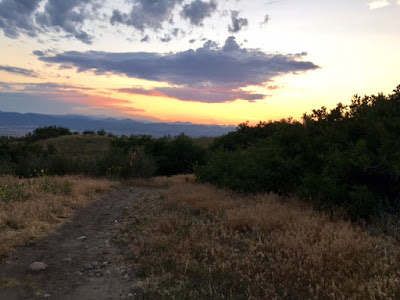 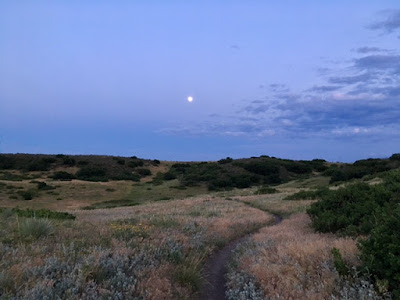 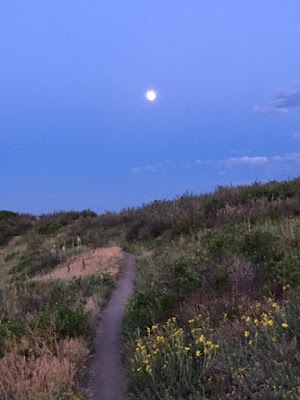 I didn't need my headlamp until the very end of the loop, but since it was paved, I figured I would wait to mess with it until I had gone through the start when I would be walking the uphill. I ran into Jandy, who was walking with A. A would join me for about a mile of run / walking, until the course split off.
My second loop was pretty uneventful and it felt WAY better than the first loop, although again, never actually "good." I had to fill up my pack at Outlaw, which is crazy. Only 16ish miles into the race and I was already almost out of fluids. 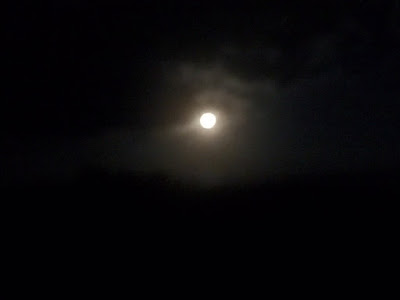 Third loop was also pretty uneventful. Saw lots of creepy birds with red eyes. One woman told me (as I passed her) that my pace was "amazing." Never heard that.... ever. That's about it. As I was coming onto the road for the downhill into the start/finish I finally saw Jandy! We agreed that we would run together for the next loop. She is such an amazing person to run with during ultras (the same gal that I ran with ALL of our Palmer Lake 24 hour race).
We were in and out of the aid station quickly and I told her that my main goal was to beat my time from previous years. We were both struggling and not running much of anything. A few miles in and we actually saw a skunk on the course! The last 4 miles back to the start/finish were miserable, but I had remembered that from previous years.
We both decided that even though we had time, we were not going to do a small loop for more miles. I ran over 35 minutes faster than I ever had, for a huge course PR.

Of course, as my friend Dave went out for a little loop, I immediately had regrets that I had opted to NOT run more. Coulda, woulda, shoulda.