We were up early so that we could drop our bags at reception so they could hold them for us for the day. The bus stop was just right across the street for our all day tour to Chamonix and Mont Blanc.

We left right on time at 7 am and started the 2ish hour drive to Chamonix. A half dozen people were kicked off the bus tour at the French border because they didn't have their passports. Bozos.

The drive was really pretty on the way up. We arrived in Chamonix with time to go up the gondola to Mont Blanc. The tour that we signed up for was pretty great because we didn't really have any set meeting times. 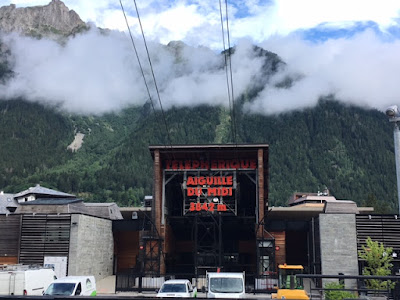 The gondola holds something like 60 people, and there were two different levels to get us to the top of the peak. Boy was I glad that I had brought my Smartwool jacket and a beanie. It was ridiculously cold at the top and WINDY. The views were spectacular. A is terrified of heights, so it took a bit of coaxing and hand-holding to get her to come with us to the top. Maureen wanted to do the glass box, which A had NO interest in doing, so we waited for her in the lodge. 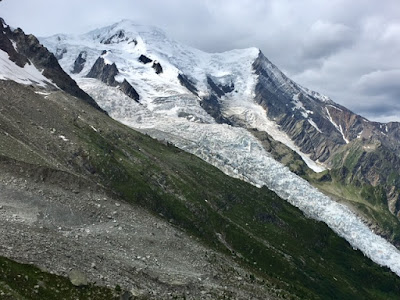 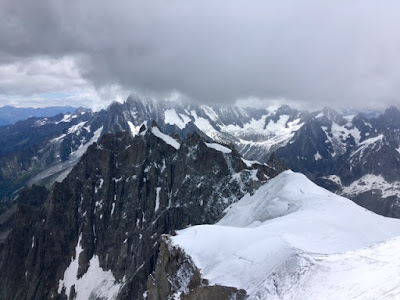 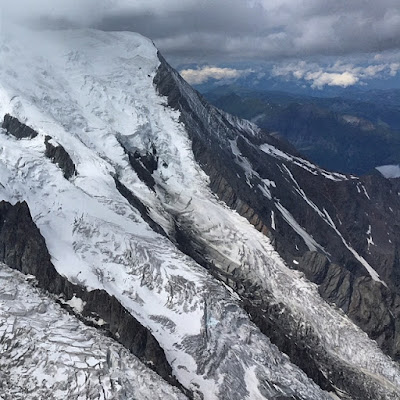 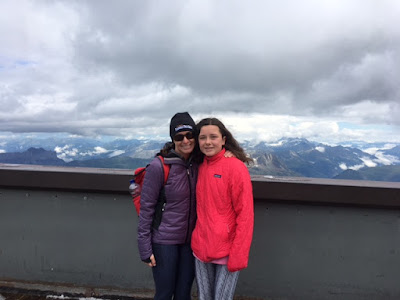 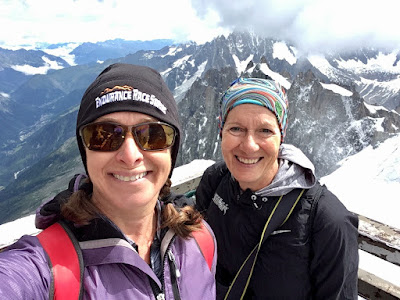 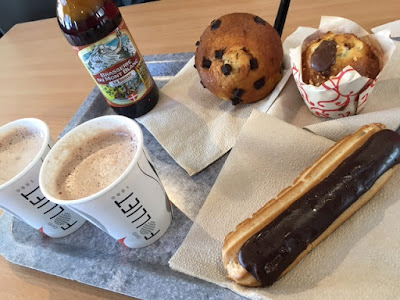 We headed down the gondola right as the storms came rolling in - it became so foggy that we couldn't see more than a few feet in front of us. Thankfully, we had gone up early so we were able to see things! We stopped a the plateau between the two gondolas so that we could do our quick "run" in France. 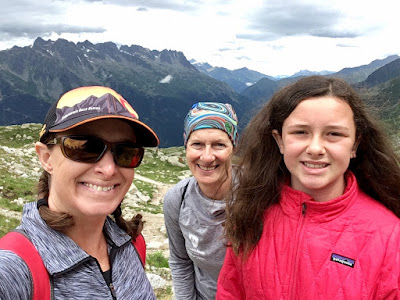 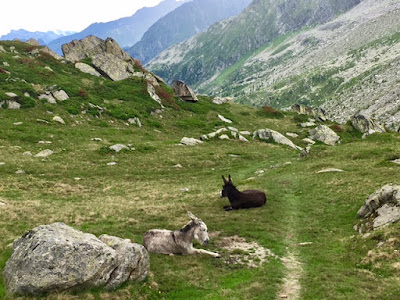 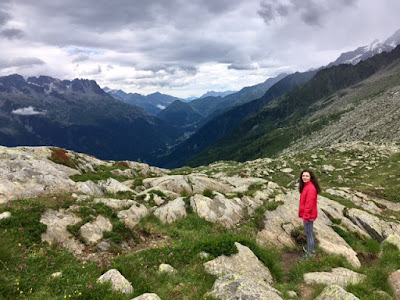 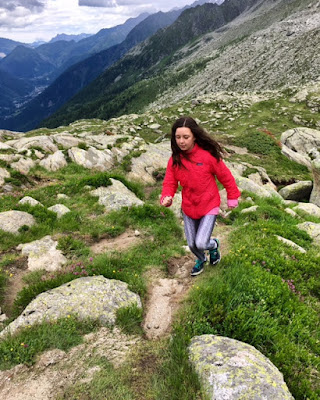 Once we got to the bottom, we met up with the guide. He told us where we could catch the train, although we decided to pick up food and souvenirs first. We all got crepes, which were delicious. We took the train up, and unfortunately found out that due to high winds, the ice caves were closed. Womp.
We decided to do a hike, but within about 10 minutes we got stuck in a rain/hailstorm. OF COURSE WE DID.
Opted to just take the train back down, then sat in the lobby of the hotel meeting area and had coffee until it was time to head back to Geneva.

The bus got us back right on time, and we rushed to the hotel to pick up our bags and go back to the airport. Our flight ended up being delayed by almost two hours. The biggest problem with that was the hotel we were staying only had check in until midnight, and we weren't even scheduled to land until 12:15, not to mention the time it would take to get out. I had emailed them earlier in the week to let them know our arrival to see if we could have a shuttle pick us up. They unfortunately never responded.

Since none of us had an international calling plan, we got a woman at the info desk in the Venice airport to call our hotel to make sure we would still have a room. We had to wait in a ridiculously long line for a taxi. Then we found out that NOWHERE in Italy (or hardly anywhere) takes cards. We were arguing with our cab driver at 1 in the morning because none of us had euros. Urg.