We didn't get up super early, since the front desk didn't open early. We were pleased to have a pretty good breakfast provided by the hotel - yogurt, fruit and tons of bread. Since none of us had changed money, all we were able to do was pay the hotel a fee for the shuttle back to the airport so that we could get cash.

We all bought bus tickets to go to the bus station, since we would be taking the train to Florence. Somehow, A and I managed to get tickets on the express bus, which meant no stops, and Maureen got on a bus that had a billion stops. Wifi was very hard to come by, and it was HOURS before we reconnected. In the meantime, A and I went for a very expensive ride in a gondola, then sat in a cafe until it was time to catch our train. 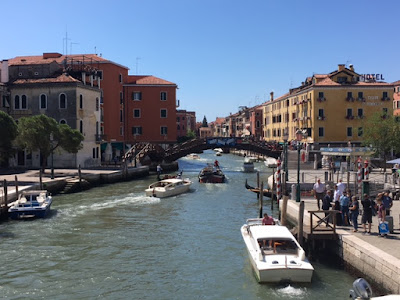 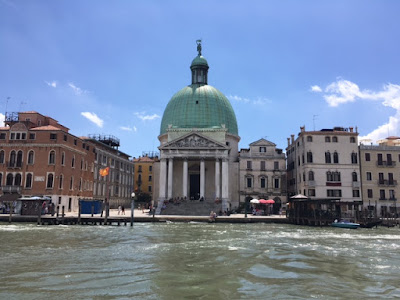 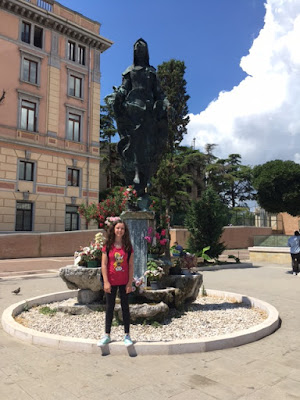 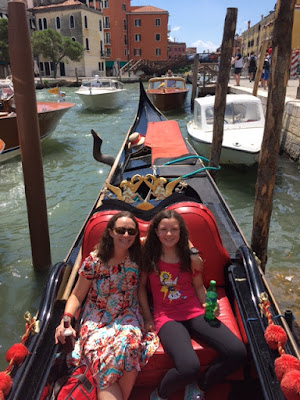 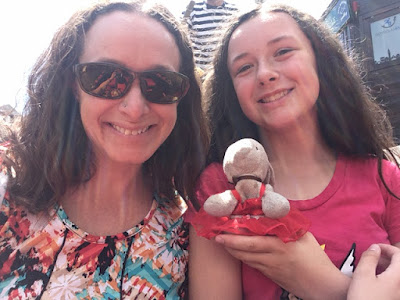 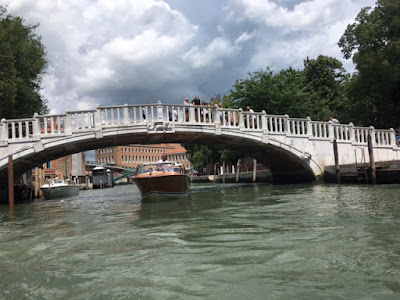 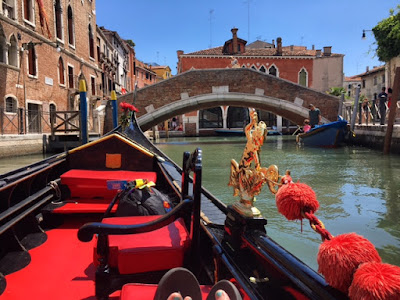 The train trip took about 2 hours, and was fairly uneventful. Once we arrive in Florence, we encountered the same issue with not being able to get wifi. We wandered around the city lost for a while trying to find our hotel. The desk hours for this place were also ridiculous. Like 10 am to 1 pm. We hadn't arrived until evening, but they had left a note on a room door for us and keys.

A and I went to dinner at the brewery that was downstairs. I had some delicious pasta and A had a burger. I also finally got a nice stout beer! And the prices were so much more reasonable than other places we had been. 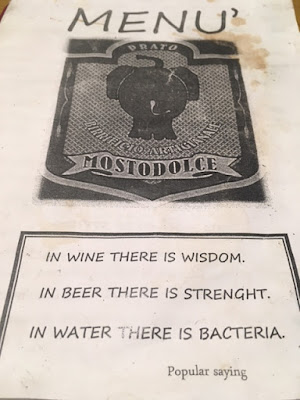 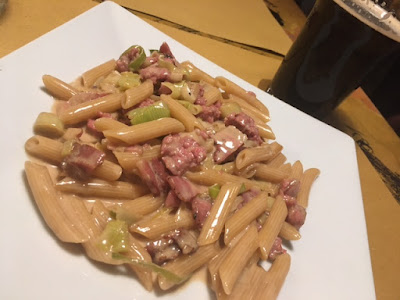