Tuesday (10,901 steps) - Barre with Gabi. Still feels hard.
Wednesday (14,993 steps) - Barre sculpt with Kelly. I was able to do about 99% of it, but still super hard and sweaty. Traffic was a damn nightmare getting out of downtown. By the time we got to run club it was almost 6:30. We ran a few slow miles anyway, and thankfully it was cloudy. Also, it was freaking windy. I picked up the Hoka Insticts I won recently, and they are really pretty! Looking forward to trying them out.
Thursday (15,914 steps) - Met Janna for lunch at Mod Market. I had never been there and it was delicious. I got a rice heirloom salad - so tasty! 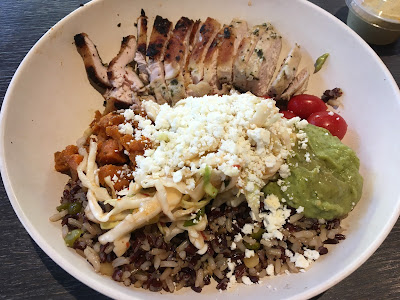 Traffic was a nightmare AGAIN, and it took almost an hour to get to Belmar for run club. Got there with a minute to spare to change clothes before heading out. 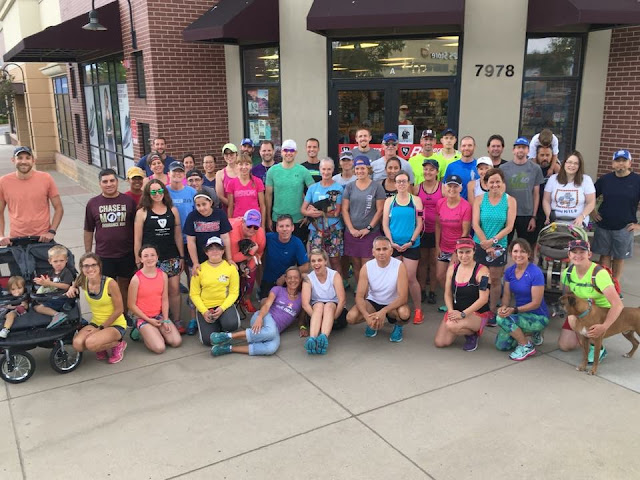 A and I decided to run on a bunch of random trails in the park since she was demo-ing trail shoes. Legs were tired from more back to back barre classes, but we got in over 3 miles, so that was nice. 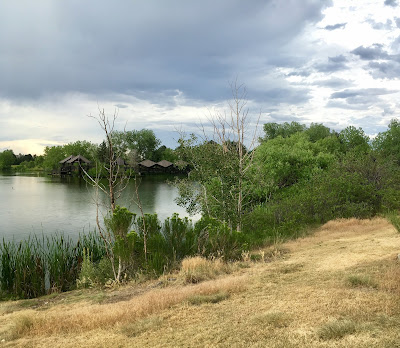 Friday (11,328 steps) - Ang invited us to dinner again! We stuck around after eating and played "Things," which was a lot of fun.
Saturday (21,967 steps) - Runner's Edge was waaaaay down in Parker. We had the mile 12 turn around, so we had to leave extra early to get our aid station set up. We both opted to run short, A ran 5 with Pete and I did 8. The route was uphill on the way out, so thankfully, the last half wasn't as bad. My ankle started to ache a bit with about a mile to go. That's not good. 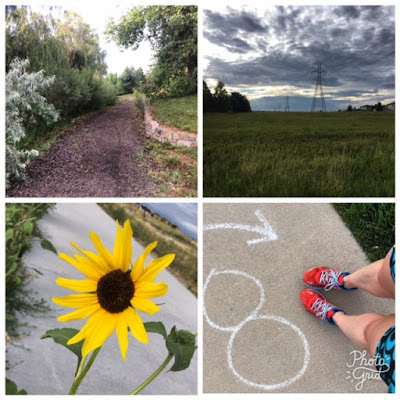 We went to the grocery store and then I made a week's worth of stir fry (for dinner and lunches). 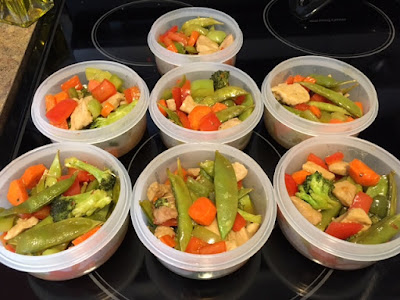 Then we went over to Sully's grand opening at the Berkeley Park running store. It was a super fun evening - filled with food and beer! By the time we got home it was after 7 and we still had to bake a few dozen cookies. Exhausted. 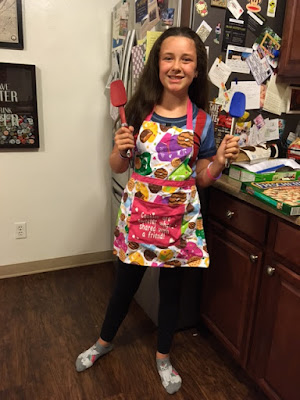 Sunday (30,085 steps) - Longmont trail half marathon (recap to follow). Just enough time to go home and shower after the race before heading up to Heather's house for a BBQ. Thankfully it was substantially cooler in the mountains, it was just brutal down in the city. We ended up staying for quite a while, coming home for dinner and going to bed EARLY. Weekends are more exhausting than the week.
Monday (19,870 steps) - Runners Roost was hosting a "fun run" with Anton Krupicka. Kristen messaged me and asked if we were attending and offered to bring A down so I wouldn't have to drive home to pick her up. SO AWESOME. 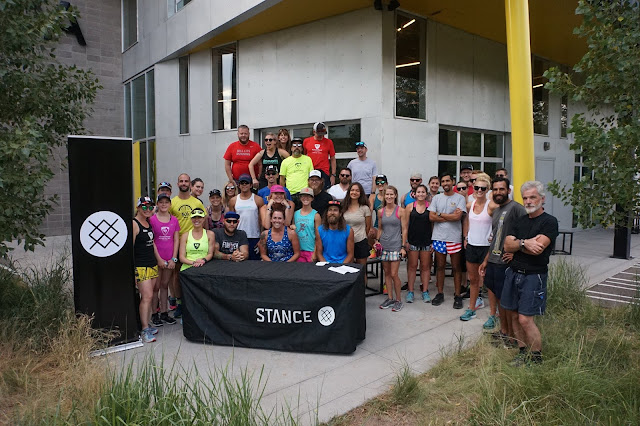 As for the run, my legs were DEAD from start to finish of this. Kristen was kind enough to wait for us so we wouldn't get lost. Janet stayed with A since I was the caboose.  The route was not my favorite, we were running in RiNo, which can be pretty sketchy. It's also sad to be so slow that we were not able to get in any of the group shots. 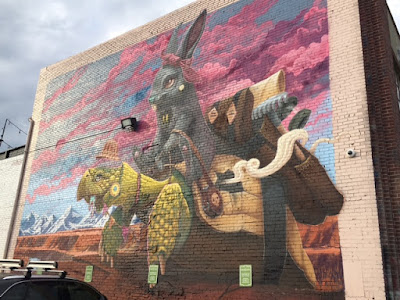 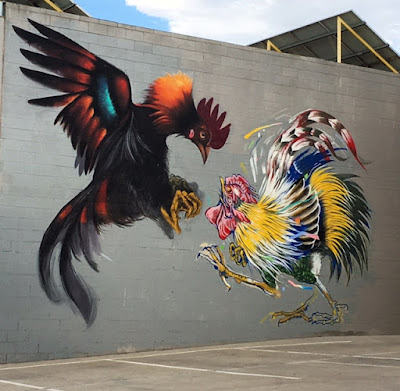 Either way, The Source hosted us at the end and we got free drinks (I tried a "Juicy Watermelon" beer that wasn't too bad) and Stance was also there. I got a free pair of socks just because I had worn some to the run! 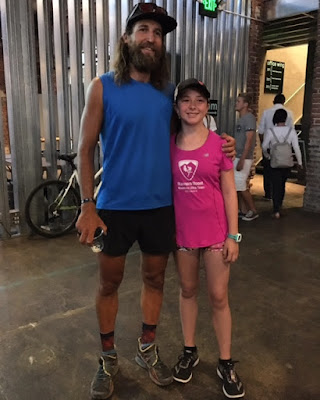 When A asked Anton if she could get a picture, he asked for her name. Then he said, "I feel like I've met you before." Yes Anton, you have. It was pretty funny.
Stats:
at July 31, 2017