Tuesday (10,024 steps) - Barre with Sasha.
Wednesday (20,994 steps) - Lakewood Trail Series! This week was the big kahuna - 7ish miles, including the climb up Mt. Carbon. Forever, I've been thinking that I ran this last year and it was no big deal, that I finished before it got dark, etc. Turns out, I ran the short course last year. I totally made up a fake memory. A was running the short course with Laurie and I headed out with the goal to keep the pace easy-ish. No walk breaks until Mt. Carbon climb. The most interesting part of the run was when a snake slithered between my feet when I was walking up the hill. I didn't even have time to be startled. 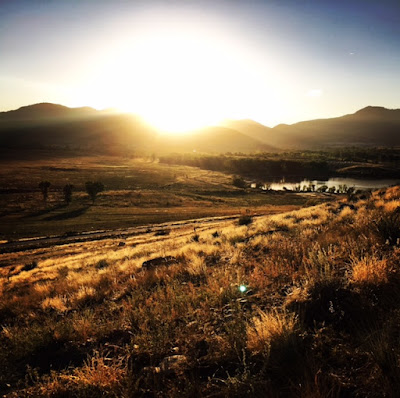 Another small bit of walking between miles 3 and 4. We ran a section of the park that I had never been in before and I felt pretty good the last few miles. 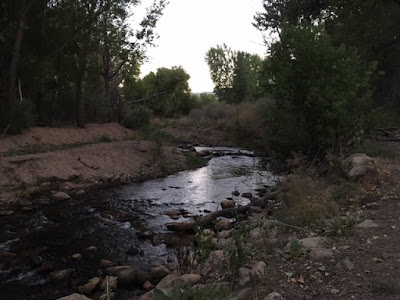 Ended up running the 7 miles in about 1:20, which is pretty darn good, considering Mt. Carbon (and I wasn't even last). It was dark within 10 minutes of finishing, and we all scattered instead of hanging out after like previous weeks. 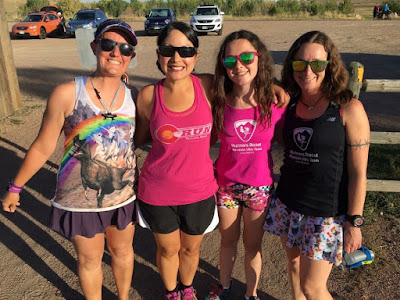 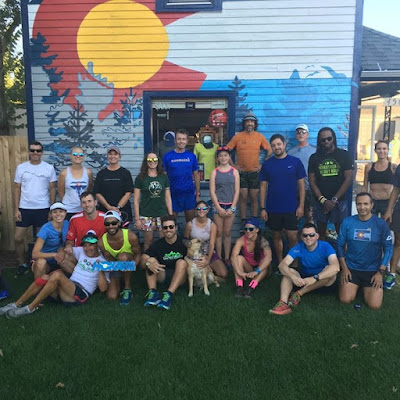 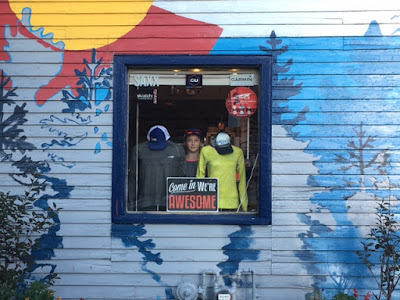 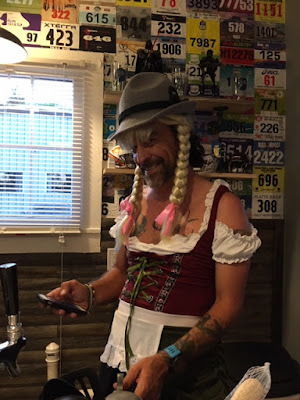 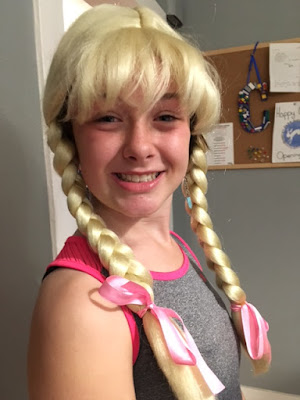 Passing around the blond braids was apparently a "thing." Who wore it better? Phil or A? Ha!
Friday (9,774 steps) - Barre with Kelly.
Saturday (27,588 steps) - Snow Mountain Ranch half marathon. 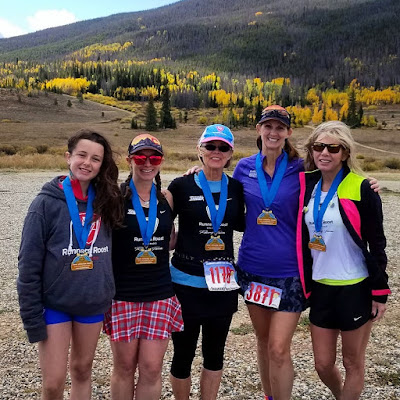 We left Snow Mountain Ranch and drove into Winter Park to Deno's for "brunch," which really meant a beer and sharing a sandwich with A. Michelle and her husband Scott joined us, and it was a great time to sit and chat (out of the cold wind). After Kristen dropped us off at home, we literally did nothing the rest of the day.
Sunday (5,023 steps) - I actually managed to stay in bed until NINE. NINE. A made us breakfast and I did laundry. We watched TV all day until 3:30, when we went to barre.
We met Heather, Beth and Mo for class, then headed over to DBC for pumpkin beer! It was cold and misty all day long, so perfect day to (practically) do nothing.
Monday (7,607 steps) - EXHAUSTED. Clearly not from actually DOING anything. The cold front is officially here and it was a blah day. I went out briefly at lunch to get a new phone (which turned out to be a giant pain as apparently my most recent backup was corrupt). Other than that, nada. A decided we should skip our group run because it was cold and rainy. No complaints here, we enjoyed a night at home.