Tuesday (10,209 steps) - Barre with Sasha.
Wednesday (19,364 steps) - The second Lakewood Trail Series! A wanted to do the short course and I planned on the long course. I ran the first two miles with Dulce, and other than walking up a fairly large hill at mile 3, I RAN THE ENTIRE COURSE AND FELT GOOD. 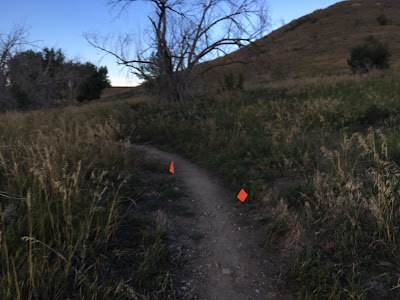 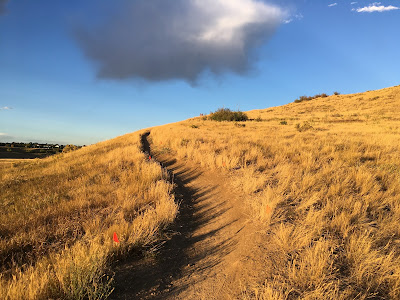 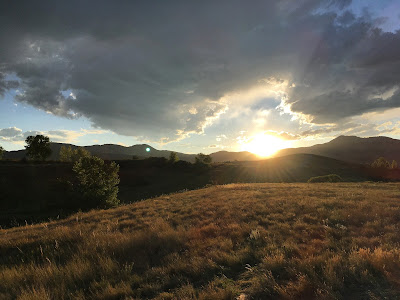 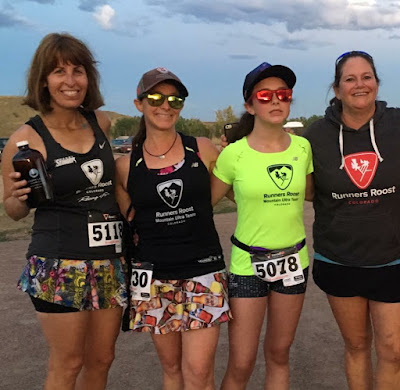 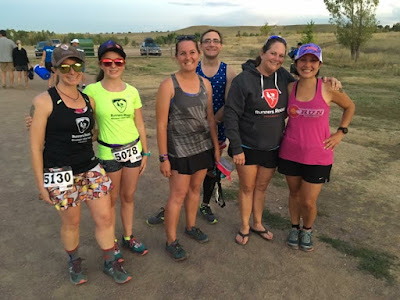 Thursday (14,663 steps) - The inaugural run club at Berkeley Park Running Company! Since the location is so close, we arrived about an hour early. That gave us time to help Sully and Phil get everything set up. They had a pretty good turnout, I think this is a great location for them. 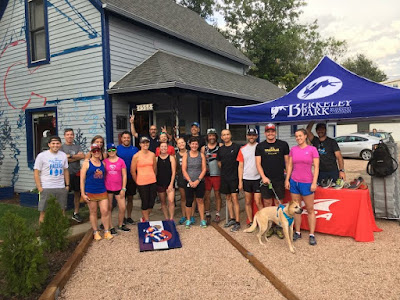 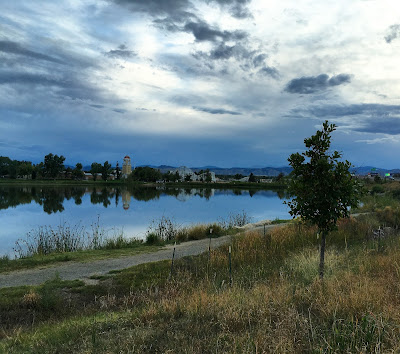 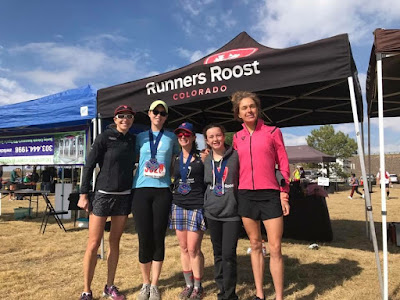 We ate, showered, and then headed down to Denver for the rehearsal. It was interesting, since only one of the four bridesmaids were there, so it wasn't the most organized. Afterward we went across the street for food at the Art hotel. 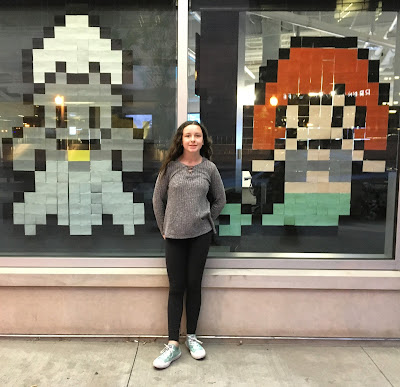 Sunday (14,342 steps) - Slept in until almost 8! Went to the grocery store and then got ready to go back downtown. Since A was in the wedding we had to be there by 11! She spent the morning hanging out with Margo and the other flower girl, and I spent my time with Eric, Heather and Beth, helping out wherever I could. 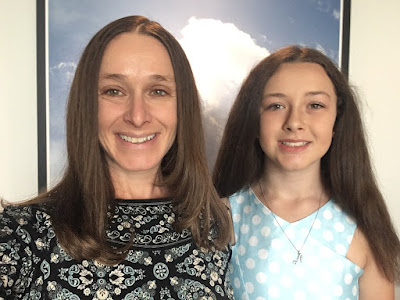 The wedding started at 4 (well, turned out to be about 15 minutes later than that). The ceremony was gorgeous (and quick). The toasts were amazing, the food was fantastic, and we had a great time dancing and seeing everyone. We were some of the last people there, not heading out until 9:30 or 10. 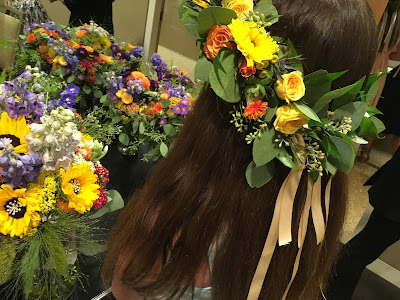 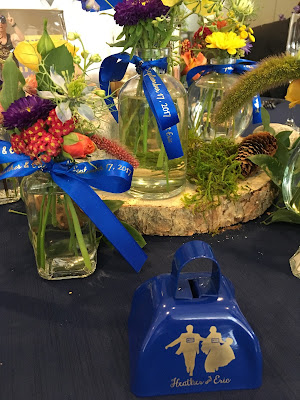 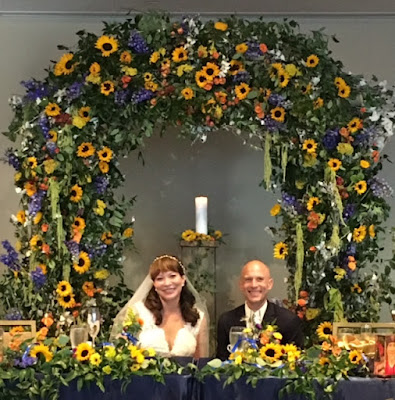 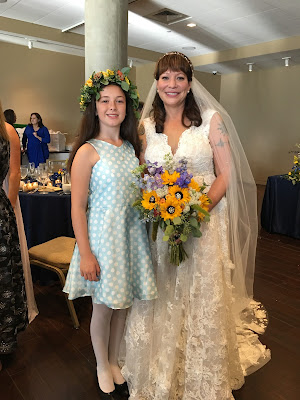 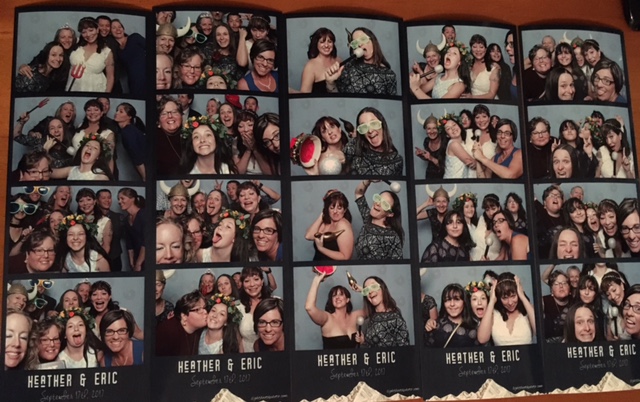 Monday (18,264 steps) - New Terrain run club! Berkeley Park was there again, as there was going to be a panel after the run club. We were running in two different groups, and somehow, the slowpokes got stuck in the second group. I ran some solo, some with Meredith. A had stayed with Pete, and I assumed that they were going to turn around before the summit as he had said he only wanted to do three miles. However, when I got to the bottom, they weren't there! By then it was dark-ish, and Kristen and I were worried. We found them at the base of the switchbacks. Pete had decided to go for the full loop and then it got real dark, real quick. Next week - headlamps! 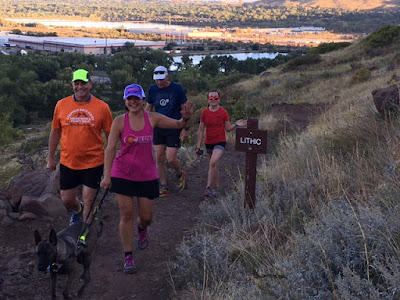 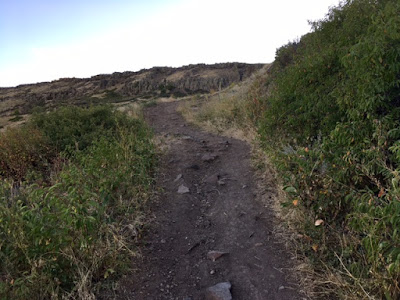 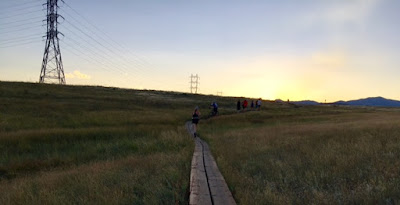 Stuck around for most of the panel (any time Junko is speaking is a good time) and a beer with Kristen and Pete before heading home. 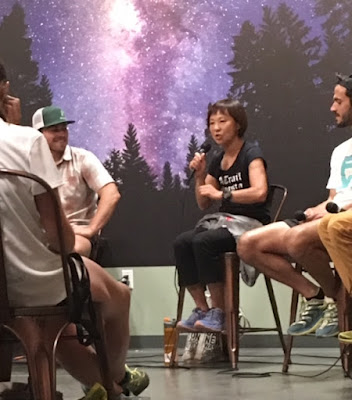