I woke up feeling hungover. I could barely walk when I got out of bed. Who had the brilliant idea to do this?? Oh wait, me.

We were out the door a bit later than we had planned, even with the later 8:10 start. We all "started" together, but I was quickly left in the dust. I couldn't even believe how well everyone was running! I could barely walk. How was I going to do this??
The first small loop was shorter than what we had done the day before and we looped back around to the start area after about a mile, and then we would run a modified big loop.

Everyone was waiting for me, except A, she had taken off. Young, fresh legs!!

I stayed in the back with Lisa (thanks for sticking with me). I had my one and only fall on a non-technical section around two miles.

We didn't hit the first aid station until about 4.5 miles, but that meant we were already 1/3 done! 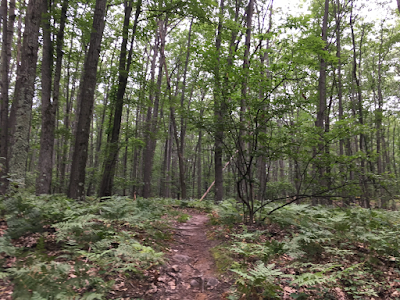 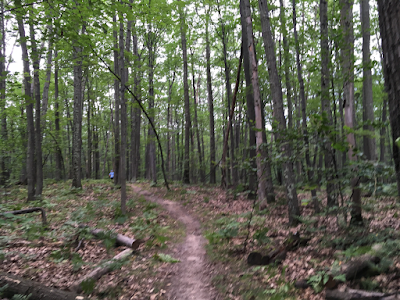 When we turned off from where we had run the big loop, we finally got to run a new section of trail - and it was great! It's hard to imagine that anything could actually seem different, but it really did. It was extra green and didn't seem quite as hilly as what we had run before. It was a nice change. Somewhere around mid-race I saw all the gals in front of us, including Ariel. 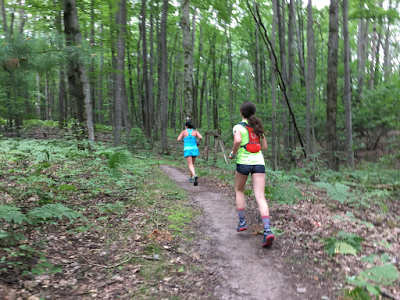 We all ran together for the rest of the race. And by "ran together" I mean that Annette, Melissa and A were running quite a bit faster than Lisa and I were, but we could mostly see them the whole time, although we did lose them before we got to the last aid station. 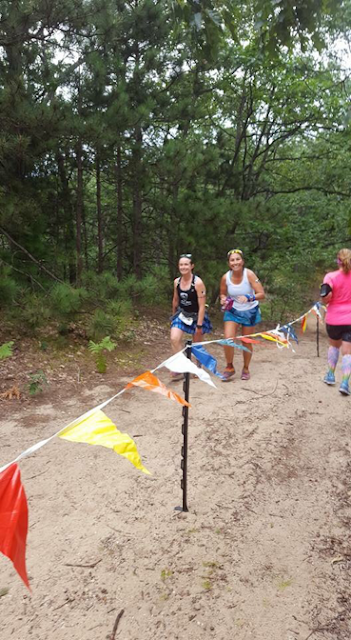 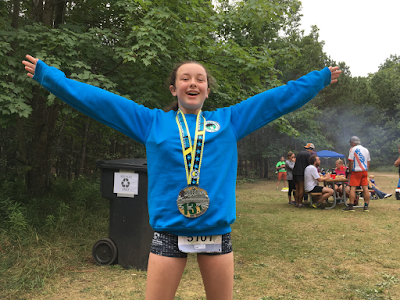 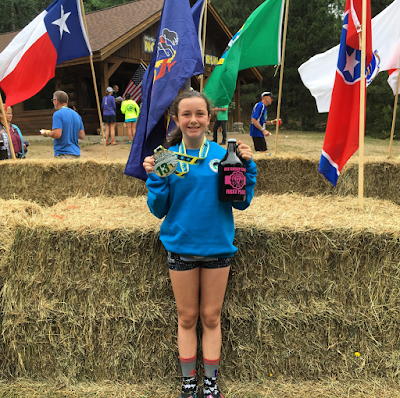 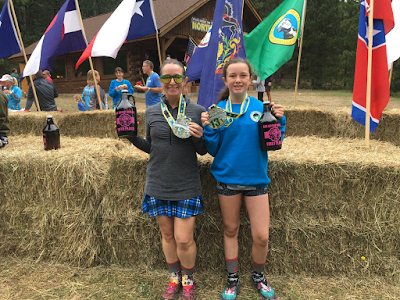 These are pictures that Melissa took when she and Annette and A were running early in the race. Someday I'd like to run with her, she takes fun pics! 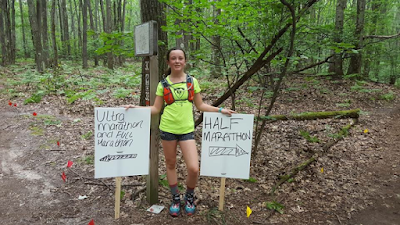 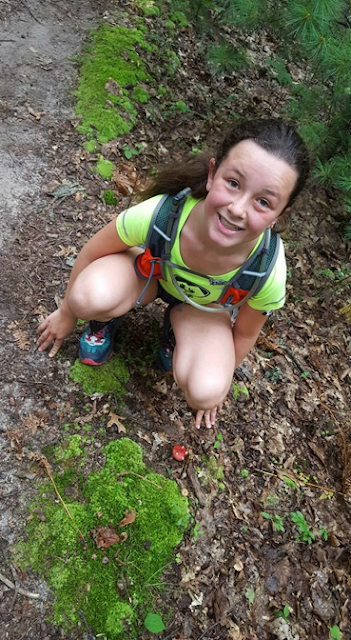 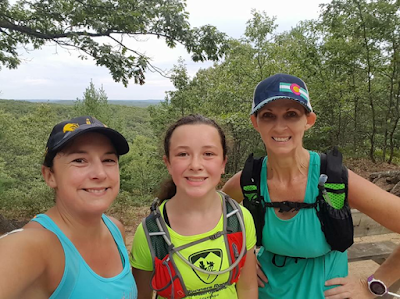