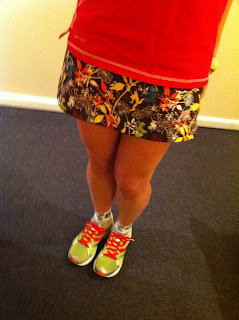 I had trouble getting my watch to sync, and by the time it DID, one lady and I ended up losing the group. So we ran together. Her name is Syd, and she is from Utah. She is FAST!! In her fifties, she can easily run a four hour marathon and has done Boston FIVE times! She gave me some advice for how to run the race, and in 30 minutes, we somehow met up with the group. Quick shower and breakfast, then we were off for day.

I didn't pack the right clothes for this trip. The booklet I received in the mail said I "might" need a light jacket but skirts, dresses, etc were good for this time of year. It was freakin' FREEZING when I left the hotel in the morning. I was glad to have brought a sweater and jacket, as well as leggings that I eventually had to put on under my skirt. First item on the agenda - driving the marathon course. I was NOT looking forward to this. I know that a lot of people LIKE to see where they are going to be running. I am not one of those people. An elevation profile is bad enough. Driving it just makes it seem SO MUCH FURTHER. The course actually starts in Marathon. It was a long drive to get there, took maybe 45 minutes. Pictures from the drive: 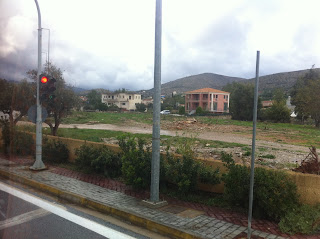 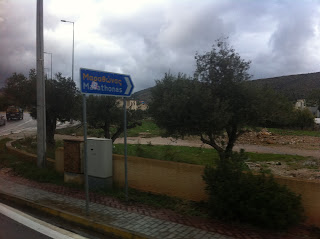 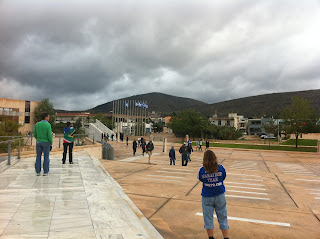 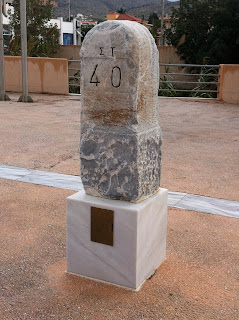 Around the 5K mark, the course goes by the tombs - an archaeological museum. 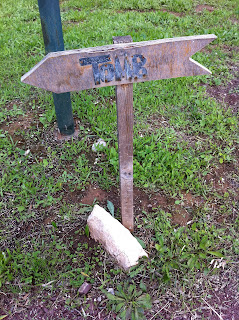 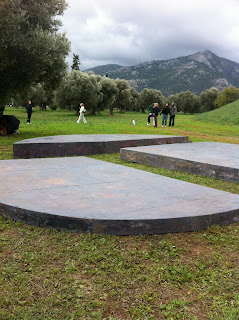 Most of the course is just through downtown Athens. Lots of car dealerships, gas stations, etc. As I said, I tried not to look at the course. All I know is it seemed like it took a REALLY long time to drive the course.


After driving the course, we headed to the expo. We were not picking up our packets, but it gave us the chance to check out the vendors and buy any official race merchandise. 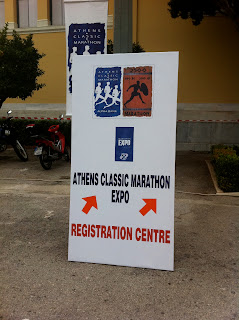 The expo was INSANE. Adidas was the clothing sponsor and their booth was so crowded I couldn't even see what they had to offer. I didn't even try to get in there. There was only one booth that sold official merchandise and it was beyond crowded. The only way that you could even see what was offered is if you just got in line. I bet I was in the line for at least 30 minutes. I picked up a pin for my race hat and a couple of t-shirts. The rest of the expo was just as packed. No way was an hour enough time to go through it all! 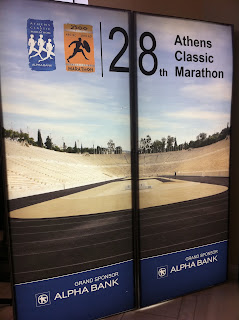 After leaving the expo, we took the bus to downtown Plaka (a suburb or section of Athens) where we were to have the afternoon free.


We stopped at one of the restaurants that the tour guide recommended. Since I ate at the expo, I didn't order anything, but I snacked on some bread and of course Greek salad. The place was... not that great. There were birds everywhere and they didn't do anything to keep them out of the food. They brought out food as they felt like it, so the first people go their food ten minutes before the rest of the table. We ordered wine that they never brought, and it took a really long time to get the check.
After lunch, we walked around Plaka, checking out the stores. I actually didn't buy anything! 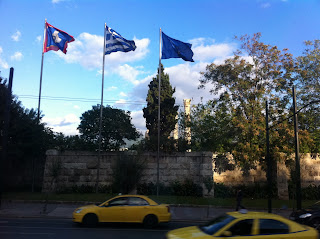 We headed back to the hotel just after 4:00. A group of us met with Greg's parents and walked to downtown Glyfada to a restaurant called "George's" (a steak shop) to have some dinner. Along the way I took this picture:

Food at George's was amazing. And I am certain we ordered at LEAST one of everything on the menu. Of course the Greek salad, but also fried cheese, fried eggplant, other appetizers that I can't even remember now. I promised myself I would at least TRY everything. (Well, everything except lamb. I just can't do it).

We were STUFFED after eating such a big dinner. It had been a pretty long walk to get to the restaurant and originally we had thought about taking the tram back, but we opted to walk and try to burn off some of the dinner. Along the way we saw this stage with a Greek rock band performing. Lyrics aside, it sounded pretty American.