Even though I was supposed to have the day off from running, I had eaten so much for dinner the night before that I just felt gross. So I got up and went down to the fitness center anyway, figuring I'd do some time on the bike and walking on the treadmill. Figure that's always better than being a sloth :D 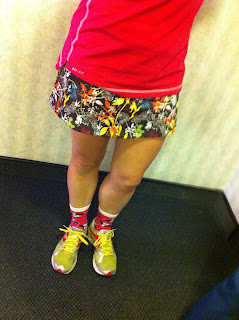 Last full day in Alaska with no plans, so we decided to head north and find something to do. The first thing, apparently, was going on a 2 mile hike here: 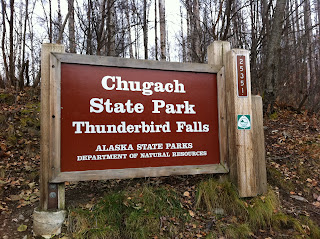 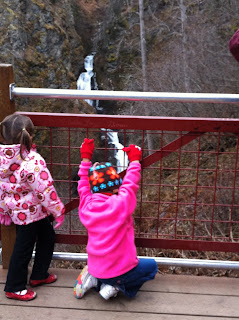 After we were done with the hike (surprisingly successful even though it was super cold, 2 miles long, and we went with two kids under the age of five), we kept driving north. 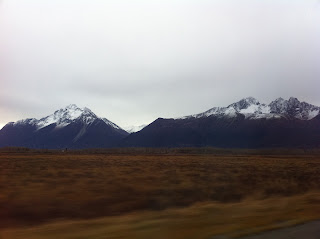 And ended up here - in Wasilla. In previous years the Iditarod race has started here, although most years it doesn't get enough snow, so it starts even FURTHER north. This was actually open too, there was a museum (but no dogs). I gotta say, I've never put that much thought into sled dogs before, but they are pretty amazing! And watching footage from the races? Wow!! 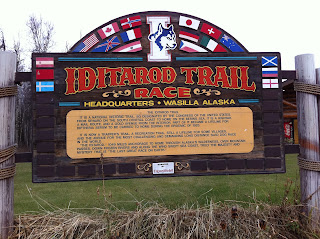 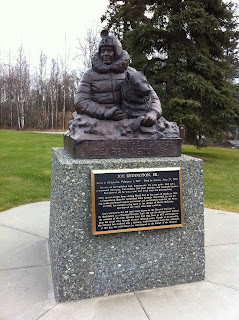 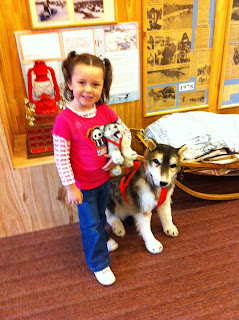 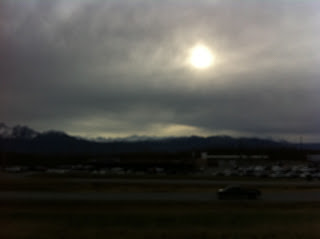 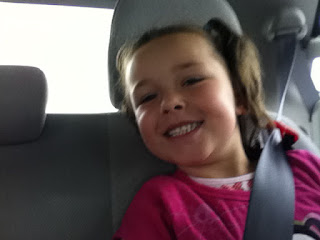 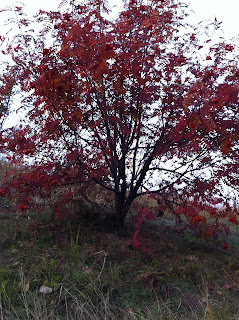 We had some time to kill before the Spaghetti "Zombie" Feed (AKA, Carbo load dinner sponsored by the Anchorage branch of Team in Training. Such a deal! For $10 there was salad, pasta, bread, drinks, dessert (soooo much dessert) and door prizes?? I was surprised only about two dozen people showed up. It was great!

Early to bed again. For the first (and probably only time), I didn't set an alarm. No doubt the kids would get us up with PLENTY of time for the 10:00 start time for the Zombie Half Marathon!

Email ThisBlogThis!Share to TwitterShare to FacebookShare to Pinterest
Labels: Alaska, half marathon, Zombie