I had to work in the morning, but got out on time. Stopped to get gas on the way home and had enough time for the last minute packing (i.e., phone charger & hair brush). We left just at one for the airport, hitting some decent traffic on the way in. Parked before 2. Security was probably the lightest I've ever seen. 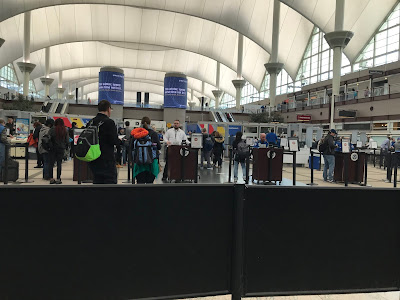 We had enough time to get some chips & salsa and drinks AND watch the entire episode of The Walking Dead that we had missed the night before and still had plenty of time to get to the gate. 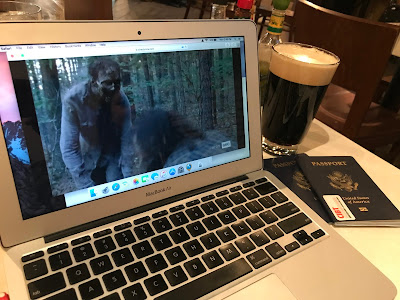 Although I don't remember picking seats, we were actually fairly close to the front of the plane (which, by the way, may be the smallest plane I've ever been on to go across the ocean - same size as domestic ones with only 3 & 3 seats across). I was lucky enough to have a middle seat. As is per the norm, I did not sleep at all. I did, however, watch "Crazy Rich Asians" and "Walk the Line" and tried to close my eyes while listening to music. We had pre-purchased food although when they dropped it off neither of us remembered ordering it. 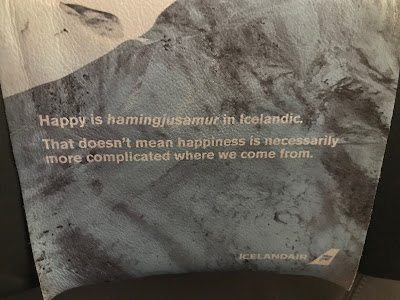 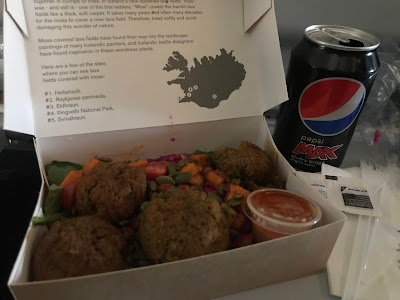 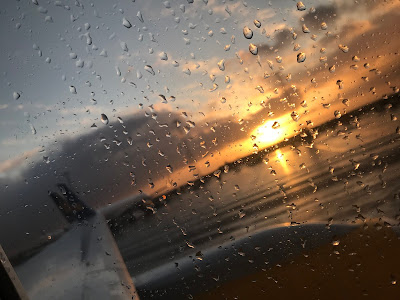 Sigh. We arrived a few minutes early in Reykjavik to wind and light rain. Also one of the easiest trips through an airport, with nothing to declare it took about 12 seconds to get through customs. We both enjoyed the internet for an hour while waiting for our next flight.

Like the previous flight, I don't remember picking our seats, but we were even closer to the front - row 12. This time A got the middle seat. I started watching "The Fugitive," and after they brought us our food (turkey pretzel sandwiches) I actually was able to doze off for about an hour. Yippee!! Arrived a few minutes early in Berlin.

We stopped to get dessert and coffee, then we figured out how the bus system to get to our hotel. (Well, it was honestly mostly A that figured it out). 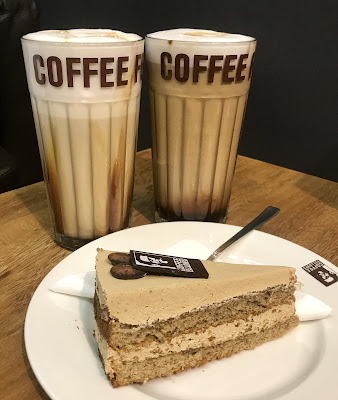 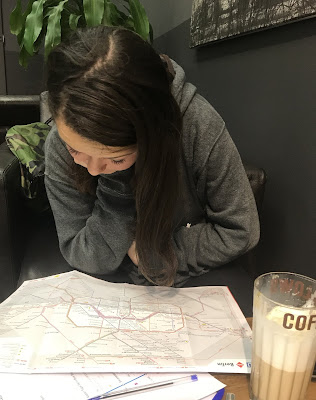 We arrived at our hotel and dropped off our stuff. We had found an art museum down the street that we walked to. It was called "Urban Nation" and was a pretty neat museum of street art. 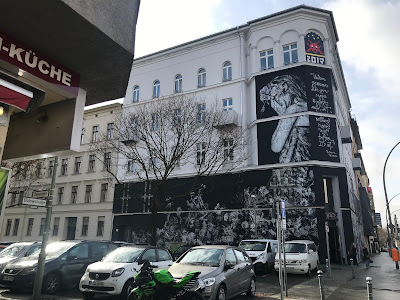 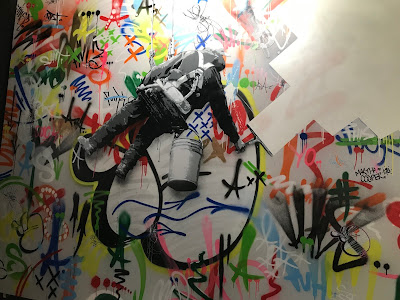 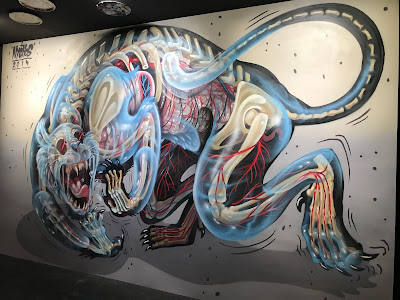 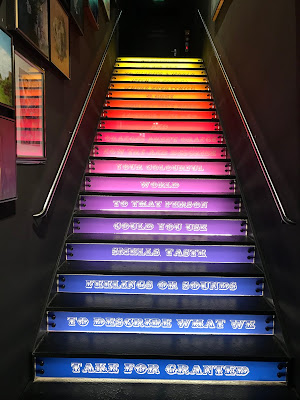 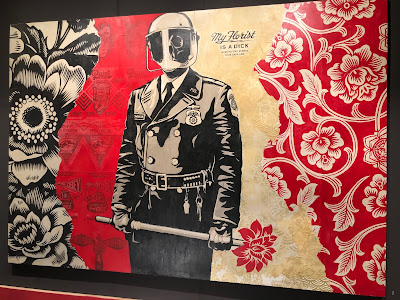 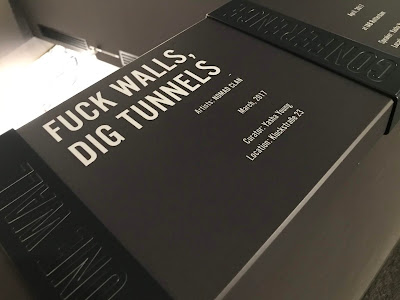 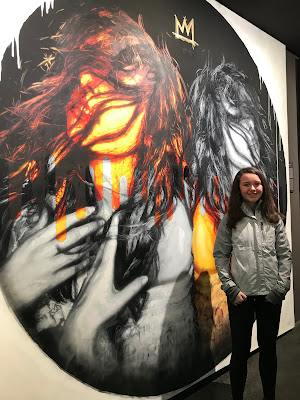 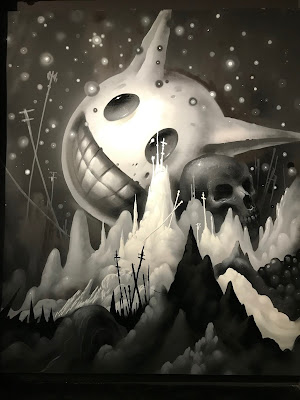 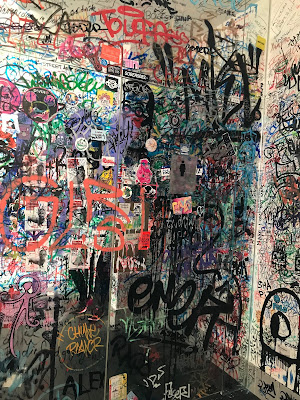 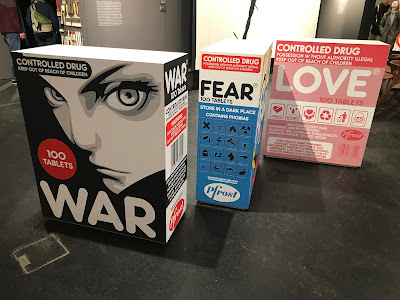 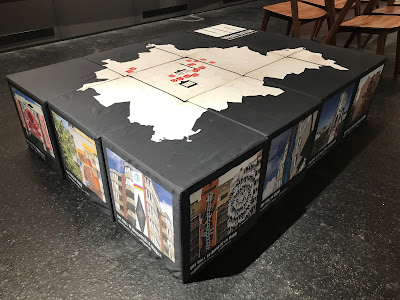 We wandered around the area before deciding to go to the German Spy Museum. We kind of had a hard time figuring out where to get off the bus, so we ended up walking further than we wanted to.

The museum was SUPER COOL. It was very interactive and we had a lot of fun learning and then getting to do some "hands on" activities. By far, my favorite part was when we got to go through the laser room (think "Entrapment"). I made it further than A did, but I did the easy level and she did a medium room. 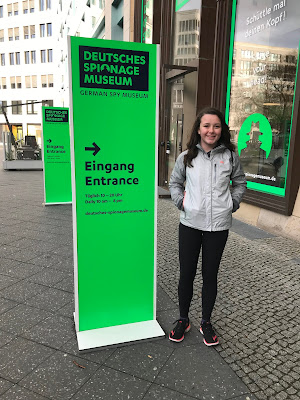 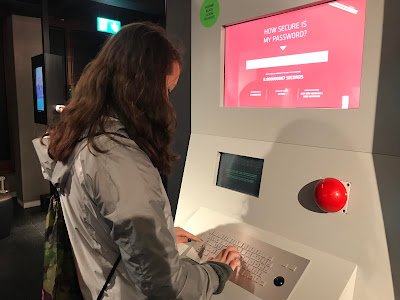 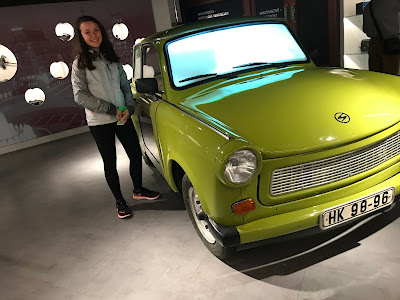 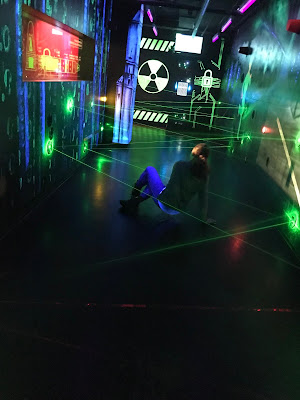 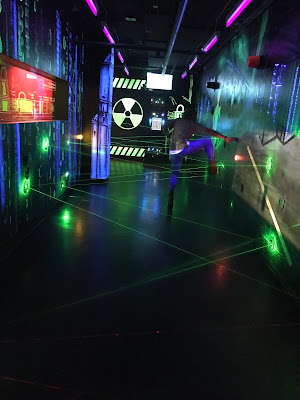 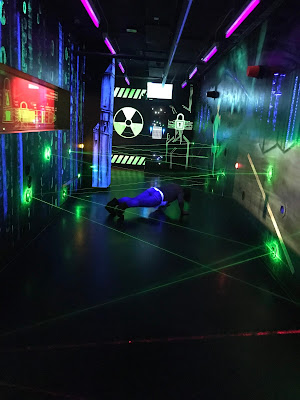 I actually have a video of the lasers, but can't seem to figure out how to save it and/or upload it. Just know that it was a LOT of fun! 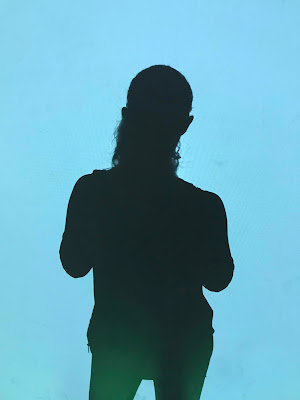 Stopped and got a GIANT burger before heading back to the hotel. So tired, we barely made it until 8 before it was bedtime. 10+ hours of sleep to make up for not getting any sleep at all for days. 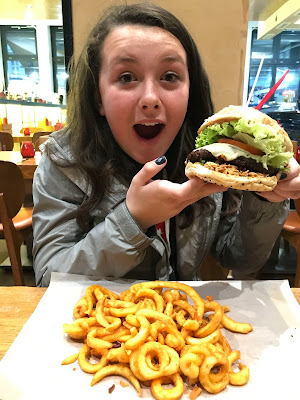