Tuesday (20,001 steps) - Strength class during lunch. Milk Market run club! I decided I really need to get my ass in gear for my big races this year - instead of starting with the group, started from my office and got 6 miles in. 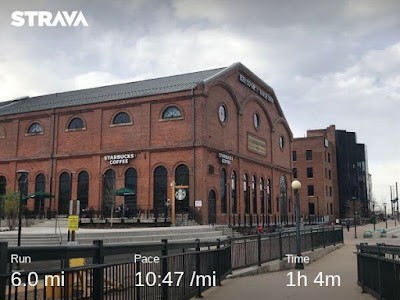 Once again, the food was fantastic. Going to enjoy this group! 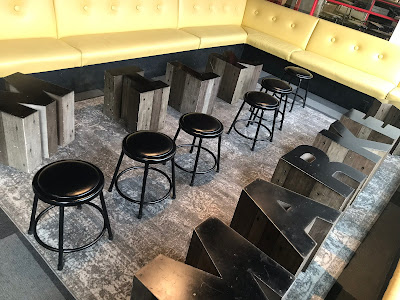 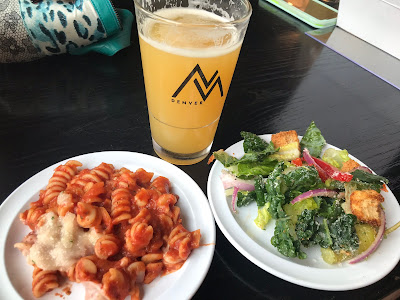 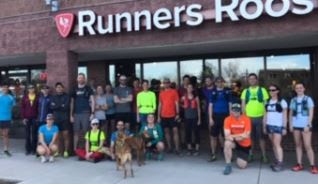 I was not surprised to be the last one up the hill, but man, it was nice to be out on the trails again - and they were actually in pretty good condition, considering how much moisture we've had. 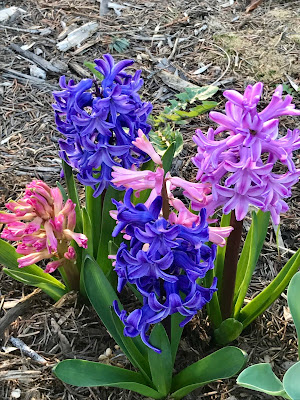 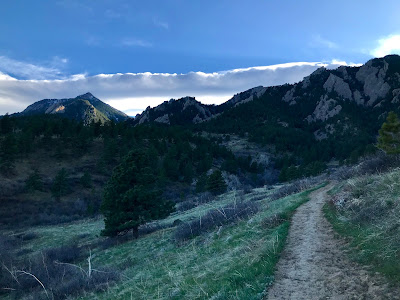 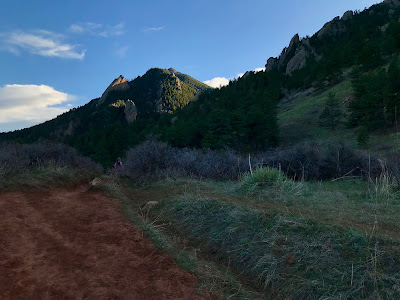 Thursday (15,872 steps) - Core class during lunch. Berkeley Park run club! A didn't want to run so I started early and ran a little over 4 miles. Woot! 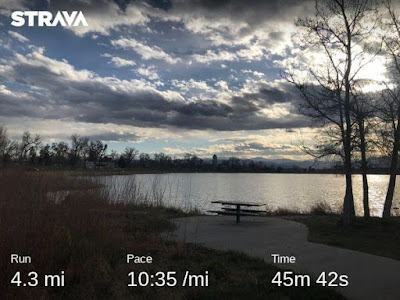 Trans Rockies was at the store giving away an entry, and I really can't believe I didn't win. Rigged! (haha)
Friday (17,453 steps) - Got to work and there was an email that the office was closing early - hurray!! Went for an hour long walk during lunch - so warm and sunny out. Is spring finally here??
Got my tires rotated on the way home, picked up A and then headed back into Denver to meet up with friends at Wynkoop Brewery. The service was pretty much the worst I have ever had. Grrrr. It was fun to see everyone though (Corky, Jen, Eliot, Bob, Jennifer, Jared, etc). 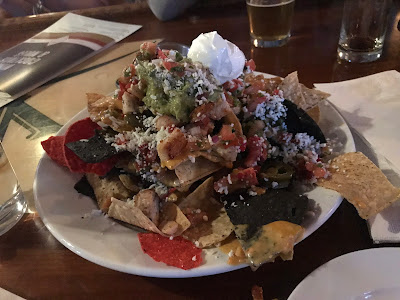 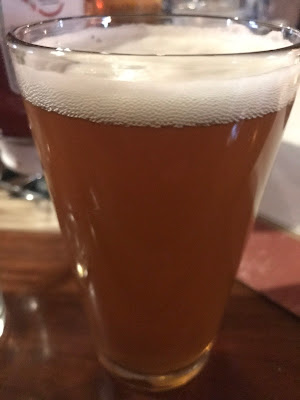 Got home a little later than we would have liked and then had to get our aid station ready.
Saturday (42,923 steps) - Drove to Northglenn to set up our aid station. 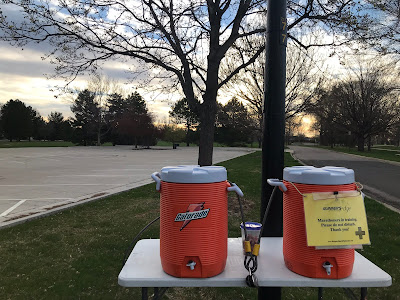 By the time we got to the start the sun came out and I feared we might all die of heat stroke. Micheal made a surprise appearance and I convinced Jen to join me for 20 miles. Blah!! I haven't run a 20 miler since last summer, and even though I've been getting my long runs in, my base miles have been VERY low. The route had a bunch of rollers, and I knew before even finishing the first 10 mile loop that I was going to be suffering on the second one. I made it through 15-16 miles before I really started to fall apart and ALLLLL the walking in the world. It was so hot, and I was so miserable. At one point I actually decided to lie down on a picnic table. Miserable. But, I got it done. 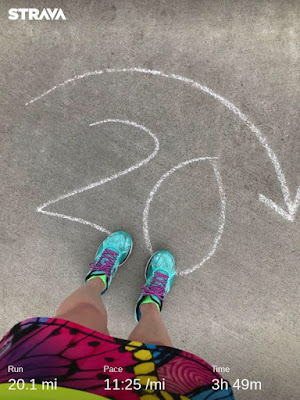 A and I went to Godfather's Pizza for lunch - yum! Wings and pizza. Met Ben at Torchy's for dinner.
Sunday (16,282 steps) - Up early for Wester! Super happy that Ben was able to come down for the weekend and we were able to get out there - even though he takes forever getting ready and we were a tad late. He had big goals of running the whole trail (12 miles) - and I had no intention of doing that many because I figured my legs would be toast after 20 (plus he is a lot faster than I am). 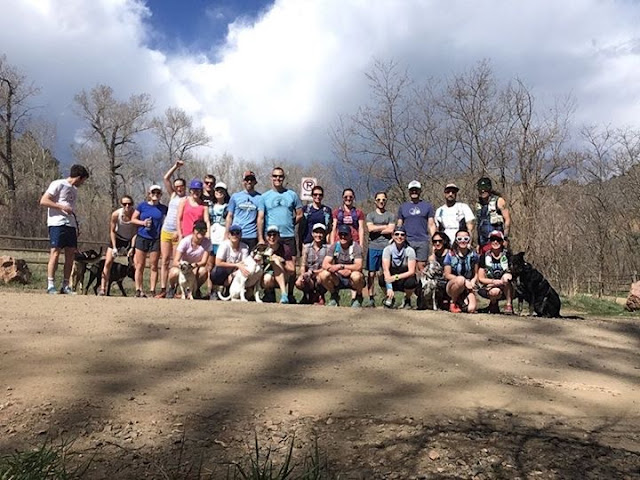 Ariel and I had a great time running with Pika, however, and the weather was SO much better - cool & even a little rainy. 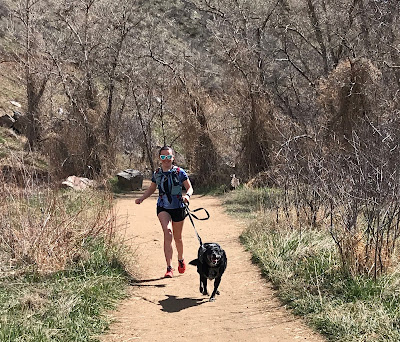 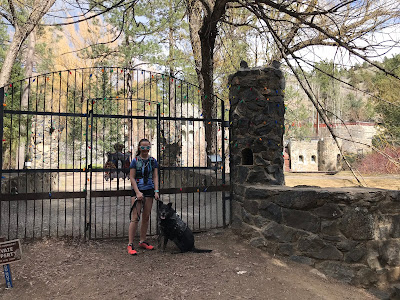 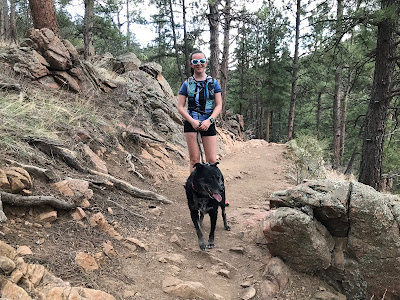 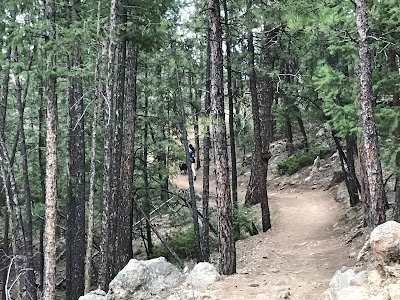 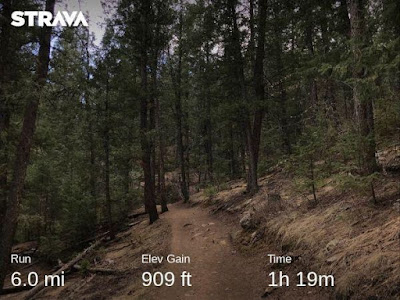 Right near the end of the trail, Ariel did fall - sliding on her stomach. She got some pretty nasty battle wounds. She's tough, though, and still finished the rest of the run. 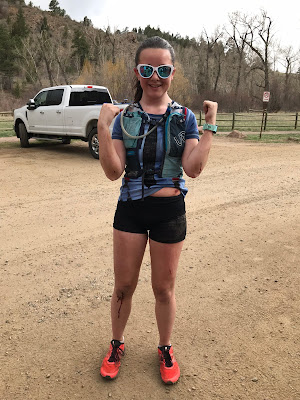 Once Ben got back we headed into Morrison and went to the Red Rocks Beer Garden - we each had a beer and after hanging out for a bit decided to head towards the house and get some wings at Buffalo Wild Wings. By now, totally exhausted. 2+ hour nap, and then Game of Thrones! This season is completely nuts.
Monday (18,112 steps) - Core class during lunch. Ben decided to stick around for another day and we planned on going to New Terrain for run club. Then I found out that they had cancelled the run due to poor conditions. Jeffco didn't officially close, so we planned on Ben heading out for more miles and then we would meet him there. Unfortunately trails were super muddy. A and I took Pika for a run/walk around the neighborhoods. 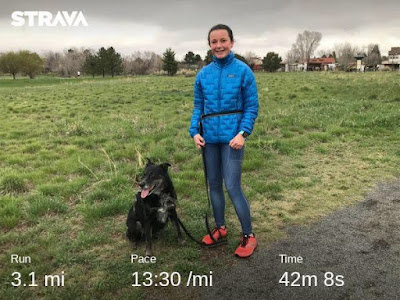 We met up at the brewery for a drink, then had pho for dinner.