Tuesday (20,021 steps) - Strength class during lunch. I have a shadow! Girl that was new the day before said she was going to follow me to all the stations since I look like I know what I'm doing. Flattering, and she's pretty nice. No one was planning on going to Factotum, so I decided I'd do an "easy" run at the lake. It was a pretty terrible run. 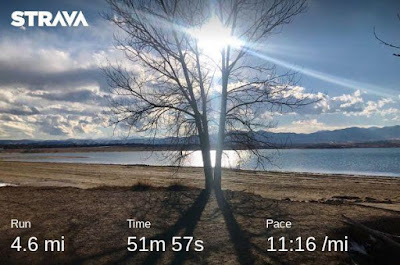 But! I got a fun surprise when I got back - Ben decided to make it "FB official" that we are dating. (We've been seeing each other since October, if anyone was wondering). 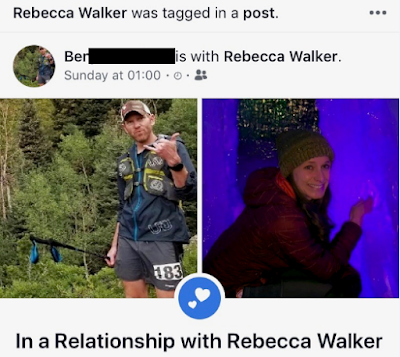 Wednesday (16,130 steps) - A had "math family dinner" and wasn't going to be able to go to run club. I had a really long/crappy day at work and ended up being there until after 5, so I headed down to Denver and ran with Mo & Colfax. No pictures, apparently. It was nice to see the people I used to run with before we started trail running in Boulder.
Thursday (13,127 steps) - Core class during lunch. Went to Belmar for the first time in ages. Had a pretty awful run with Dulce & Matilda. I don't know what's going on this week, but my legs are super fatigued. 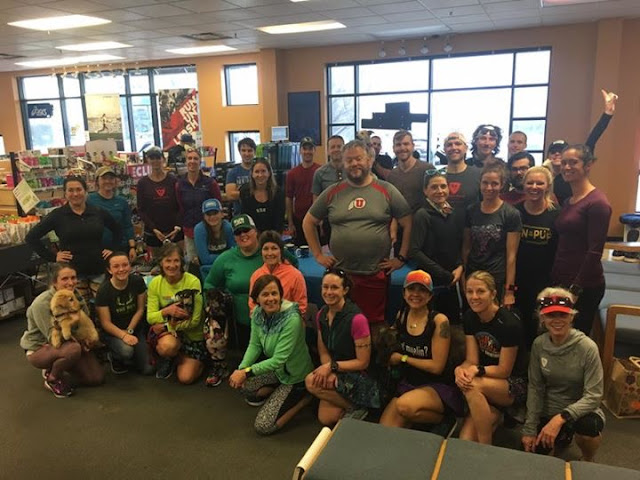 Finally picked up a new Garmin for A! She's had her Forerunner 15 for 3 years, but the battery is barely getting her through her long runs. She will need something that lasts longer for her summer plans. Went to Crazy Mountain after and got to catch up with Lisa & Annette.
Friday (9,012 steps) - Thankfully, a rest day. Work has been chaotic with my new desk assignments and Nicole being on vacation. Glad that soon *I* will be on vacation! A and I went to dinner at Sweet Tomatoes and we both got hair cuts! My hair is super short now.
Saturday (23,329 steps) - Runners Edge! I had a lot more miles on schedule, but since we are "tapering," we opted to just do the 7 mile loop. After all my runs feeling like garbage all week, it was nice for this "easy" run to actually feel easy. 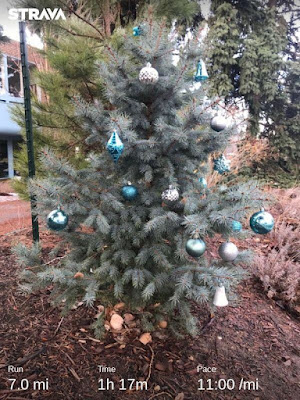 Went to breakfast with Pete, Janet, and a few others.
Then it was home for showering & finally packing. I swear this is the last organized I've ever been for a vacation. Watched a lot of TV until Ben showed up with Torchy's for a late dinner.
Sunday (17,119 steps) - I took A to her friend's house - they had plans to see a movie. Ben, Pika & I went for a run at the lake. Ben is much faster, so this was a little outside my comfort zone, but it ended up being fine. 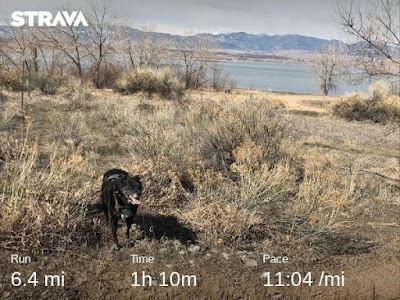 We went to 4 Noses for some drinks and delicious burgers. And then, I ended up napping (for three hours?!). TV, took my aid station stuff to Jeramiah's house (he is covering for me while I'm on vacation) - A was dropped off at 9.
Monday (10,396 steps) - Up early to go to the gym before work - core & strength class. Left work early to pick up A and head to the airport for our spring vacation!