Tuesday (5,724 steps) - Strength class during lunch. And as is evidenced by my lack of steps - we celebrated Fat Tuesday by having fajitas, chips & queso, and eating a King Cake. 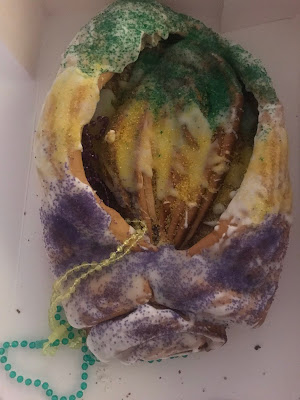 (Well, I ate MY half, Ariel DNF'd.) Went to bed early because I felt a little sick (weird, huh?)
Wednesday (17,302 steps) - Ariel texted me after school that her instrument "broke." 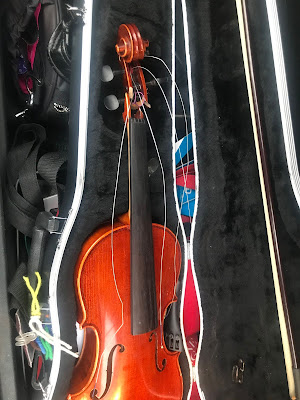 Thankfully, I had the sense to put insurance on the instrument and we were able to get it swapped out pretty painlessly. 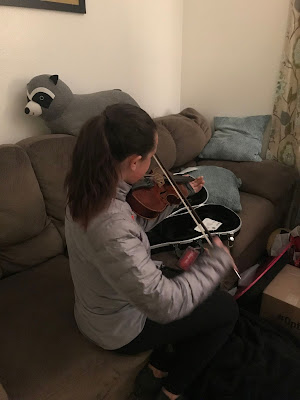 Runners Roost Boulder! According to Strava, it was only a little muddy. I think the run was fine. 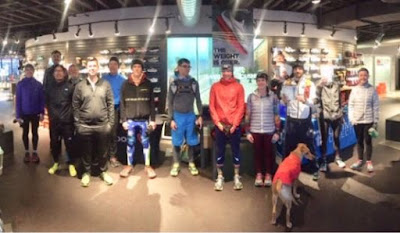 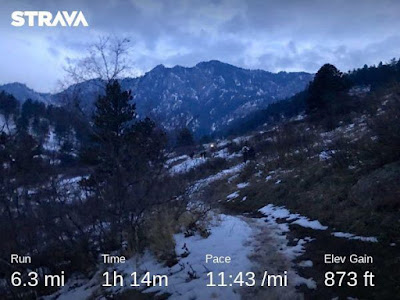 Thursday (8,015 steps) - Core class during lunch. A had a concert that lasted FOREVER. Kids really have improved a ton, however. 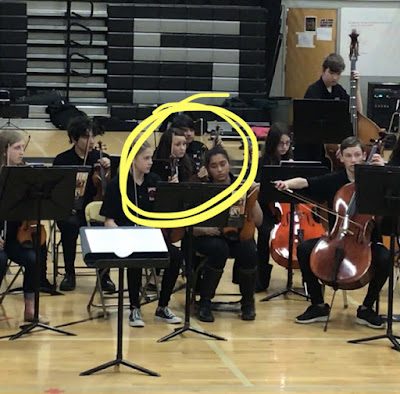 Friday (5,622 steps) - Nothing?
Saturday (20,690 steps) - Long run with Runners Edge. And by "long," this week was only 10 miles. We had plans to have breakfast with Pete & Janet and wanted to end up at Carnation. This week's run was the point to point "downhill" run starting in Golden. Where we planned on ending was actually 8 miles, so we had to run to 9 and then come back uphill the last mile.
Breakfast was amazing. A had a sleepover again to work on homework, so I drove up to Summit to see Ben. We had dinner at Cala, didn't do much else.
Sunday (7,544 steps) - Wanted to get back down the mountain early because they were planning avalanche mitigation. Unfortunately for us, they started a bit early and we ended up stopped on I-70 for about an hour. 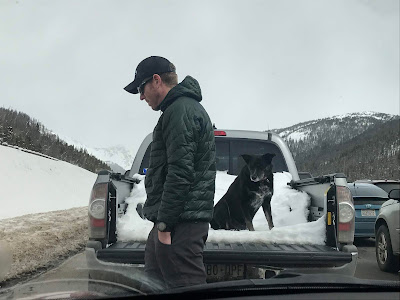 A was planning on staying longer than expected at her friend's house so we stopped at New Image, then ate dinner at Torchy's.
Took Pika for a walk to the lake. 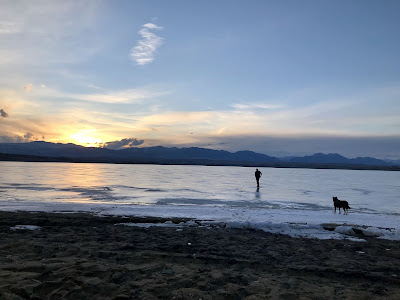