Saturday, May 27
Weather - The sunniest

I was unable to run Rock Hawk last year as the date was announced very late and A and I already had plans for Memorial Day weekend. This year, I was on the fence about running because the race (half marathon, 10K and 5K) were only a week after Palmer Lake. I managed to score a comp entry, and kids 12 and under get their registrations 50% off, so we signed up for the 10K.

Then... we had a TON of rain, so the race was postponed until Memorial Day weekend. We had no plans to go out of town, so we were fine with the race being rescheduled.

The informational email said that there would be plenty of parking, so I didn't figure we needed to arrive super early, although I did want to see the half marathoners start at 7:00. We arrived around 6:45 for our 7:30 start. Picking up our bibs was easy, took just a minute to get that and our neon yellow race shirts. 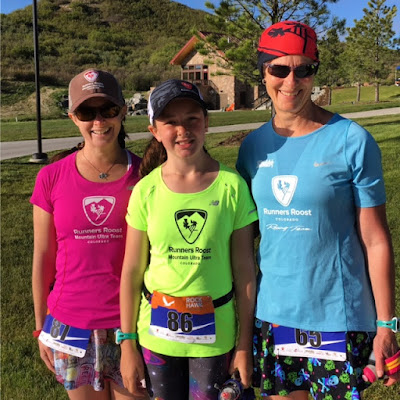 After we watched the half marathon start we cycled through the bathroom line and applied sunscreen. Listened to the pre-race instructions and then we were off! 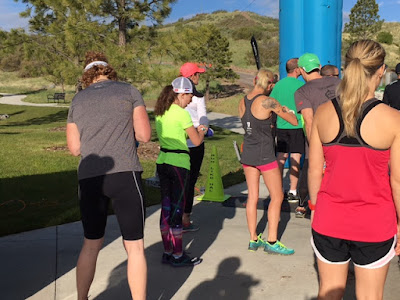 A had toed the line pretty close the front of the pack, while I started in the back with Maureen. We ran together for a few minutes before she pulled off for a walk break. I was running in front of Sheila and managed to run the entire first mile without taking a break - pretty amazing for me in a trail race!

I had never run on these trails and they were gorgeous! After a bit I could see A up ahead, taking frequent walk breaks. It was WARM out and she really struggles in the heat. I had times where I certainly had to walk, but never for very long. Although the course was certainly more hilly than I expected, most of it was runnable. 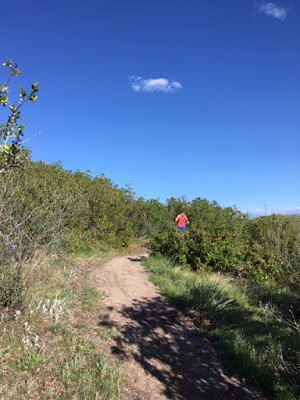 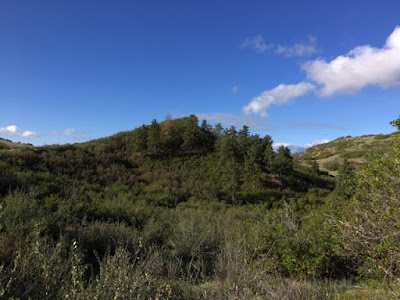 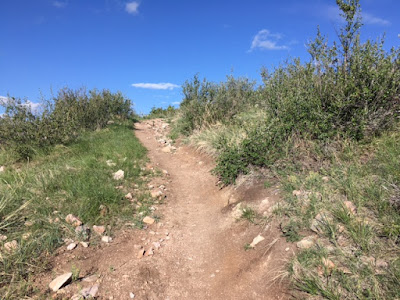 The first aid station was a few miles in and  Pete and Kristen were volunteering. I love seeing familiar faces on course! A decent climb coming out of the aid station, and then we ran around the top of the plateau and headed back down the other side of the hill we had just ran up. Our second aid station was the same as the first one - and I had finally caught up to A! 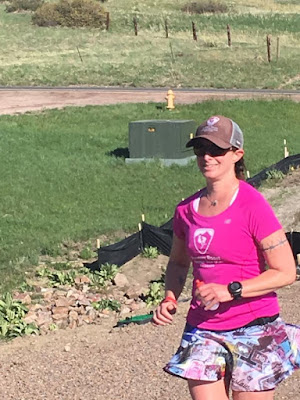 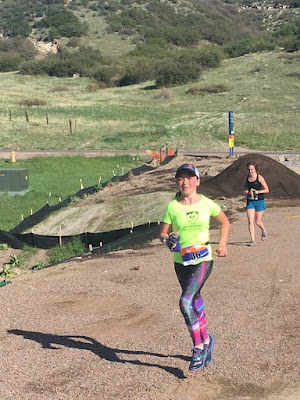 We ran together for about a mile. She took off with about a half mile to go - she desperately wanted to beat a teenage boy. I absolutely LOVED that we had a mostly downhill finish and I was able to come in strong. 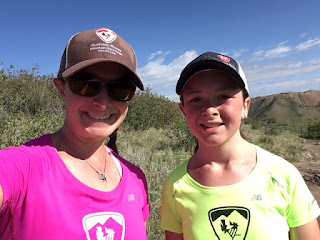 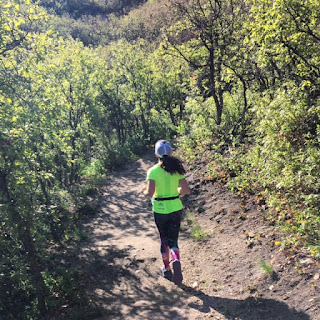 We stuck around for at least an hour after we were done to watch people finish. A and I both somehow came in first in our age groups (much more of a surprise for me than for her). The clouds began to roll in - thankfully it was after we were all done when it started pouring rain.
This is the newest addition to the Bear Chase trail series and I ABSOLUTELY LOVED IT. By far the smallest of all the events, but it is on a fun section of trails that I would normally never be on. I can't wait to go for the half marathon next year!

Edited to add the FREE race pictures that we got! (Courtesy of David Manthey and Twain Wilkins): 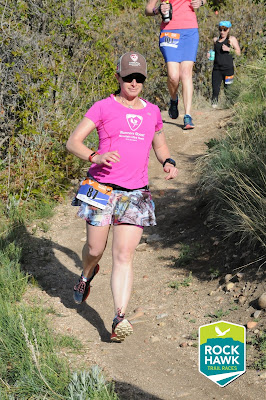 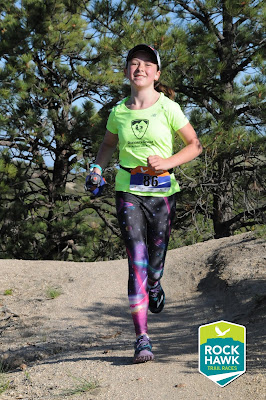 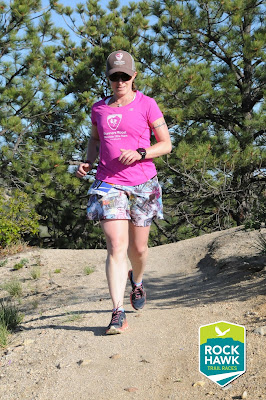 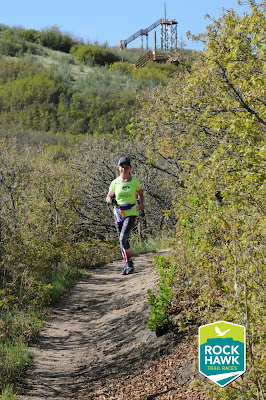 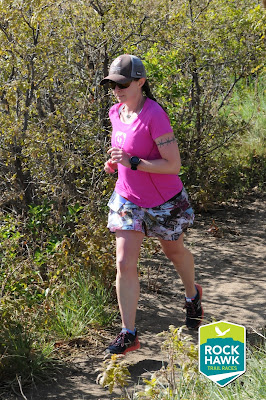 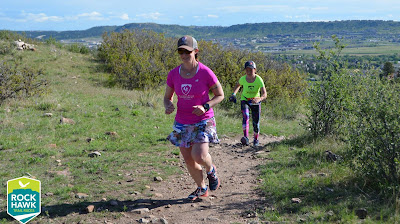 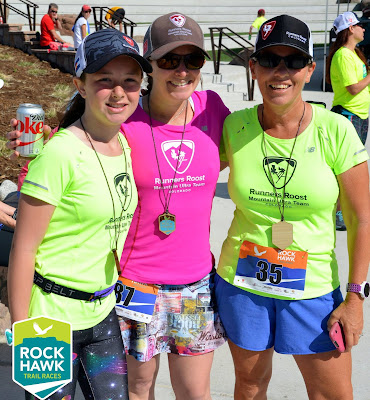