Tuesday (22,188 steps) - With A having a cold, I didn't want her to get up early and go to speed work. Normally with my new schedule I wouldn't try to go, but this one was pretty close so I decided to go by myself (for the first time).

This was one of the worst runs that I can remember in a very long time. I don't know why my legs just could NOT work. I have not felt this stiff and fatigued in a long time. I talked to Coach Joel and he had some sage words...  "sometimes all you can do is just get out of bed." Haha. Hopefully next time will go better, that was so bad.

After work A had gymnastics and I took Bee Rad for his claim inspection. As I feared, the inspector told me that the damages were nearing and possibly exceeding the value of my car. I have to wait another few days to find out if they will cut me a check to repair or if they will salvage. Ugh.
Wednesday (19,282 steps) - Denver run club - and HOLY COW WAS IT HOT. Mo and A decided to do a short run/walk and I stupidly set out by myself for 4ish miles. It took forever to get satellite, but I got my miles in. Almost 90 degrees - so crazy after it was snowing and freezing less than a week ago. 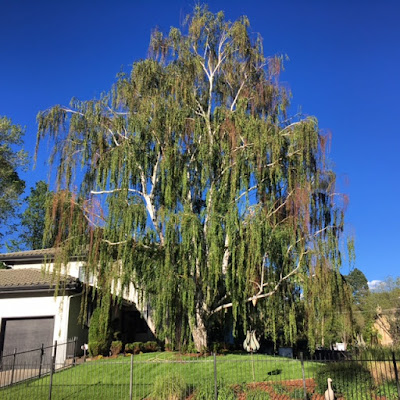 Got the call from State Farm - and the news was not good, but what I expected. The damages Bee Rad endured from the storm were thousands more than the value, so he was being totaled. I was given a few options regarding Bee Rad and was told that I didn't need to make a decision right away, so I didn't...
Thursday (14,912 steps) - A's last day of 5th grade! Where did the year go, it just FLEW by... 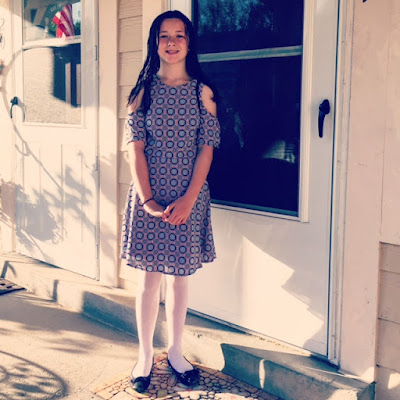 Jury duty! I received a summons a few weeks ago and my juror number was in the range of folks that had to appear. I ended up being in the second set of people called and somehow ended up on a jury! It wasn't as bad as I thought, got done shortly before 5 and was told to come back Friday morning. 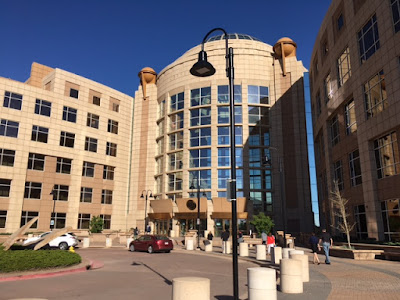 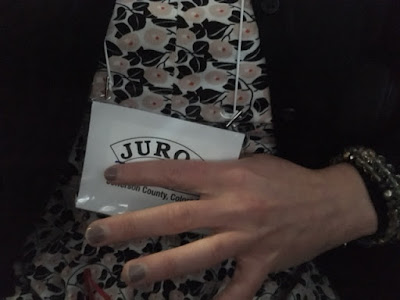 Belmar run club. Run/walk with Mo,Colfax, Dulce, Matilda and A. 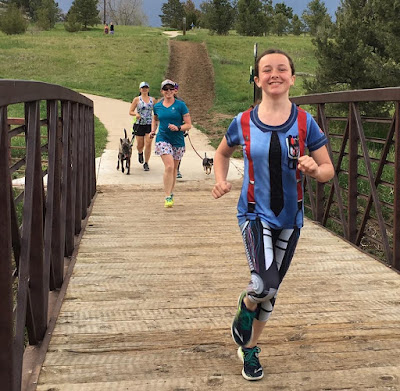 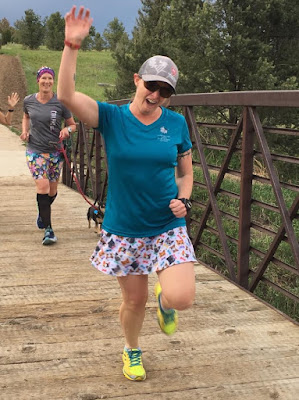 The most exciting part of the night was winning an entry to the Bolder Boulder! I hadn't run it since 2009, largely because of the steep price tag. Can totally handle free though!
Friday (10,986 steps) - Back to the courthouse for jury duty. The parties did some negotiating and we heard closing arguments by 11 am. I was elected foreperson and we came to unanimous verdicts on the two allegations in less than fifteen minutes. That meant that I had to go to work in the afternoon - it was really slow, I'm assuming because people were taking the day off for a long weekend. After work I headed down to Runners Roost to volunteer at Bolder Boulder packet pick up until 7:00.
Saturday (21,809 steps) - Rock Hawk 10k - recap to follow. 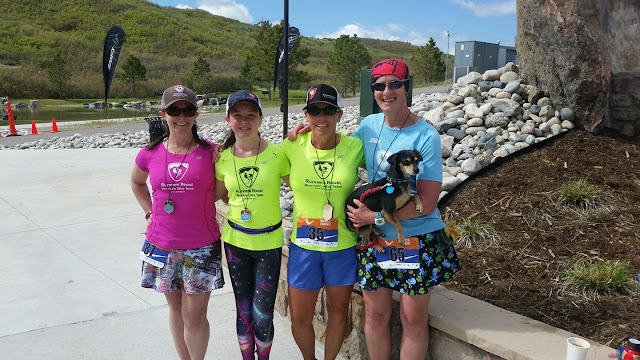 After the race we went the car dealership to look at our options. Didn't find anything we really loved so we went home. Had a few hours of rest and relaxation until 8:00 when we met Jessa for dinner and a beer at Grand Lake brewery. Hope late-ish.
Sunday (31,394 steps) - Drove to Lisa's house so we could go to Evergreen to hike Bergen Peak! I was hoping it would be an easy recovery day, but my quads were burning from Rock Hawk. A and I had forgotten our lunches in the refrigerator, so we were STARVING by the time we got down with our almost-ten-mile hike (that took just over 4 hours). 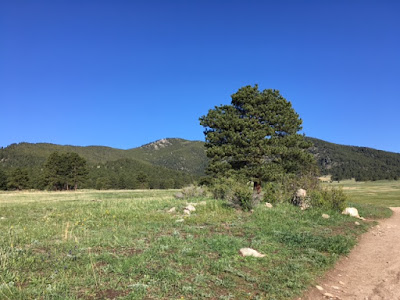 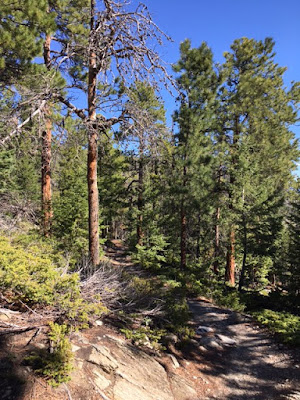 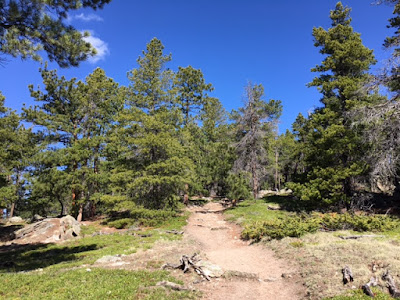 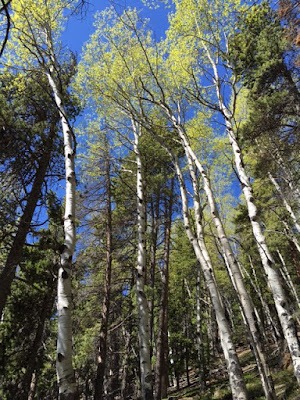 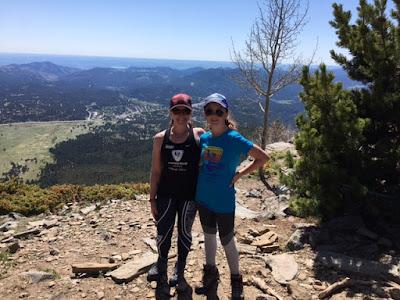 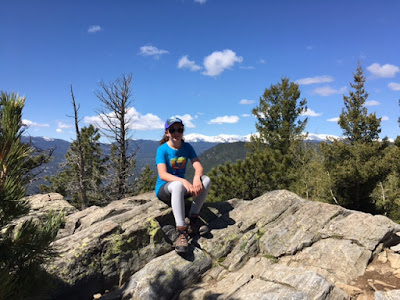 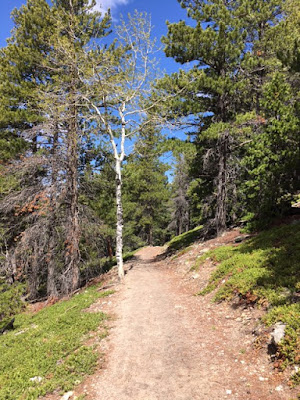 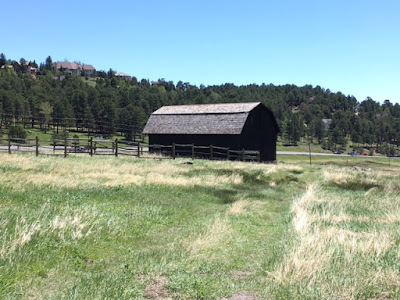 We went into town to Lariat Lodge for brunch. The service was terrible but the food/beer was good. 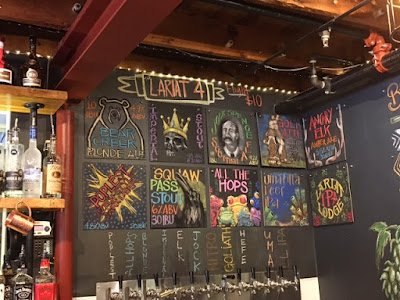 Quick trip to the store, and then napped on and off for the remainder of the afternoon.
Monday (24,898 steps) - Bolder Boulder - recap to follow. 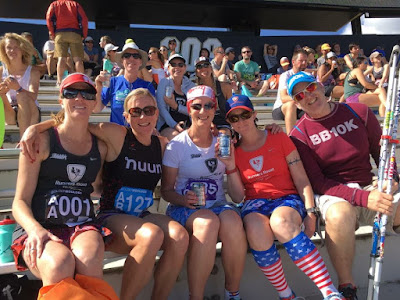 I was home by 11, which gave me enough time to shower before driving down to Highlands Ranch to meet Jackie for lunch at 12:30. It had been months since we last got together so we were at the restaurant for quite a while again, didn't head out for about 4 hours. More car shopping, didn't get home until after 10 pm!