I picked A up at school, we stopped to get gas and headed out to Grand Junction. Other than a stop to use the bathroom we drove straight through. No major issues - other than the surprise of more construction in Glenwood canyon.

We decided to stop and have dinner before checking into our AirBnB. We picked a brewery, Rockslide, in downtown Grand Junction. I had a tasty stout beer and a big bowl of jalapeno mac and cheese. 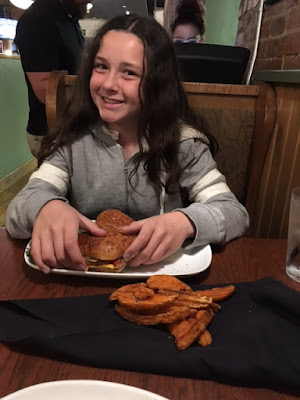 We finally got to the place we were staring around 8:30. It was a super cute private room, bathroom and entrance.

Tried to go to bed early. It it was hot in the room (and no independent thermostat) even with the windows open.

Mapquest estimated it would take 45 minutes to get to the start (which seemed awfully long to me) shut we still got up crazy early since the race was supposed to start at 7:30. We made an emergency stop on the way at City Market to buy electrical tape to attempt reattaching part of the framing around the windshield.

We arrived at Rabbit Valley with just about an hour until the start. The lower lot was already full so we had to park closer to the highway than last year. Our friend Kate was volunteering and it was nice to see a friendly face.

It was about a 5 minute walk to the start area. I got all my gear ready to go, not planning on coming back to the car before we started. We arrived a few minutes before the bike race started. Once they headed out I picked up my bib and cycled through the bathroom line. Imagine my surprise to see our friend Ross at the start (he's about 80 years old and still running half marathons, sometimes two in a weekend!)

I briefly spoke with Kyla, one of the race directors, and she said A could be her "personal assistant" for the day while I was running. 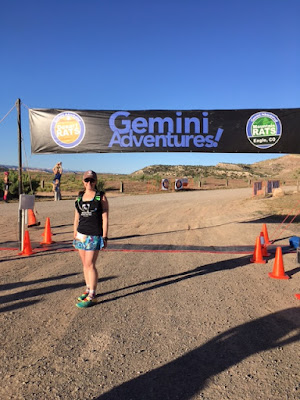 Due to extremely tough keep road conditions the race start was delayed about 15 minutes so the volunteers could get to the aid station. This was unfortunate since it was supposed to be hot and windy.

We started around 7:45 and I estimated/hoped to finish in about 3 hours. Even though I had run the race in 2016, a course-marking error left the race extremely short. I started near the back and had the unfortunate "fire calves" early on. Of course I hadn't looked at the course map so I just ran when I felt like it and walked to try to loosen everything up.

It was a gorgeous day on the trails. The first aid station was somewhere around 2.5 miles in. Kate and Kyla were at the aid station but since it was on a downhill section I chose not to stop. There was a lot more. Limping than I remembered on the way out and I got stuck in a pace with two women. I would pass and then they would pass - went on like this until we got to the second aid station, mile 5.5 on the Kokopelli trail. I didn't stop at this aid station either because I wanted to get around the women AND another downhill section was coming up. 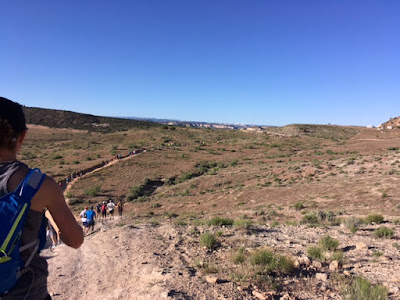 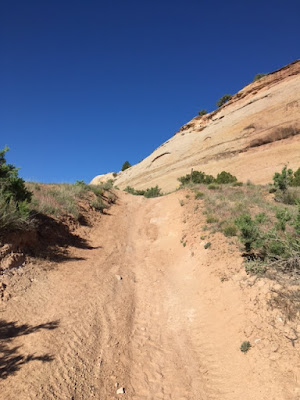 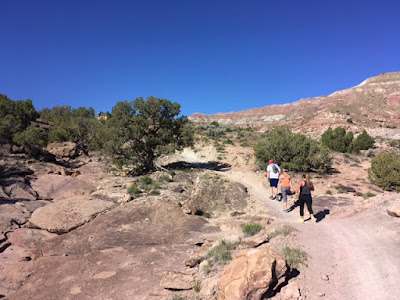 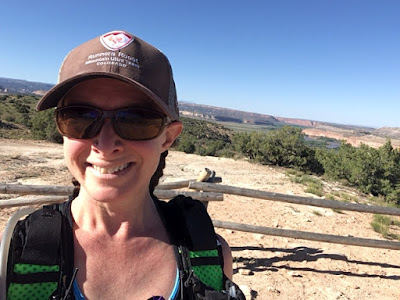 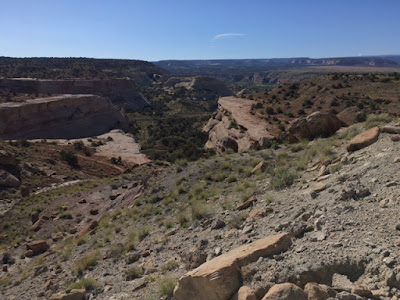 The turnaround put me at exactly 6.5 miles, so the course would still be a tad short for a half marathon. The way back involved a LOT more power hiking. I stopped at the aid station to refill my pack - it was getting super hot and the wind was picking up. I saw Ross and he was nowhere near last place, which was impressive. 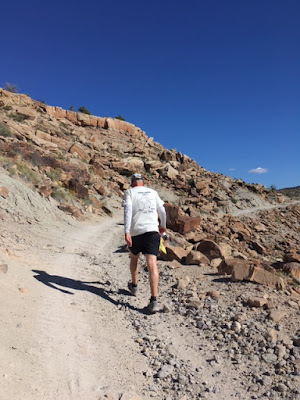 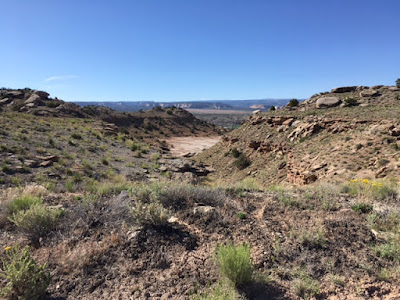 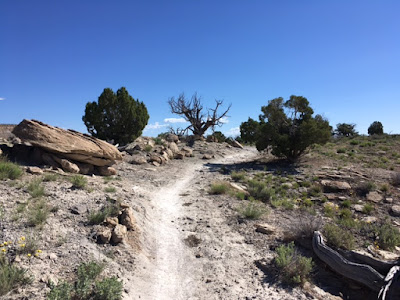 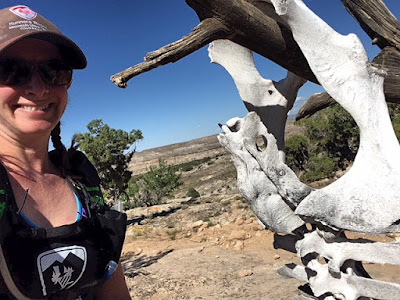 I managed to pass some people on my way back and stopped at the last aid station to have a cup of coke. By now the wind was pretty bad and with all the dirt and sand it was pretty annoying to be out in it. 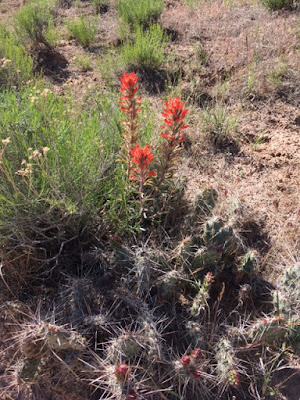 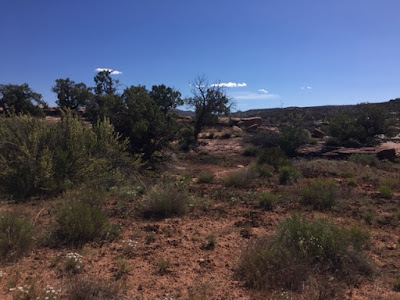 I was so tired st this point that I struggled to even run into the finish. I was pleased to see that I managed to come in just over 3 hours. Turns out, the course was not the same as last year and the race director even said it was "harder." That made me feel a lot better.

We stuck around for about a half hour at the finish to play some trivia to get swag (which I sucked st). I had the delicious grilled cheese sandwiches and some watermelon.

Walked back to the car and started the drive back. Stopping in Fruita at Kannah Creek brewery for a celebratory beer. 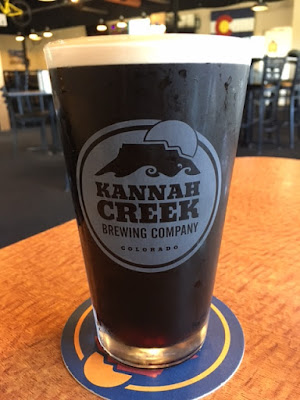 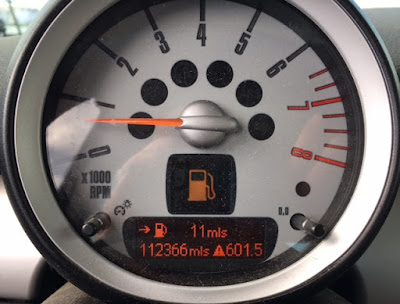