I started watching the forecast about a week out and knew that it was going to be an insanely miserable day at the East-West trail race. Due to construction, there was a course change and we would be starting at a different location. Very little of the course would actually be the same, but it was nice that there would be more single track.

The half marathon (which I was running) started at 7:30. A and Mo would start at 8:00 for the 10K. We got up around 5:40 and headed out around 6:00. Siri sent me a totally bizarre way to this race. I've always taken C-470, and for whatever reason, she had me driving all over the place. We arrive around 6:45. Packet pick up was easy like usual and then I cycled through the bathroom line. We went back to the car to drop stuff off and apply sunscreen, heading over around 7:15. I thought that would be enough time to go through the bathroom line again, but it wasn't. 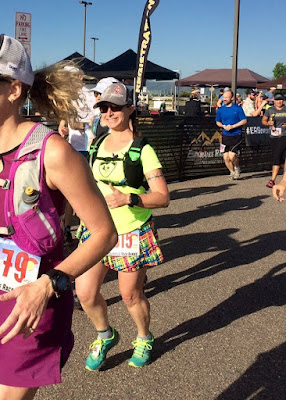 I lined up towards the back, knowing that with the course being all uphill the first mile or so, that I would be in the back. I took quite a few walk breaks, having no desire to overexert my self in the first fifteen minutes. About 1.3 miles in we jumped onto the single track trail that we usually run for Chase the Moon. 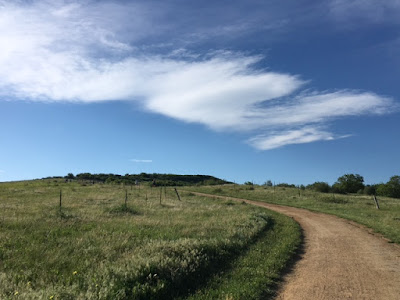 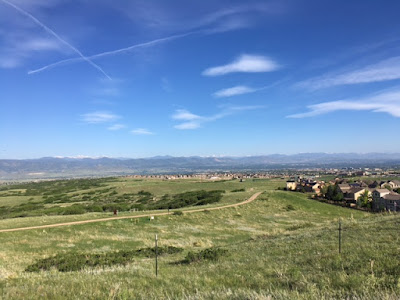 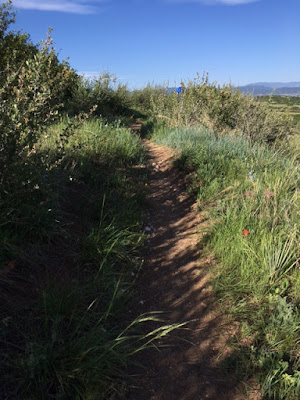 It was already getting crazy hot, but I tried to enjoy the views the best I could - to take my mind of dying of heat stroke. I was really enjoying the trail itself but my legs felt like lead. It took until I got to the first aid station (which wasn't until 3.5 miles in), when I started to feel a bit better. I could see Kristen ahead of me and desperately wanted to see if I could catch her. I somehow managed to pass her just before mile 5 - and as I told her, that shouldn't happen as she is a much faster/stronger runner than I am. She did say that she was just not feeling it with the heat. 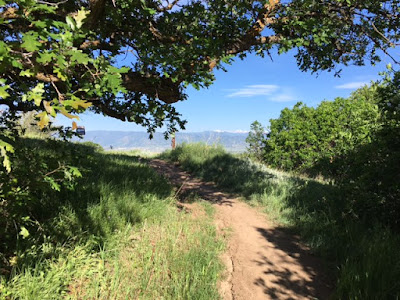 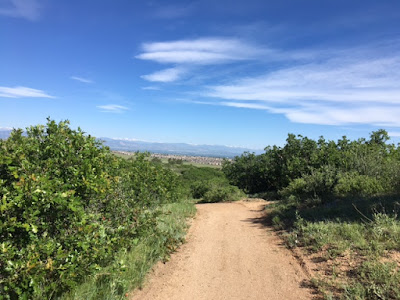 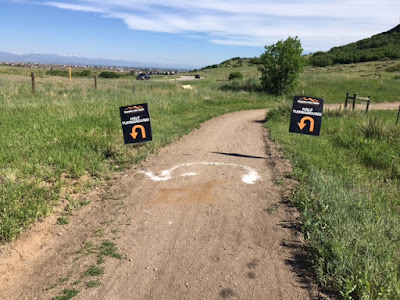 I did manage to pass people in the second half of the course, simply by running when I probably normally would not have. Around mile 11, we turned onto a different section of single track. I had been chasing a woman that I had been in the bathroom line with. She was run/walking ahead of me and just as I almost caught her, she kept going straight on the road and didn't turn onto the single track. I tried yelling at her that she needed to turn off, but she had headphones in and couldn't hear me (or ignored me). So then I spent the next mile concentrating on running as much as I could because I didn't want to be beaten by a course-cutter. 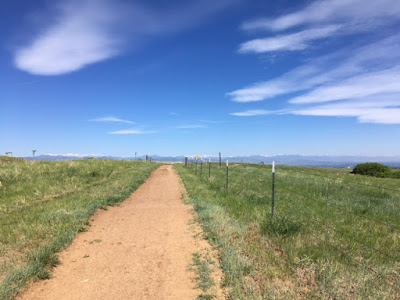 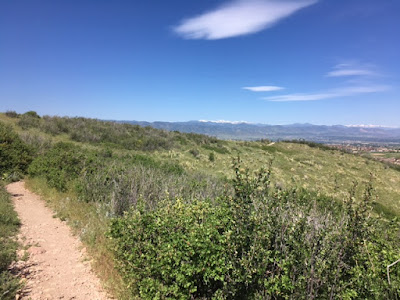 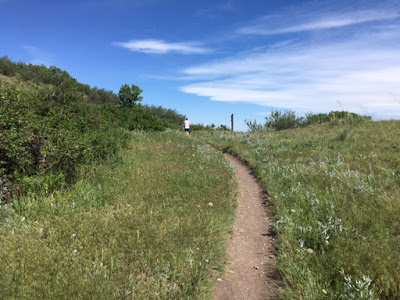 The last mile THANKFULLY was all downhill and I bombed it. I could see the woman in front of me and I manged to catch her maybe a third of a mile before the finish. I was so annoyed I said "you shouldn't run with headphones, you cut the course!" She claimed to have run that section earlier. NO YOU DIDN'T, YOU LIAR. Ugh, at least own it if you were so focused on walking that you missed the turn. But at least she didn't beat me.

I ran into the finish and seriously felt like I was going to pass out immediately after crossing the line. I grabbed a beer, took off my pack and shoes, and went to sit in the shade. Finally, after about 20 minutes I felt better. We spent a long time hanging out at the finish - it's so nice to not have to leave right after races anymore!
A's Time - 1:16:56
Overall Place - 93/135
Gender Place - 52/89
Division Place - 2/2 (The winner was 18)

There were FREE race pics again - a few good ones of A. (Somehow, out of the 904 pictures posted, there are ZERO of me... bummer!) 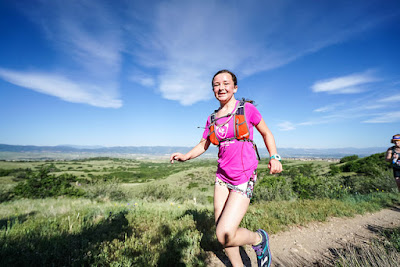 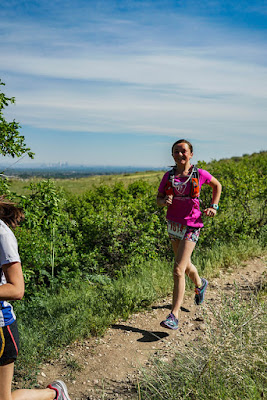