Tuesday (13,772 steps) - Barre.
Wednesday (17,476 steps) - Got out of work about 15 minutes later than planned and promptly ended up in the worst traffic ever, thanks to the Metallica concert and an afternoon Rockies game. A and I were about a half hour late to run club. We went out for a super short (and slow) run - it WAS National Running Day after all! 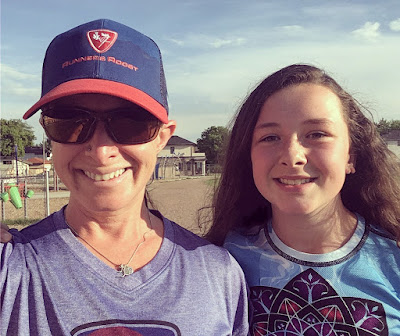 I was really looking forward to another Trail Sisters event and elite female panel. The event went a lot longer than it was supposed to (although it usually does) and I won another grand prize!! I will be collecting another pair of New Balance trail shoes! So exciting. It was after 10 before we got home. 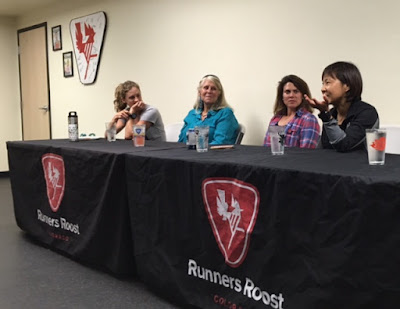 Thursday (18,815 steps) - Barre. I struggled more than I did on Tuesday. Seems like recovery from the Dirty 30 will take a while. I could barely get through this one and had to take way more breaks than I usually do. Belmar run club! Did another run/walk with Mo (about a mile of walking, 1.5 miles of running). Went out with the group to Rocko's for food after.
Friday (14,447 steps) - Nothing, other than having dinner on the patio! 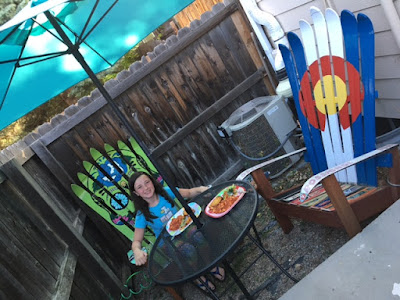 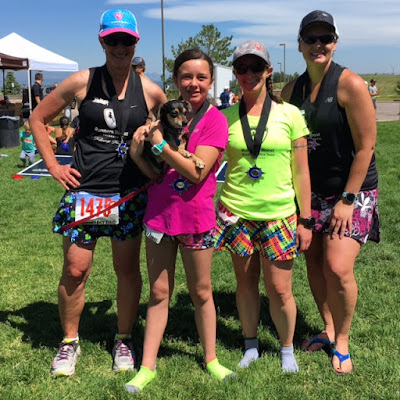 After showering we vegged for a bit before going to out to dinner and then on to the NKOTB concert! Since I work downtown, we opted to save $25 and walk the mile from my lot to the Pepsi Center, using the money to buy a shirt from a scalper for A. Boyz II Men opened and they were really good (and did some random Lenny Kravitz cover songs), Paula Abdul was a no-show and the Kids were fantastic. We had an absolute blast! 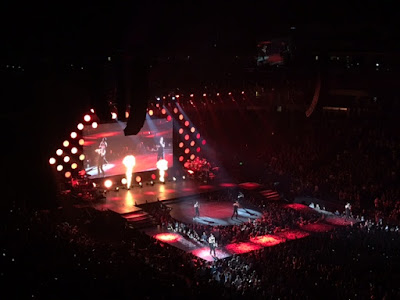 We didn't get out until after 10:30, and with our 20 minute walk to the car it was almost midnight before we got home. Worth it!
Sunday (15,898) - 5 am came very early!! We met up with Maureen in Lakewood and then drove up the canyon to volunteer at the Roost aid station for Revel. We were stationed at mile 19 of the marathon and got to see lots of people we knew. 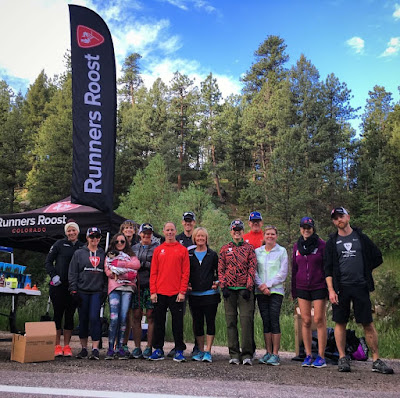 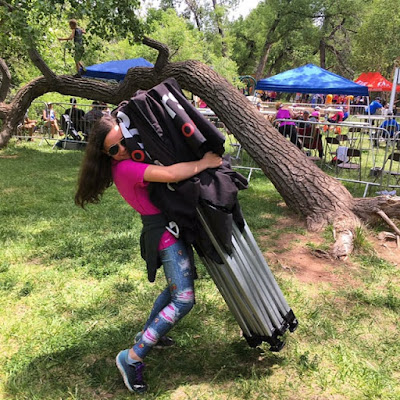 This race had the most organized aid station pick up I've ever seen. The marathon has a very tight 5:40 cutoff and to keep on pace they said that we would be done at 10:15. Not kidding, moving vans were throwing the tables in the trucks at 10:15 on the dot. We drove down to the finish line, getting some pizza and pie. There was no beer left (sad face), so a few of us went to the Holliday Inn in Morrison for a beer.

Around 2:15 A and I headed up to Boulder for our second volunteering gig of the day - Ironman Boulder. We have volunteered at this event every year and it's actually one of my favorites. We found street parking pretty close and then went to the info tent to say hi to Jeannene before going to our aid station. Apparently since we were last at the run aid station 5, it had moved down the path and we had to move quickly to get there by 4:00. It was a very well run aid station - A handed out cups of ice and I handed out water. 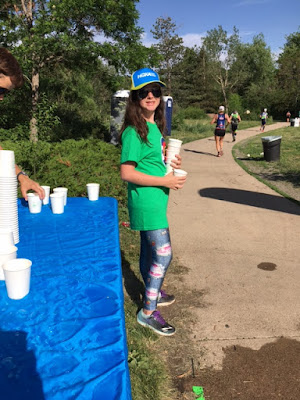 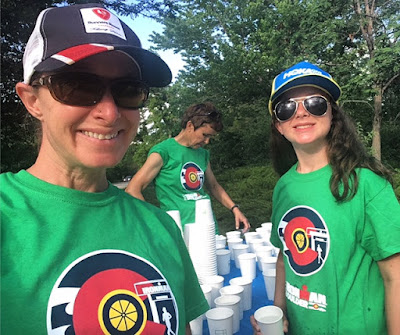 We were at our post until 8, at which point we headed back to the info tent to say goodbye to Jeannene. On our way home we stopped at the Cheesecake Factory. We had gotten enough free food at the race that I didn't have to make dinner. In bed pretty early as we were exhausted from the weekend.
Monday (13,709) - A had ENOR camp again, which was messing with my schedule. Drop off was 7:30 and they would not check her in a minute before that. I picked her up as late as possible after I got off work and then we had to go to State Farm so I could turn over the title for salvage. Sad that it was going to be our last day with Bee Rad! 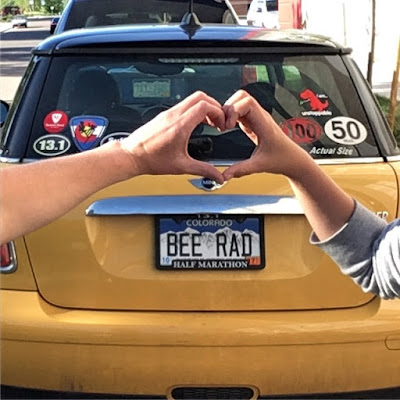 A and I had tickets for a free movie at Alamo Drafthouse, so we went to see Pirates of the Caribbean: Dead Men Tell No Tales - and it was fantastic! Such a good movie! Went home, took Bee Rad's plates off (sad face).