The run started at 5:15, so we were up by 4 to make sure we had all our stuff and to drive there, allowing enough time to use the bathroom. We knew a few people that were going to be there, but ultimately ended up running with Jennifer and Michelle. 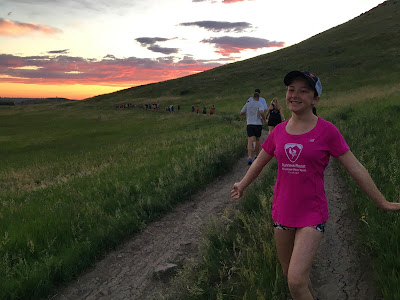 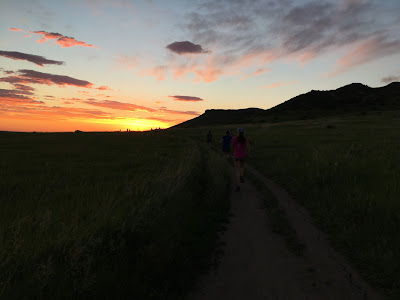 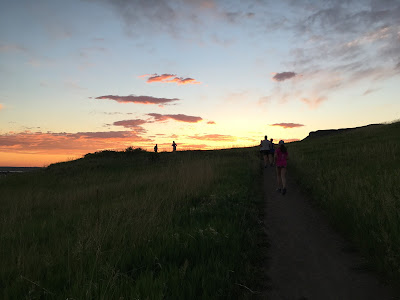 We opted to NOT join the group (who was doing 6 miles) because I wanted to run shorter, 3-4 miles, and was confident in my route. Only, turns out, my route ended up being about 6.2 miles. This ended up being a bit stressful since we were supposed to be at Mo's house by 7 am. 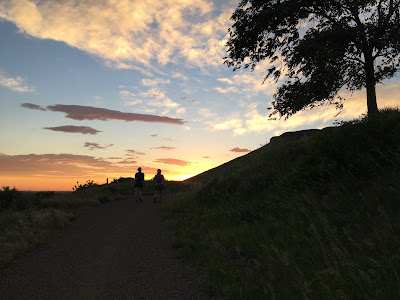 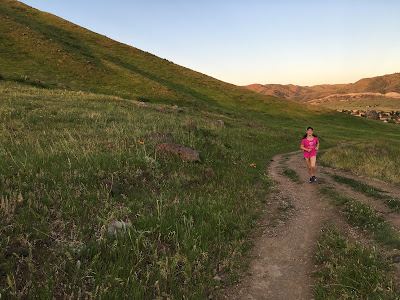 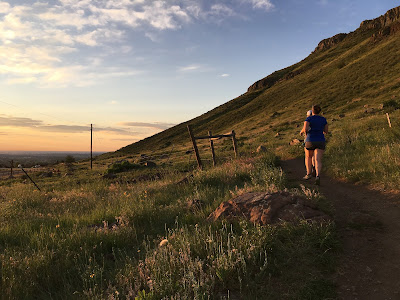 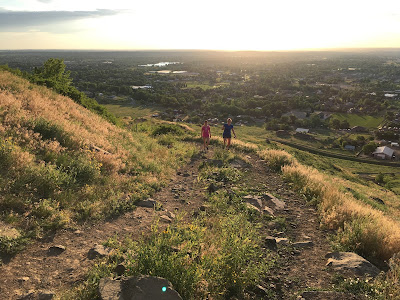 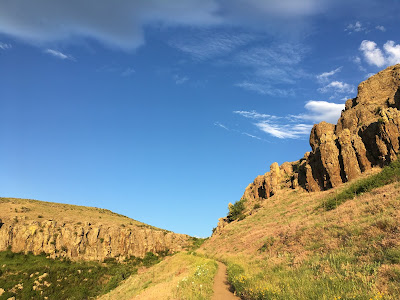 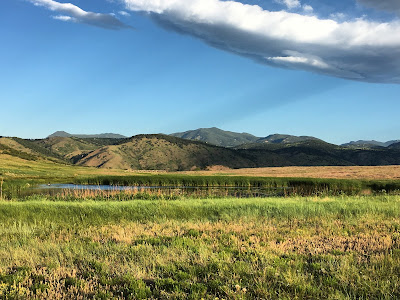 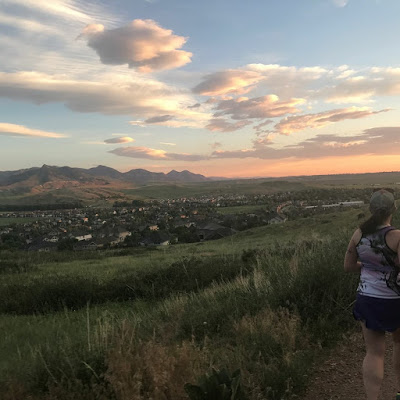 We left North Table at about 6:50, getting to Mo's at 7:10. That gave us just enough time for me to change clothes and to load up Mo's SUV. We left Lucy in the garage and drove to Ang's house to drop off Colfax, then we were off to the Park n' Ride to catch the train to the airport. We missed the first train by a few minutes, which wasn't a huge deal because they run every 15 minutes. We had a fairly tight connection at Union Station, and ended up missing THAT train because we were on the wrong side of the tracks. Wah. That gave us time to use the bathroom though.

Train to DIA took about a half hour and was otherwise uneventful. We were dropped off just outside the hotel and it was only a minute walk to get to security. The line was not that long and we got through in probably 15 minutes. We were at our gate probably 90 minutes before departure. Before we boarded we picked up Quizno's.

We managed to all get seated in the same row for the 3.5 hour flight to JFK. We were flying Delta, so we had a lot of free TV/movie options. I watched "La La Land," which I didn't really like that much - the ending bothered me!

The plane landed on time, and we had hours until our departure to Reykjavik, but since we didn't have seat assignments we wanted to get to the gate as soon as possible, in hopes of getting seats together again.

We were hoping our biggest issue would be the gate attendant stringing us along with WHEN we could get our seat assignments. Got burgers and beers at the Shake Shack next to the gate, and when we finally got our seats, we were all together again (although, turns out, it would be in the second to last row of the plane). 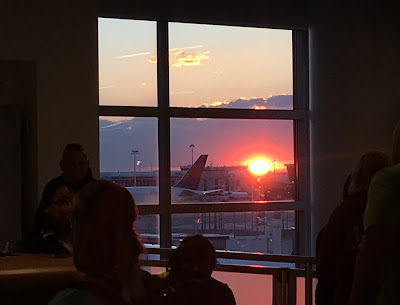 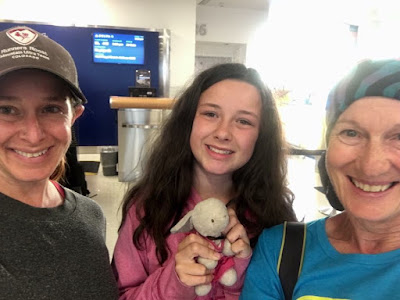