We were out the door by 7:15, as we had a long drive to Vik ahead of us. We were greeted with some blue skies for a nice change. 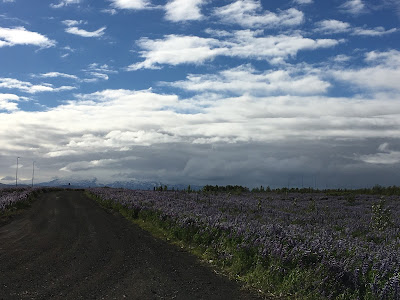 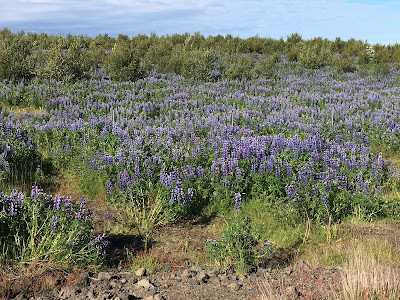 When we had gotten directions to Vik, we were told that there were some pretty cool waterfalls on the drive down. We stopped at ALL of them. First up was Seljalandsfoss. The cool part about this one was that there was a very short hike that walked BEHIND the waterfall. We all got pretty wet walking under this one, but it was worth it. 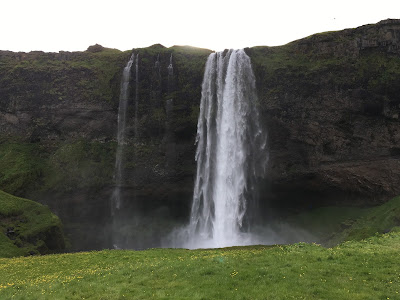 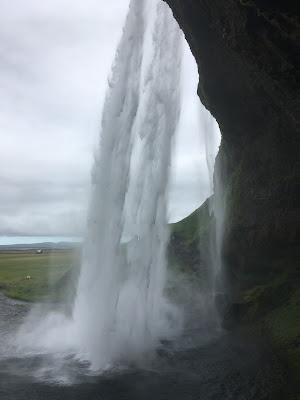 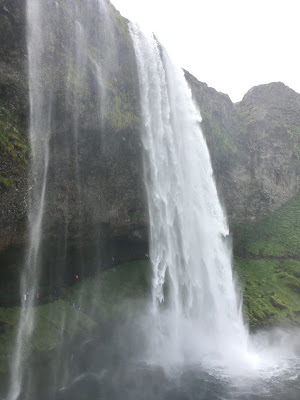 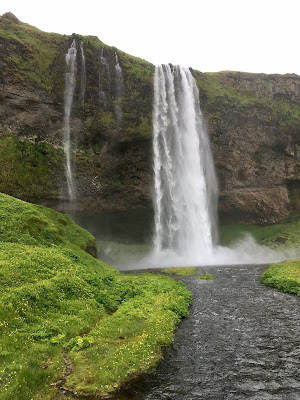 There was another short walk to get to the next "famous" waterfall - Gljufrabui. This one was a waterfall in a crevice of rock, off a small beach. I was smart enough to think, hey, I should walk in the river on these rocks where other people seem to be going. Looked pretty nifty from the inside too. 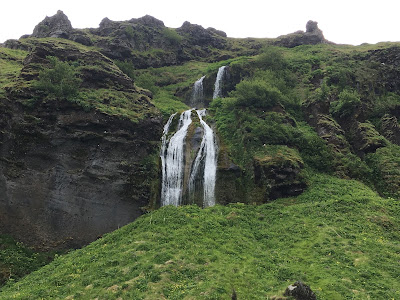 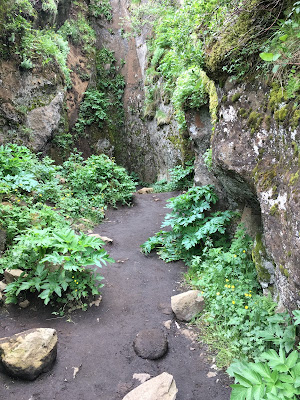 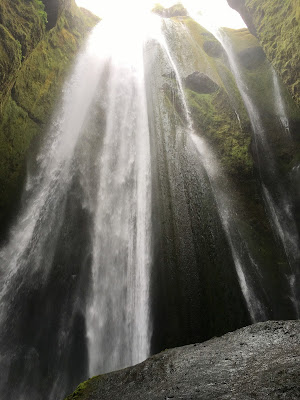 We were cold and there was a pastry/coffee shop at the bottom. I had a delicious and decadent chocolate brownie and a coffee, while A had a big chocolate/vanilla muffin and a hot chocolate. Have I mentioned how great desserts are lately? 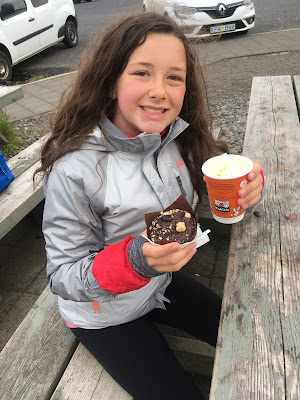 Not much further down the road was yet another waterfall, Skogafoss. 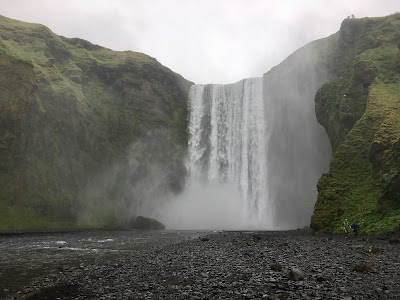 This one was pretty magnificent from the bottom and also had about 500 steps to get to a viewing point. We assumed that was all that was up there. Turns out there was also a pretty awesome hiking path. We walked along for about a mile before it started raining hard enough that decided it was best if we turned back. 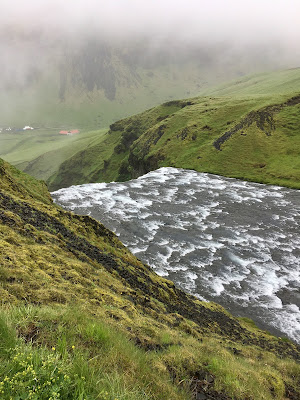 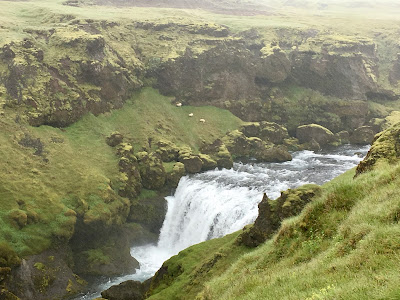 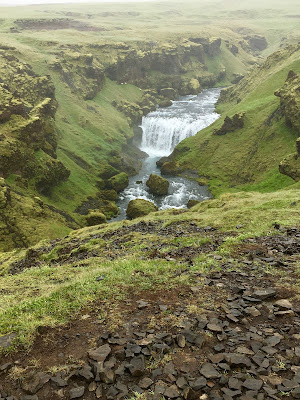 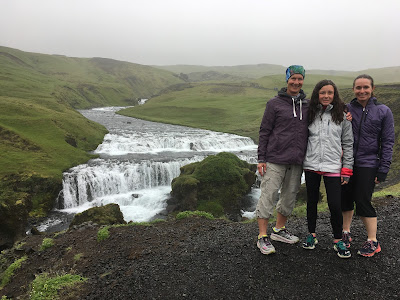 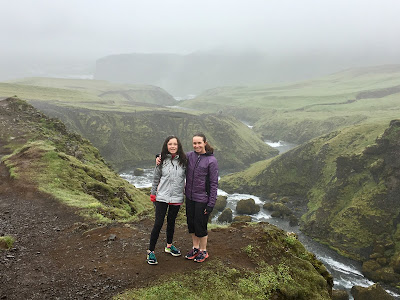 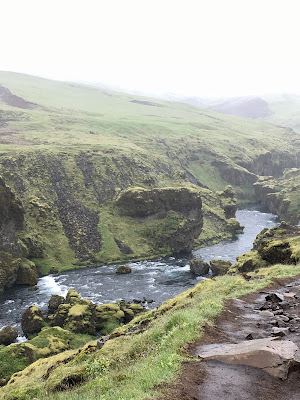 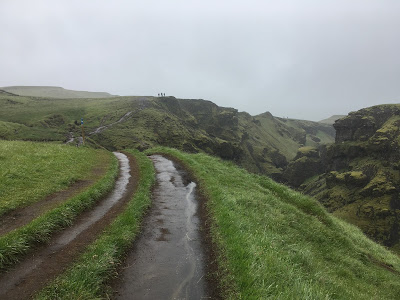 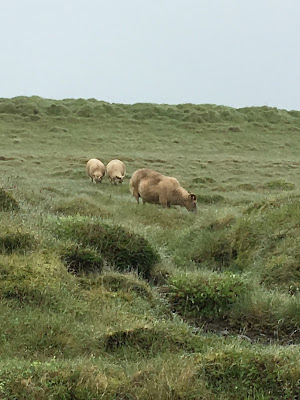 Half the fun of the hike was seeing if we could get any good pictures of all the sheep we saw. The way back was incredibly rainy and wet and muddy. None of us were incredibly happy by the time we got back to the car as we were all soaking wet. We still had the drive to Vik, although by the time we got there it was still raining and none of us especially wanted to get out of the car. We did walk briefly to the black sand beaches, however. 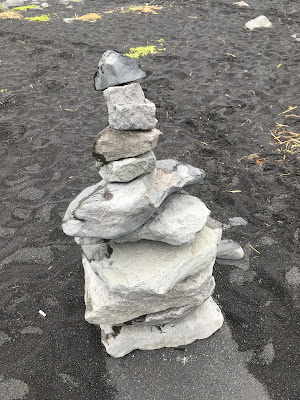 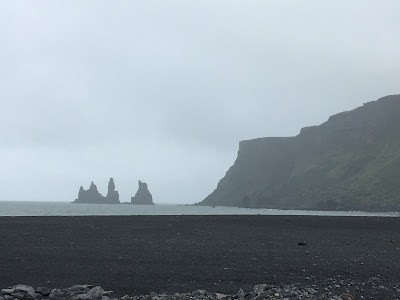 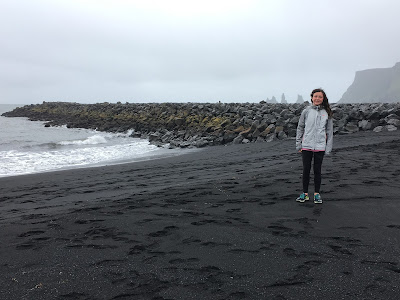 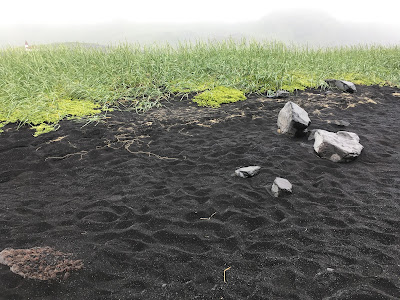 We attempted to do a tour at the wool factory, but the "tour" was really just a store with big windows where you could look at people working. On the way back we stopped a big parking lot. There was nothing to be seen, but we were told that there was an abandoned airplane somewhere. Even though it was raining, we decided to go out and see it anyway. After a mile and a half of running (yes, we decided to run this even though it was supposed to be a short walk/hike) we started asking people who told us we were only halfway there. We were all sick and tired of being wet, so we turned around. Oh well, we got a 3 mile run in. 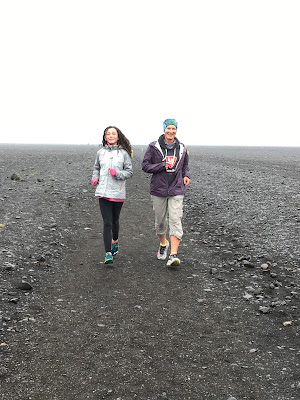 We didn't get back into town until almost 6:00. We made a quick stop by the mall, walked around, didn't see anything of interest. Dinner was leftover Domino's (yes, again) and beer. 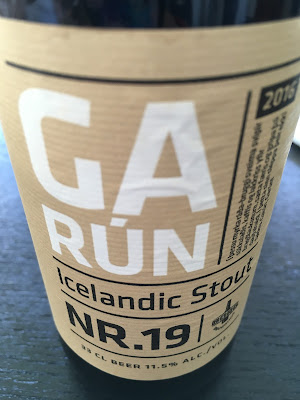 Finally, later in the evening, it was actually not windy and warm enough to sit in the garden. We did laundry and got caught up on our social media.