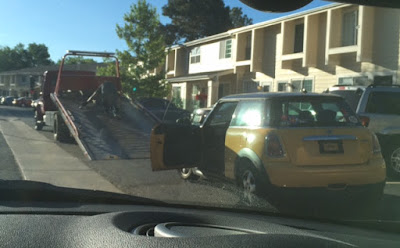 Denver run club! Our regular run club coordinator couldn't attend, and I was asked to head run club for the night! It sounds a lot more important than it really was, basically just stood on a chair and did announcements. Altra was there demo-ing shoes, and A tried on a pair and really liked them. I asked her which ones they were, and she said "the blue ones." That's super helpful!

Maureen wanted to get in about 4 miles, so we did a random route - which ended up being really pretty as we went by giant homes with beautiful lawns. There was supposed to be a presentation with Jason Schlarb (Hardrock winner!) but no one could seem to get it together. Went out to eat with Mo, Heather and Eric. Fun night!
Thursday (20,213 steps) - Barre with A before taking her to camp. 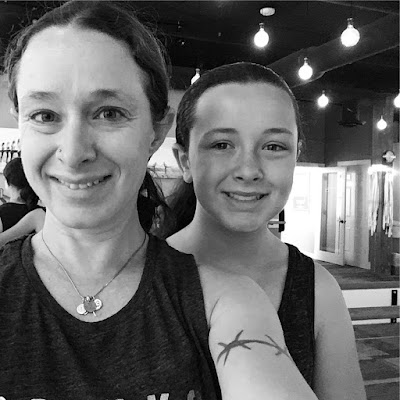 Belmar run club, which again, we were really early for. I ran with Mo and A walked with Heather and some other people.
It was stupid hot out. Summer is terrible.
Friday (15,851 steps) - Nothing! Stopped and picked up a pizza on the way home.
Saturday (20,981 steps) - Runners Edge season kick off at the Denver Roost. 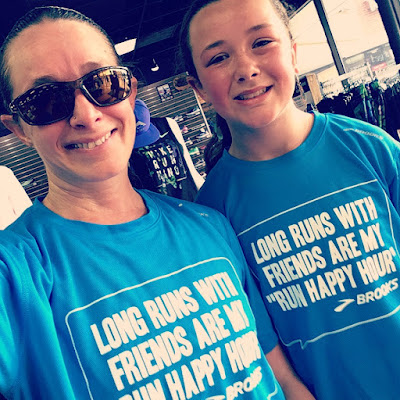 We had the aid station at the start/finish so we didn't have to leave incredibly early. We ran 6 miles with Heather and Doug and then hung around the store until about 10. Quick stop to get some new flats for work (and A managed to talk me into a pair of Converses) before heading over to Heather's house. Quick shower and lunch, then on to Gateaux, where we met up with Maureen for cake testing!
On to Olde Town, where we met up with Lisa and Jessa for the grand opening of Denver Beer's second location. We were having a good time on the patio until it started to rain... 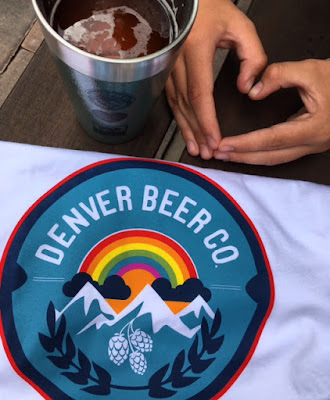 Tap & Dough for dinner before heading home.
Sunday (40,458 steps) - Had my alarm set for 4:12 in the morning. Being an ambassador and season pass holder for the Endurance Race Series for a second year means I run all the races... except that I'm going to be out of town for the newest race, the Eagle Trail half marathon. Jeff, the race director, allows pass holders to run the course on their own and still get credit for the race towards the series awards. Not knowing when else I would have the chance to run it, I opted to get up stupid early and drive to Eagle (which is about 20 minutes further away than Vail).

I had not used the mapmyrun app in so long that I didn't have the location turned on. Once I adjusted my settings it was actually very helpful! Shockingly, I had not looked at the profile or course. The first 1.75 miles or so were on paved bike path and felt like a gradual uphill. I had started the run at 7:00 and I was already feeling hot, there was NO shade. We finally got on some single track and looped around the golf course. There was one bathroom maybe 2.65 miles in, which I did not end up needing. The terrain was mostly jeep roads, which I don't love running on. My ankle, that I had twisted at Dirty 30, was screaming a bit. I hadn't taped it because it had felt fine during my runs earlier in the week. I had thought that there was a decent amount of climbing and was wondering where/when that would be. Well, about mile 5. Lots and lots of climbing... right around  mile 6 I accidentally turned the app off and then since I had no cell phone service, I couldn't use it properly. That's where my foresight in taking screenshots of the turns was helpful. 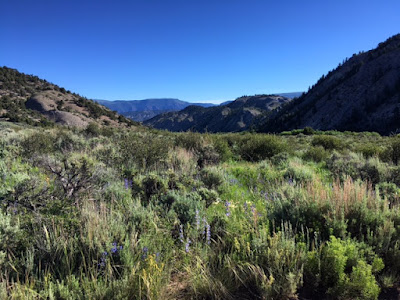 The last half mile or so to Hard-Scrabble road was pretty much the worst. When I finally turned around, it was tough to bomb the downhill because of the steep grade. Once I got through that initial mile of downhill, it leveled out a bit. The way back was exponentially better and it took me a half hour less to get down. I had been aiming for about 3 hours, and finished (long, I think the tiny out and back spigot I ran too far) in 3:04. 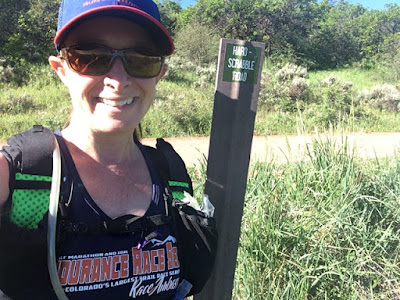 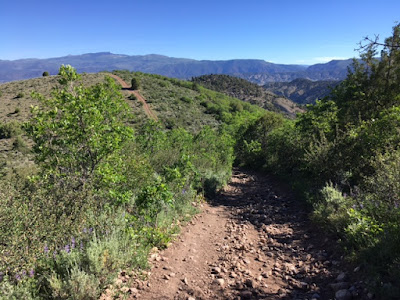 It was just after 10 am when I started the drive home, and thought (ignorantly) that I left early enough to miss the weekend mountain traffic. It was stop and go all the way from Georgetown past Idaho Springs. Got home shortly after 12:30. A had made me the most adorable and touching card for Father's Day - she is such a great kid! 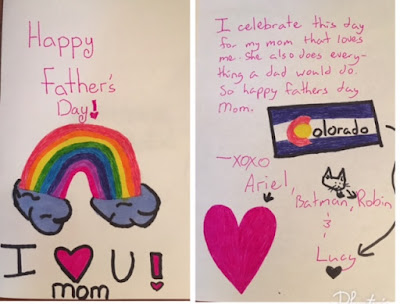 After lunch we went roller skating for a few hours, quick trip to the store and then picked up Tokyo Joe's for dinner. I ended up having to take a nap at 7 pm because I simply could not keep my eyes open! Got most of the packing done, which was a big relief.
Monday (14,165 steps) - Barre. Heather had picked up A so they could have a girls day. While I was out to lunch with Janna, they messaged me that they were right down the street, so I went to say hi to them before my break was over. After work I drove over to Heather's to pick up A. Re-packed and double-checked everything.
Tuesday (14,316 steps) - I had thought about going to barre in the morning but decided to sleep in instead. Triple checked packing. Torchy's Tacos and packing (again).