We got up early as we had a long list of things we wanted to do. After a breakfast of Icelandic yogurt, we started the drive to the Golden Circle. One of the best parts of having a rental car was being able to stop anytime we wanted to get pictures. 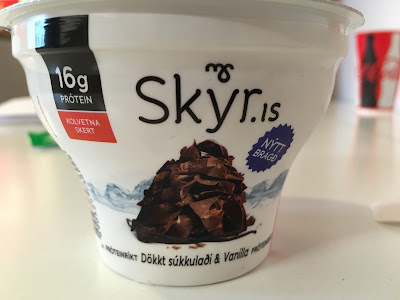 Our first stop was the famous Gulfoss waterfall. It was a short walk to the waterfall, where we took tons of pictures. I had worn the Newtons that I had glued together the night before, but sadly, the soles started to come unattached again. I guess it's a good thing that I figured that out BEFORE I needed to run in them. 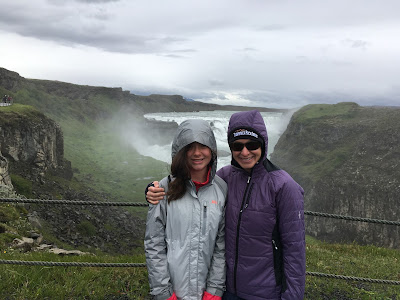 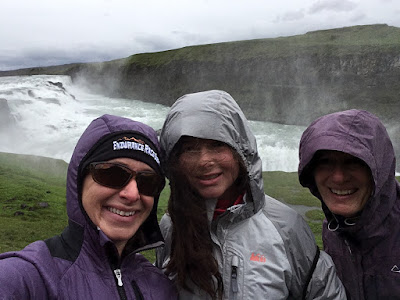 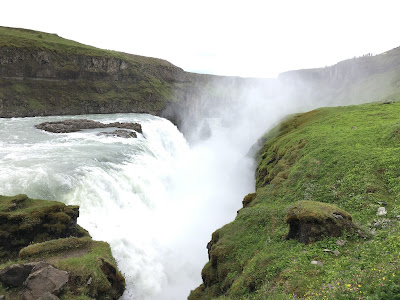 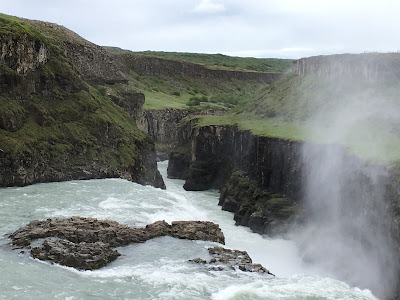 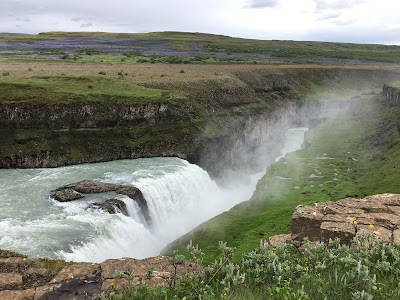 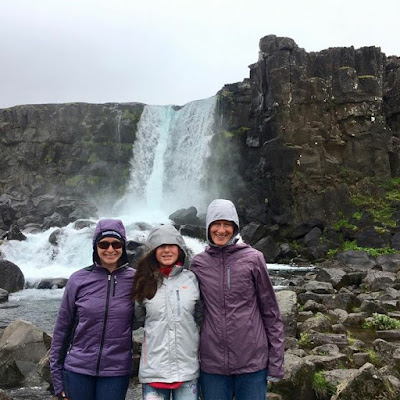 So after my road shoes, the yellow Newton Distances fell apart, I decided to put on my other pair of shoes, my New Balance Vazee Summit trail shoes. Turns out, these are falling apart too (with only 43 miles???) 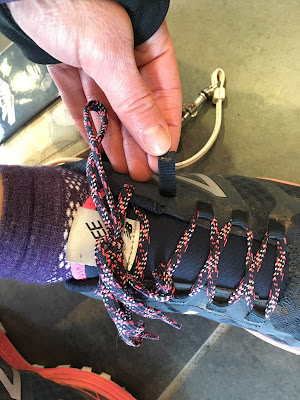 When we got back to the trail head we went into the restaurant to get cake to celebrate Maureen's birthday. A got a hot chocolate. Mo got coffee, and I, of course, got a beer. 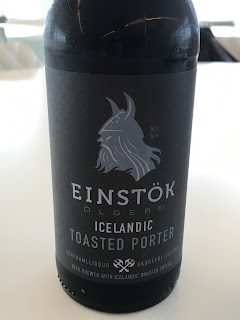 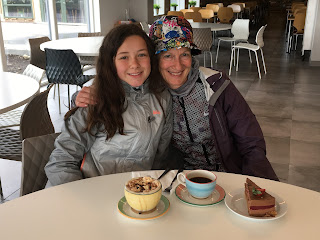 We then headed back, stopping at Geysir. Imagine Yellowstone, only on a smaller scale. We took some pictures, walked around, then went to the gift shop so Mo could buy some souvenirs. 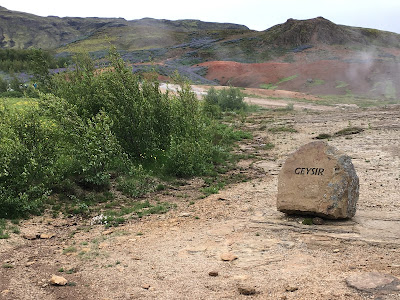 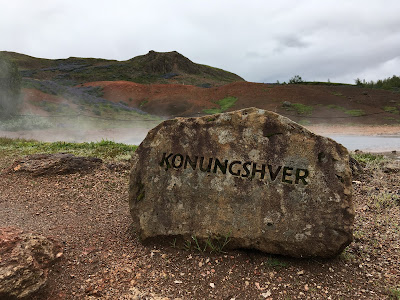 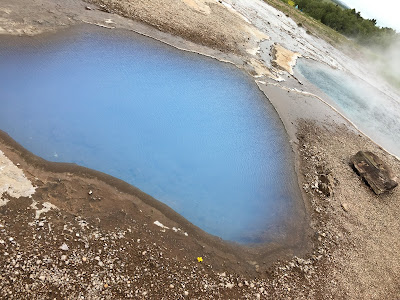 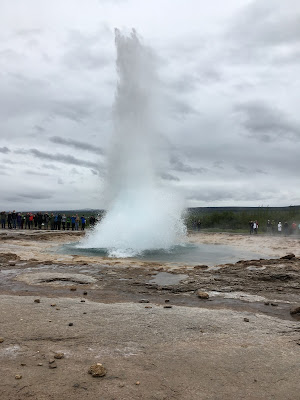 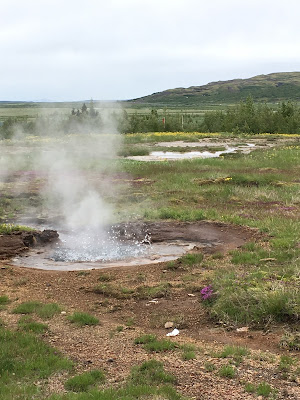 We still had some time so we went to the Pingvellier National Park. The first place we had to pay for parking, but $4ish for parking at a National Park (that had no entry fee) was no big deal. There were a lot of tourists and it was very windy and lightly raining. We enjoyed looking at more waterfalls - pretty much what Iceland is known for. 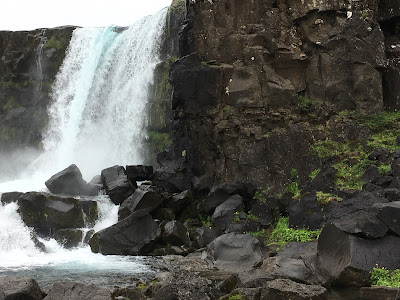 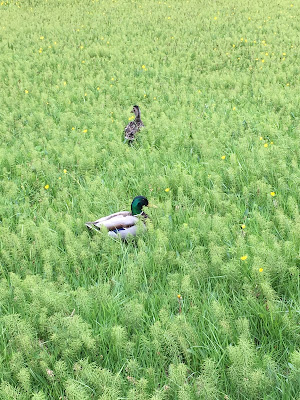 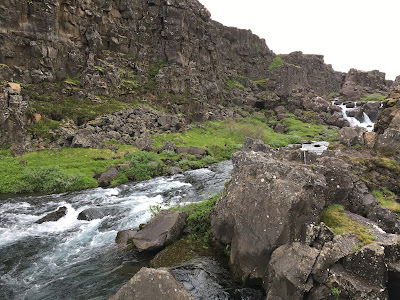 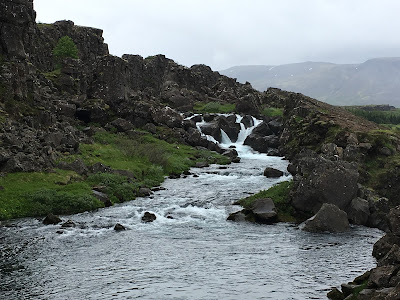 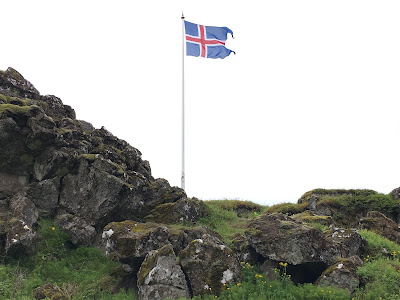 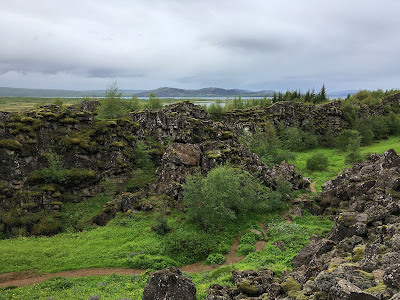 We got back to our Airbnb around 3 and decided to nap until about 5:00. The nap helped a ton. Trying to catch up on sleep, especially when it never gets dark, is tough. We then drove to pick up our packets for the Midnight Sun Run - the half marathon that we were all going to be running. Packet pick up was super quick, just got our bibs and a timing chip. 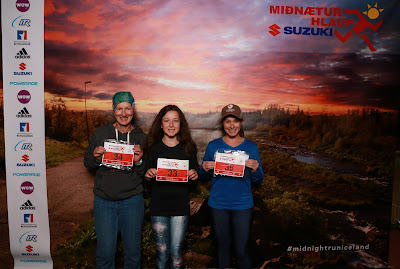 We then had to buy the race shirts, those apparently didn't come with our registration. We quickly stopped at Domino's (yes, again) for pre-race dinner and then Krispy Kreme for donuts. 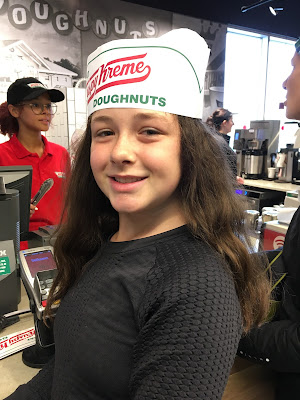 We barely had enough time to eat some pizza and get changed before we needed to head back over to the sports hall for our race. (Race recap separately).