I had hoped to sleep on the plane. The flight was only supposed to be 4:55, so I didn't think that would really be enough time, especially since I was jittery.

Decided to order a drink and watch another movie, this time "Hidden Figures," which I really liked. It's been a LONG time since I was on a long flight. I did not have any luck sleeping, in fact, only managed to close my eyes for maybe a half hour before I just gave up. Tried watching a few episodes of "Two Broke Girls," which may be the worst show I've ever seen.

We landed about 20 minutes earlier than scheduled, but we were delayed for a bit waiting for a gate so that we could de-plane. Since we were in the second to last row it took ages to get off. The line for customs was insane, probably took 45 minutes to an hour to get through. 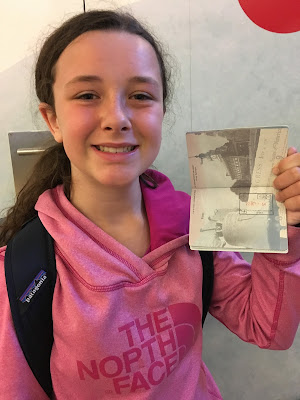 We stopped at Dunkin' Donuts on our way out, and had our first realization with how much things in Iceland cost... For Ariel to get a donut and a hot chocolate, and me to get a coffee was about $15?! And that was just plain coffee. Eeek!

We exited the airport and took a five minute shuttle to pick up our rental car, which probably took another half hour. We were not able to check into our Airbnb until after 2:00 pm, so we loaded up the car, programmed the Garmin and decided to sight see on our way. Our first stop was the Blue Lagoon. 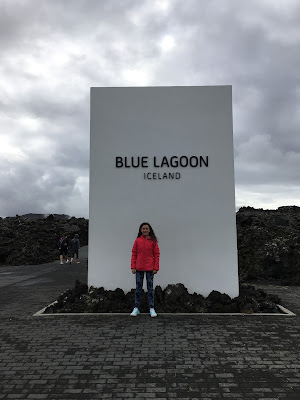 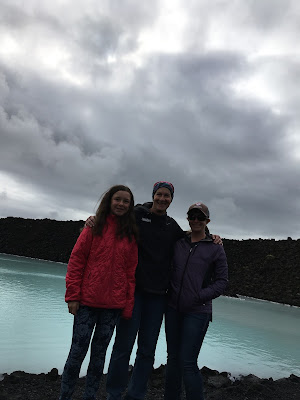 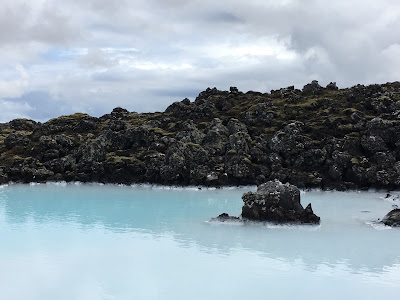 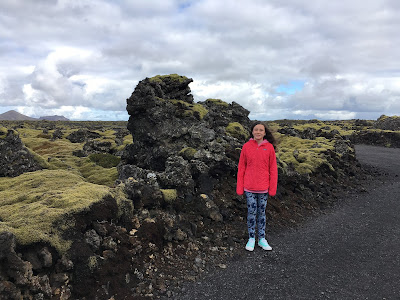 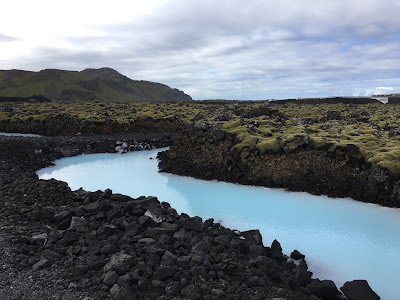 We were starting to get hangry, so we drove near the harbor in hopes of finding a restaurant where we could possible do some whale watching. We ended up going to our first Icelandic brewery, where we realized it was too expensive to eat out, and even the beers were insane (think $12 for a pint??) But hey, we are on vacation, so Mo and I each had one. 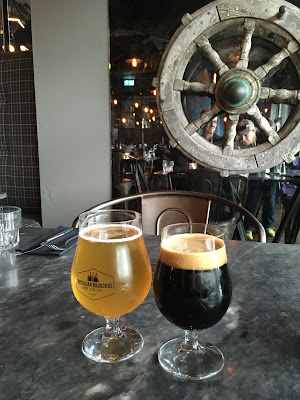 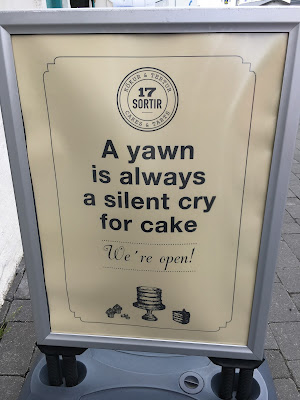 We were also on the lookout for glue, as my shoes (second pair of Newtons in less than a year) started to fall apart.... D'oh!!! 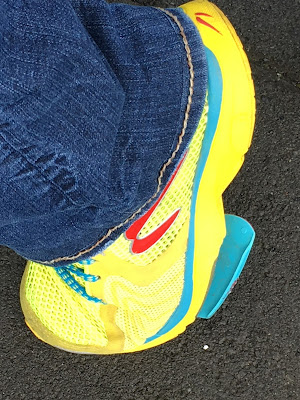 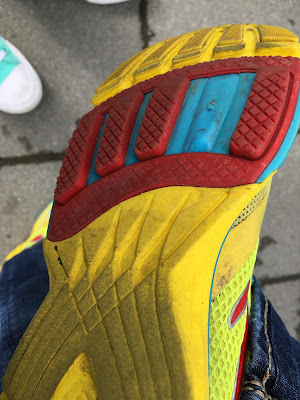 We then walked across the street where we had our first taste of some delicious Icelandic pastries. We decided that while we were near the harbor that we would sign up for a Puffin tour. We did not find glue, but we did find the puffins. 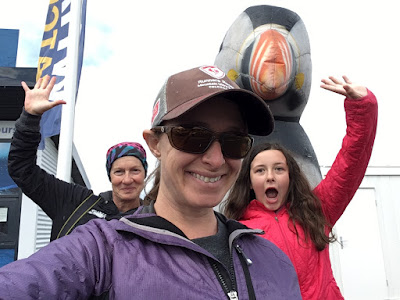 Our tour was an hour long and included a ride on a small boat to Puffin Island. We were able to see the puffins, but not super close up and, sadly, not close enough to photograph well. The captain of our little boat was a great storyteller, however, I dozed off and missed most of his story. 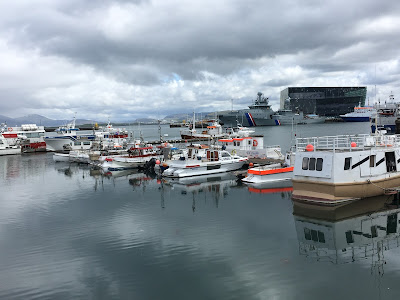 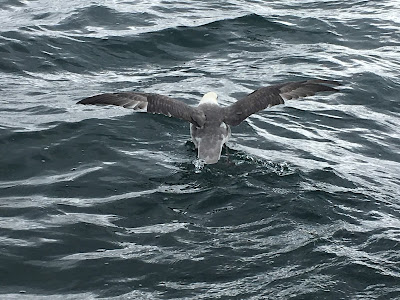 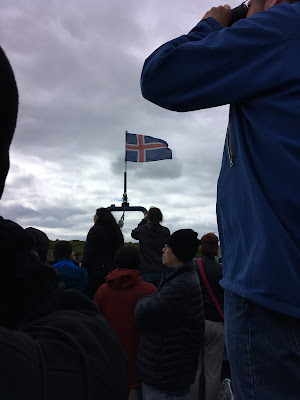 We then drove into town and checked in at our Airbnb. We had a bit of trouble getting the key to work, but once we were in, we were impressed with our cute apartment. We decided to go to the store to buy some groceries so that we could (hopefully) save some money on food. Driving in Iceland is quite the adventure, and THANKFULLY, we rented a GPS so that we could find things. No way we can pronounce anything, there is no such thing as "blocks," there are tons of roundabouts, and streets very often look like alleys and/or parking lots.

We finally managed to find a grocery store, where we spent an obscene amount of money on bread, yogurt and lunch meat, then desperately tried to find a clothing store to buy warmer clothes for our race. We were not successful. We also were unable to find anywhere that sold "real" beer (apparently, Iceland is like Colorado and sells expensive watered down 2.5% crap beer at the grocery stores), and ended up ordering a pizza from Domino's. (Which, by the way, was fairly "cheap" at $15ish).

Most of the evening was spent with me attempting to use a gel glue (I could not read any of the label, so I have no idea if it was even the right product to be using) to attempt to glue the sole and lug back onto my shoe. That was a lot of fun.