Tuesday (18,534 steps) - I was a bit hungover from the birthday extravaganza, so I slept in. 45 minutes on the elliptical after work.
Wednesday (24,147) - It has been COLD. So that meant layering so I could run outside. In the middle of May. 4 chilly miles in. (Really, I usually don't even wear this much clothes in actual winter.) 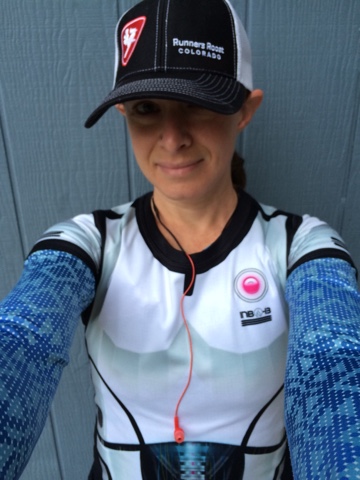 A got her first cast taken off, and the second one put on. This will stay with her until June 10. She has decided that no one will be permitted to sign the second one. 45 minutes on the CrossRamp. 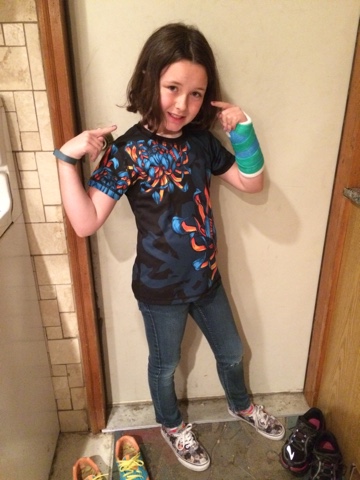 Thursday (19,524 steps) - Up early and did some slooooow miles in the basement inferno. After work A and I went to a high school graduation. I have been friends with this gal since *I* was in high school and her son was graduating. That made me feel old... 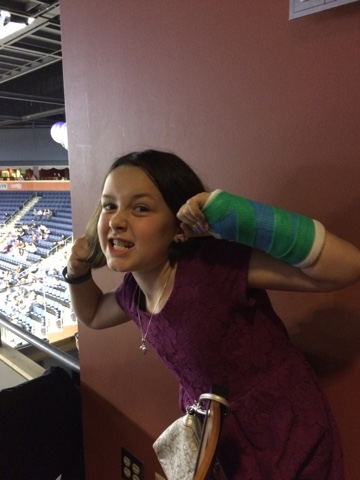 We didn't even get home until after 9. So late.
Friday (11,533 steps) - Got up early, put on an awesome outfit. Went for a run and came back less 15 minutes later. It is STILL cold, STILL rainy. I just couldn't. 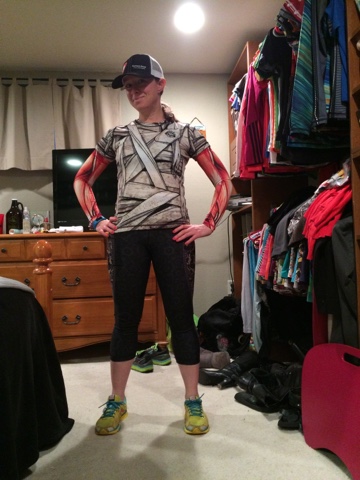 After work we met up with my mom at Chili's for her birthday dinner.
Saturday (22,809 steps) - Up early for a "long run" at Big Dry Creek. Turns out the light jacket was too much and I took that off after about 10 minutes. Everything is REALLY green right now. Remember when 7ish miles wasn't that big of a deal? I don't. 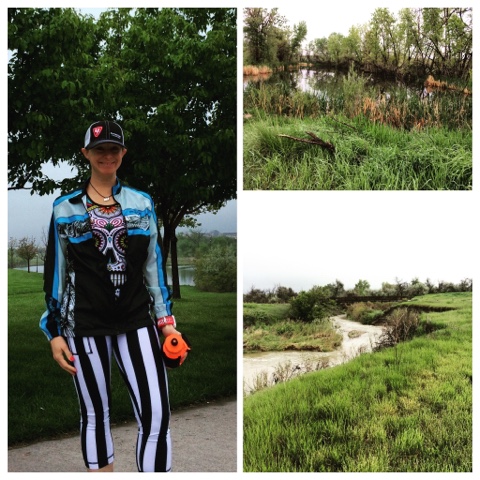 We headed up into the mountains for the huge party my friend was having for her son's graduation. A wonderful time with good friends and lots of food. Oh, and an AWESOME fire pit. 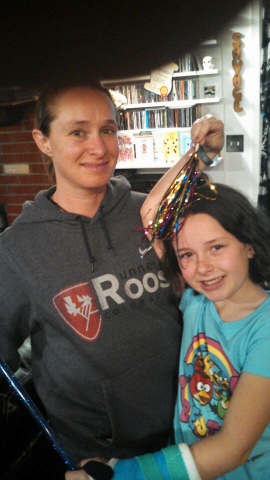 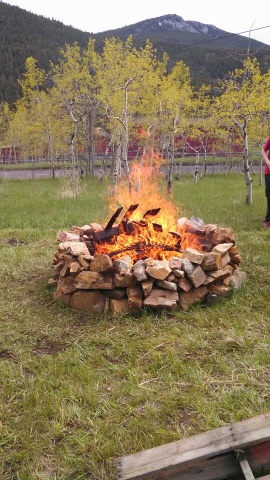 Sunday (7,581 steps) - No recollection of the morning other than I stayed in bed until after 10 am and felt like I had wasted my whole day. Spent the afternoon hanging out with Jessa and Lisa. A decided to spend the night over there so I went home and watched cat videos on YouTube.
Monday (34,805 steps) - Up crazy early so we could drive to Vail for our Memorial Day half marathon. We did not hit traffic either way so we were home by lunch. Unheard of for a mountain race. 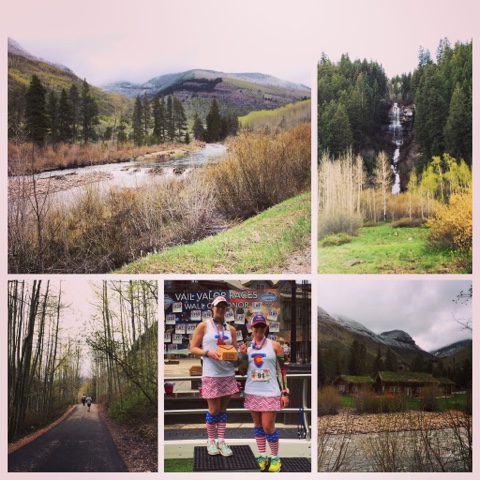 Got home, mowed the lawn and then L and I did a Fitness Blender upper body video. Family dinner at my parent's house.