Monday, May 25
Vail, CO
Half Marathon #132
Colorado Half #65
Weather - Cool, cloudy
Initially the Vail Valor half marathon was not on our race schedule. We were planning on running a half marathon in Colorado Springs on Saturday but it was canceled a few weeks prior to the event. We chose to run this event instead, hoping that we would not get stuck in holiday weekend traffic.
A spent the night with Jessa and Jackson since we had plans of leaving just after 5:00 am for the almost two hour drive so that we would arrive prior to the 8 am start. We made very good time (and saw a fox, elk AND big horn sheep on our drive up). Picked up packets and stayed in the car until about 10 minutes before the race started.
It was overcast and fairly cool - borderline long sleeve weather. I opted to risk it and just wore my singlet and arm sleeves. Turns out, it was fine.
The race started in Vail village, and the first few tenths of a mile were run on the cobblestones. I was trying to hang back as I had briefly looked at the elevation profile and noticed the first half was pretty much all uphill. Fire calves were back with a vengeance and I began taking walk breaks in after about 8 minutes. It was going to be a long day.
The course was on road and paved path, but I still really enjoyed it - because it was SO PRETTY!!﻿
﻿ 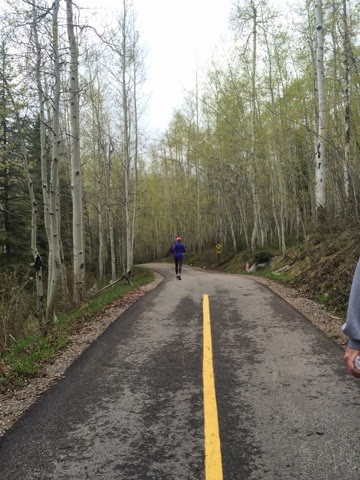 There were supposed to be 8 aid stations on the course so I didn't bring any water with me. The aid stations had Gatorade and water, as well as Honey Stinger products - gels AND waffles. The waffles are really the greatest, and I was really happy to see that had two of my favorite flavors - caramel and honey.
One of ﻿the cool things I had not seen before was the "snow line" on the trees. Looked even more amazing with the low clouds and fog. 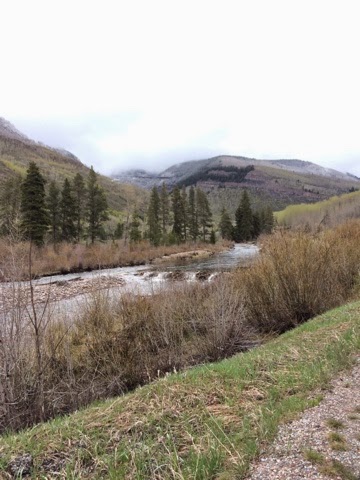 So basically, I was walking a lot in the first 6.5 miles and cursing the uphills, all while loving the gorgeous views around me. ﻿ 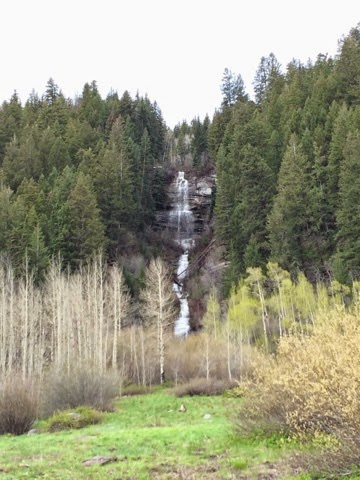 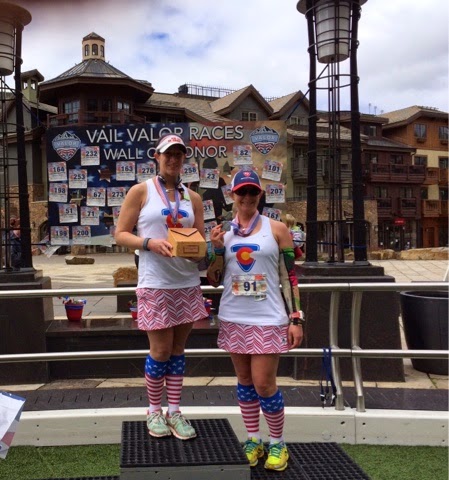 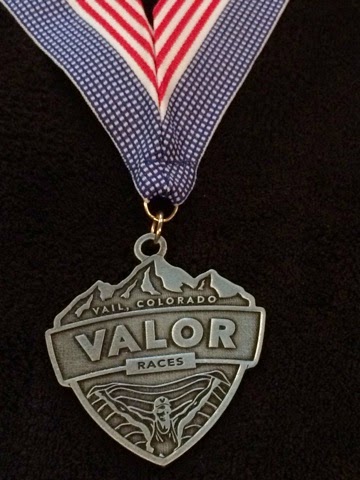 L got third in her AG, fifth female and I think 13th overall. She got a cool wood block for her efforts (and managed to run sub 2 on a course with a binbillion feet of gain).
Thoughts:
at May 27, 2015