This race might have been our cheapest race EVER. We registered opening day, March 1, for $30. Yes, $30. There was a no-shirt option that saved us $5 (so technically, most people probably paid more), and there were NO FEES.

On Saturday morning I was up at 4:03 am in order to drive 2.5 hours southwest to run the Run Blossom half marathon in Canon City. The drive was long and uninteresting (mainly because it was still dark.

We found the general vicinity of the race without issue but drove around the block to find out where we were supposed to park. Of COURSE our buddy Ross (also from Arvada) was pulling in at the same time. We walked over, picked up our bib, used an indoor(ish) bathroom and sat in the car until about 15 minutes before the race started.

There did not seem to be a ton of people but we were still concerned about a line for the bathroom. We did not have to wait. We ran back to the car for sunscreen and then headed over to the start. There were NOT a lot of people participating in the half. (The race has been put on for a few years - there is also a 5 mile and 5k option, but the half is only in its second year, maybe that is why the numbers are smaller).

The race started on time - 7:30. It was GREAT to start the race this early. The weather felt perfect but I knew it would warm up quickly. The first mile or so we were running on a bike path along the river, and then we crossed a street and ended up on some dirt - when I noticed this:

Uh. Are we running a trail race? There wasn't much information on the website and I sorta thought we were running a road race? My legs were tired and angry and I walked a lot of the hill on the way up. I enjoyed running on the non-technical dirt.

The reward, of course, were some gorgeous views of the valley and the river. 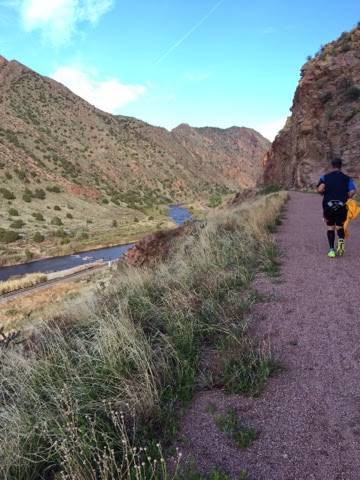 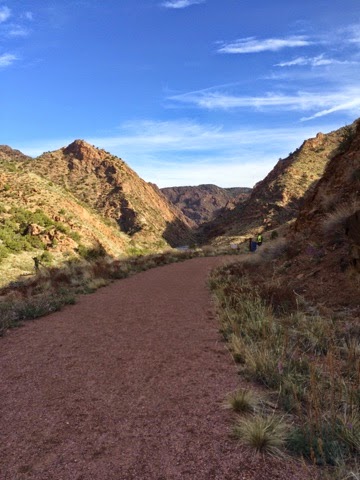 The first aid station was at mile 2. They had water, electrolytes and some "ultra-type" snacks including grapes and gummy bears. Then, we got to run through some cool tunnels (pictures to follow). Once I was through the tunnels I was feeling a bit better and run all the way to the turnaround (somewhere just over mile 3?) without additional walking.

The way back to the aid station I was still feeling good and really only stopped for some tunnel pictures: 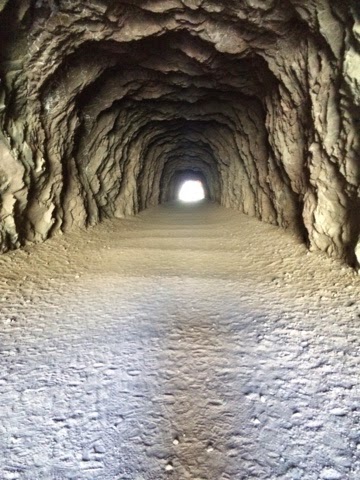 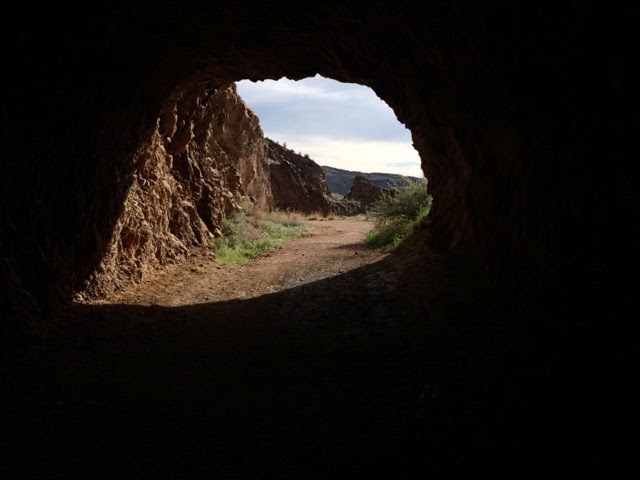 Back at the aid station, grabbed a grape and some water and headed out. It was starting to warm up already. So the question was... where would the course go now? We had been running on the Arkansas River Trail and I knew we would be coming back through by where we started. When it got within my line of sight I noticed a start line - with like 200 kids in matching green shirts lined up. The race director announced for them to let me run by. That part was kind of cool - it was like the parting of the Red Sea and all the kids were screaming and cheering for me. I totally felt like a celebrity.

In the midst of the commotion I missed the aid station at mile 6 (right by the bridge where the finish line was). Dang I was pretty thirsty. I kept going and when I got out of sight of all the people I took a quick walk break - just as the hundreds of kids started to zoom past me.

On one hand, it was kind of nice to no longer be running alone. On the other hand, did you know that most kids have no idea what race etiquette is? Sometimes they would just stop in the middle of the path and tie their shoe or were running 5 across. Either way, it was certainly a bizarre colliding of distances.

We were apparently still on the Arkansas River Trail and after the 5k people looped around and turned off it was much less crowded. And really pretty: 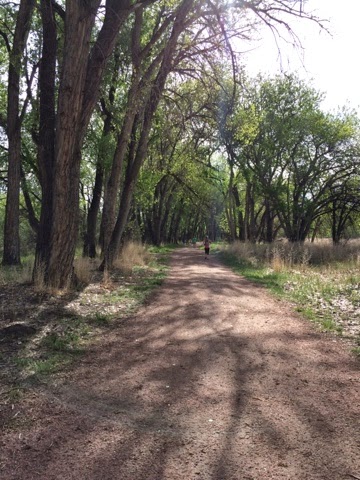 Heading into the aid station around mile 8.5 I saw L, so she was fairly far ahead of me. There was a decent sized hill at mile 9, and then we finally turned around somewhere around mile 9.75 or so to head back. These last three miles LASTED FOREVER.

I was probably the most tired I have been in a race in a LONG time. I have been struggling for a while anyway, and even though the last miles were fairly flat, I was just... done. I walked a lot. There was a gal in front of me that I kept thinking I could catch and finally with about a half mile to go I just let her go. I just had nothing in me.

Finished just under 2:30, which was pretty disappointing when I thought I would be on track for finishing closer to 2:20. But the course and the views made up for it. It was a really pretty race. 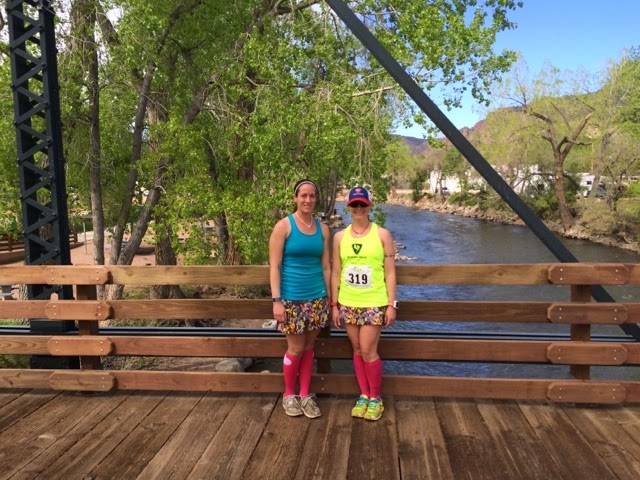 After we got our finisher picture I asked L if she wanted to stick around and see if she had place. The race director said he was getting results ready and offered to do half marathon awards first since L was, in fact, third overall female.

Turns out they also did age group awards! Since the race was so tiny I managed to place 3rd in my age group (there were actually two ladies that finished after me), so I ended up with a keychain award. That was very cool and unexpected. 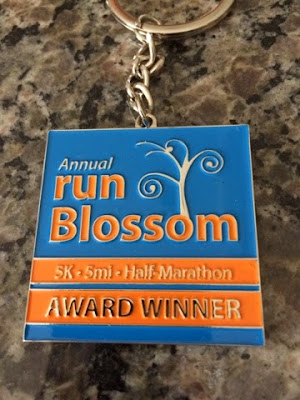 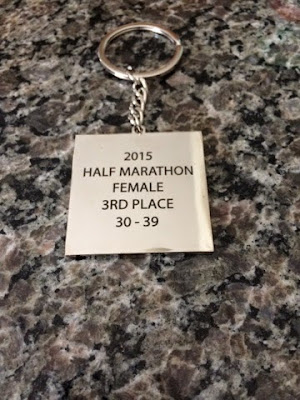