Tuesday (18,077 steps) - Went to the gym with plans to do a hill program of some type. After I had been screwing around and had only gotten maybe a half mile into my run, one of the teachers from the Kid's Club came over to tell me that A had hurt herself and was pretty upset. I grabbed my stuff and headed in to see her shaking, crying and freaking out. She had been trying to show her friend how to do a back bend and for some reason the two were holding hands. Not sure of who let go or what happened, but A fell back "wrong" on her wrist. I opted to take her to urgent care - where it was confirmed... fracture.﻿ 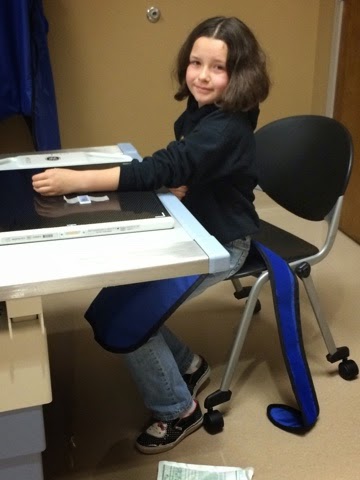 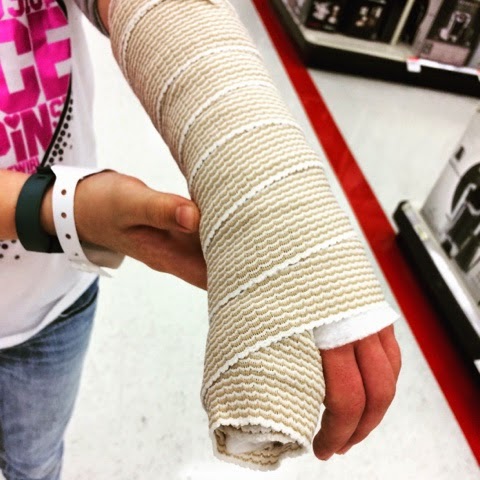 Wednesday (22,108 steps)﻿ - A still wanted to go to the gym. I tried to run on the treadmill, got a little over three miserable, chafing miles in. Blah.
Thursday (25,399 steps) - An hour on the elliptical.
Friday (17,155 steps) - A had an appointment to get the "real" cast on at a super inconvenient time. I skipped going to work in the morning and watched some tv while she was in school until it was time for her appointment. She opted for green and purple. 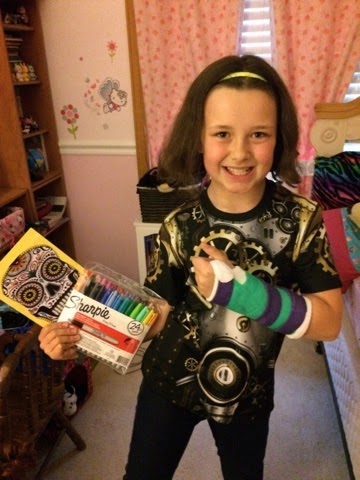 Saturday (18,193 steps) - L and I were supposed to be running the Arvada Park to Park inaugural half marathon. Due to a week of non-stop rain a lot of the half marathon course was flooded so it was canceled at the last minute (like 2 in the morning). We opted to run the 10k instead, and A ran the 5k. (Recap to follow).﻿ 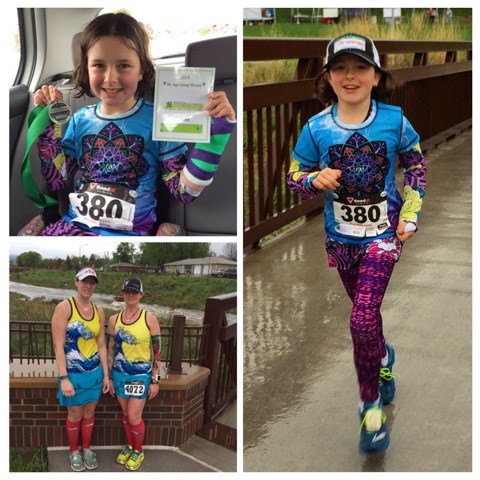 I had plans to meet up with Jessa, Jackson and Lisa at 3. We hadn't hung out in a LONG time. Imagine my surprise when we walked in and they had thrown me a mini surprise party! (My birthday isn't until the 18th, but this weekend worked better for us all). They got me Voodoo Doughnuts, a cheese plate, vegetable and fruit trays, stout beers I hadn't tried and we ordered pizza for dinner. THE BEST NIGHT EVER. These gals are the best!!﻿ 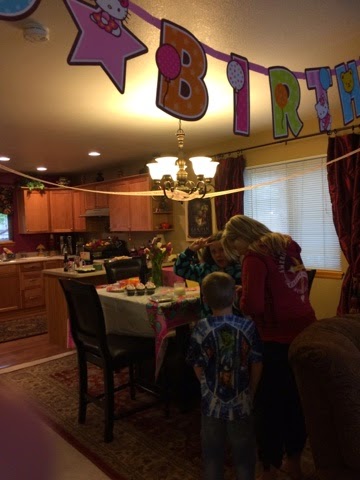 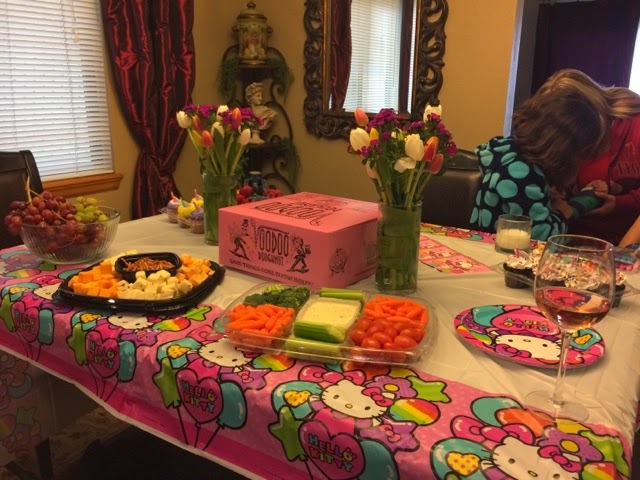 Sunday (22,247 steps﻿) - L had opted to run another 10 in the morning. It snowed (A LOT, like 5 inches) overnight and I wasn't feeling up to it - especially after all the fun food from the night before. Since it was Mother's Day, A woke me up with coffee and breakfast. We had NO plans with such a blah day, so we watched movies. I walked (yes, walked) - 8.5 miles on the treadmill. Yikes. 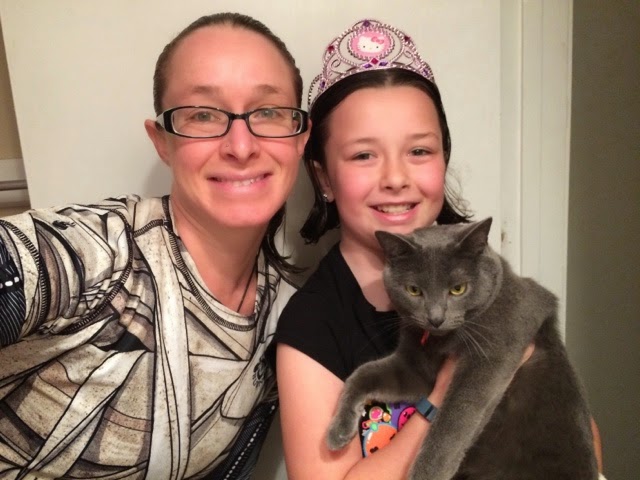 We had dinner at my parent's house with all the family - it was pretty nice.
Monday (29,254 steps) - I did a "virtual run" with some of the INKnBURN fan club ladies. I actually got up early and ran 6 (very very very slow) miles on the treadmill. I honestly can't remember the last time I did that many miles during the week OR the last time I got up early during the week to exercise. A still wanted to go to the gym so we went for a bit - 40 minutes on the elliptical.
Stats
Everything Else
at May 12, 2015