So if you aren't from Colorado you might not know that we have had INSANE amounts of rain for the last few weeks. Many races in Colorado had been cancelled as a result. Many trails are closed.

Up until the night before, we imagined the Arvada Park to Park half marathon was just going to be a wet and muddy mess on the bike paths and roads the course was supposed to be on. At 1:45 in the morning the race director sent out an email saying the half marathon was off due to crazy amounts of flooding in the second half of the course. The shorter distances (10k and 5k) were still on.

So... we headed (literally) down the street to the start line. It was cold and drizzling already. Below is a picture of the creek (which is normally MUCH smaller). 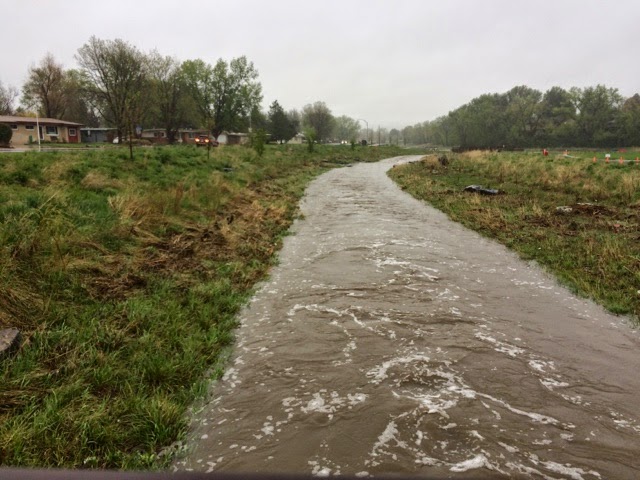 My dad had registered for the 10k, but since the forecast was wrong (the night before it said we would get a few hours of sun and relief from ran) he wanted to drop down to the 5k. It was pretty much a disaster trying to get him changed over. Three volunteers but only one seemed to be in charge of changing distances and fixing problems. I bet it took close to 20 minutes to get this changed over. Did I mention it was cold and rainy? We headed over to the bathrooms and then went back to sit in the car. We could not be outside. Too cold. 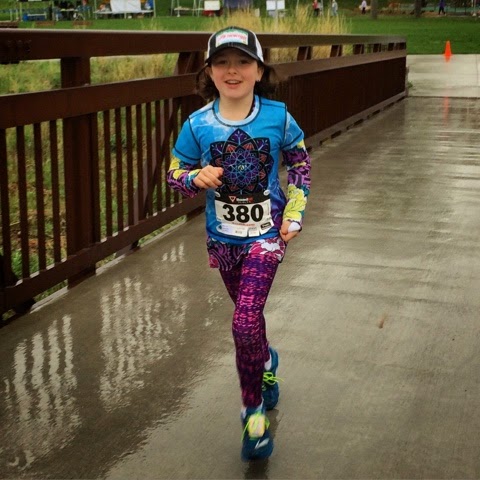 We stayed in the car until about 5 minutes before the start. I had plans to run the first mile and a half with A before she turned﻿ around to finish the 5k and I would keep going for the 10k. We started mid-pack and it was chilly but for the first 10 minutes or so it was NOT raining. We did a loop around a park and then she headed back. THEN, it poured. (See a picture below of A near the finish - I didn't find any pictures of me because I'm betting the photographers left...) 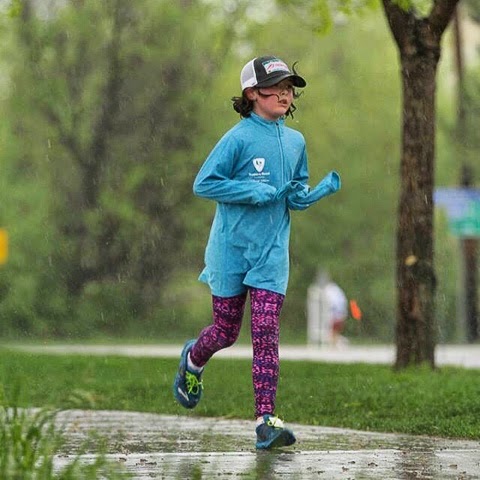 Meanwhile, I was feeling pretty good on the 10k course. It was cold and POURING but I was doing ok. I was on pace for a decent-ish pace and then I got to the hill heading back up to the park before we looped around and I walked a minute. I am so glad I hadn't run with my phone. I was drenched. Picked up the pace the last few miles. There was a ton of standing water about 2/3 of a mile from the finish, which was an unwelcome development.

Ran it in the best I could for the finish, and I managed to pass a few people in the last quarter mile. I saw everyone at the finish since we parked right there and L and I had to get our post race picture. I had chosen to run in the wave tank (appropriate for the amount of water we had, don't you think?) 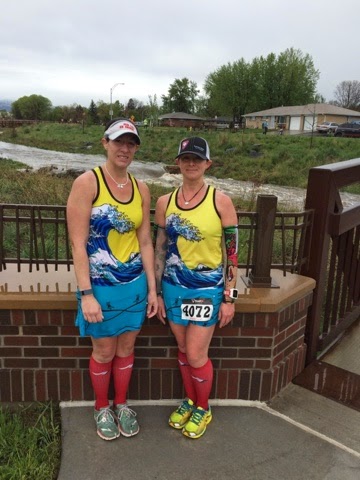 We stuck around so that we could hear the 5k awards. A managed to get second in her age group (again, just around 11 minute miles for her - and in a cast even!) and my dad got first in his division (he was really happy to have beat an 84 year old, lol). L and I had no chance.
﻿ 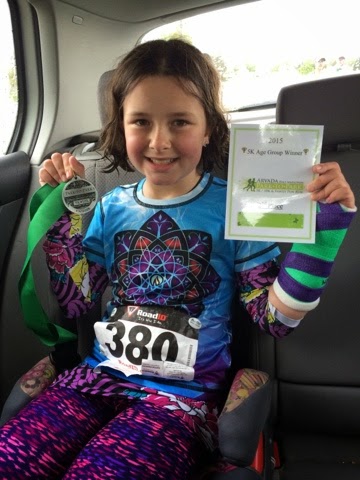 We weren't given medals at the finish but asked around for who was handing them out. People running both distances got one.﻿ 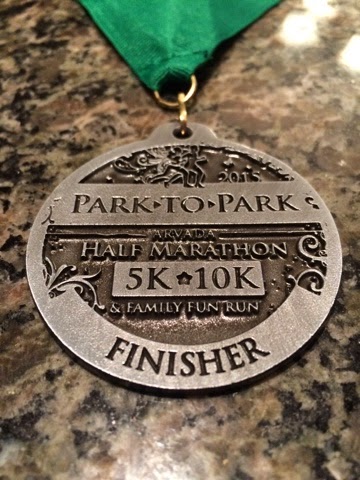